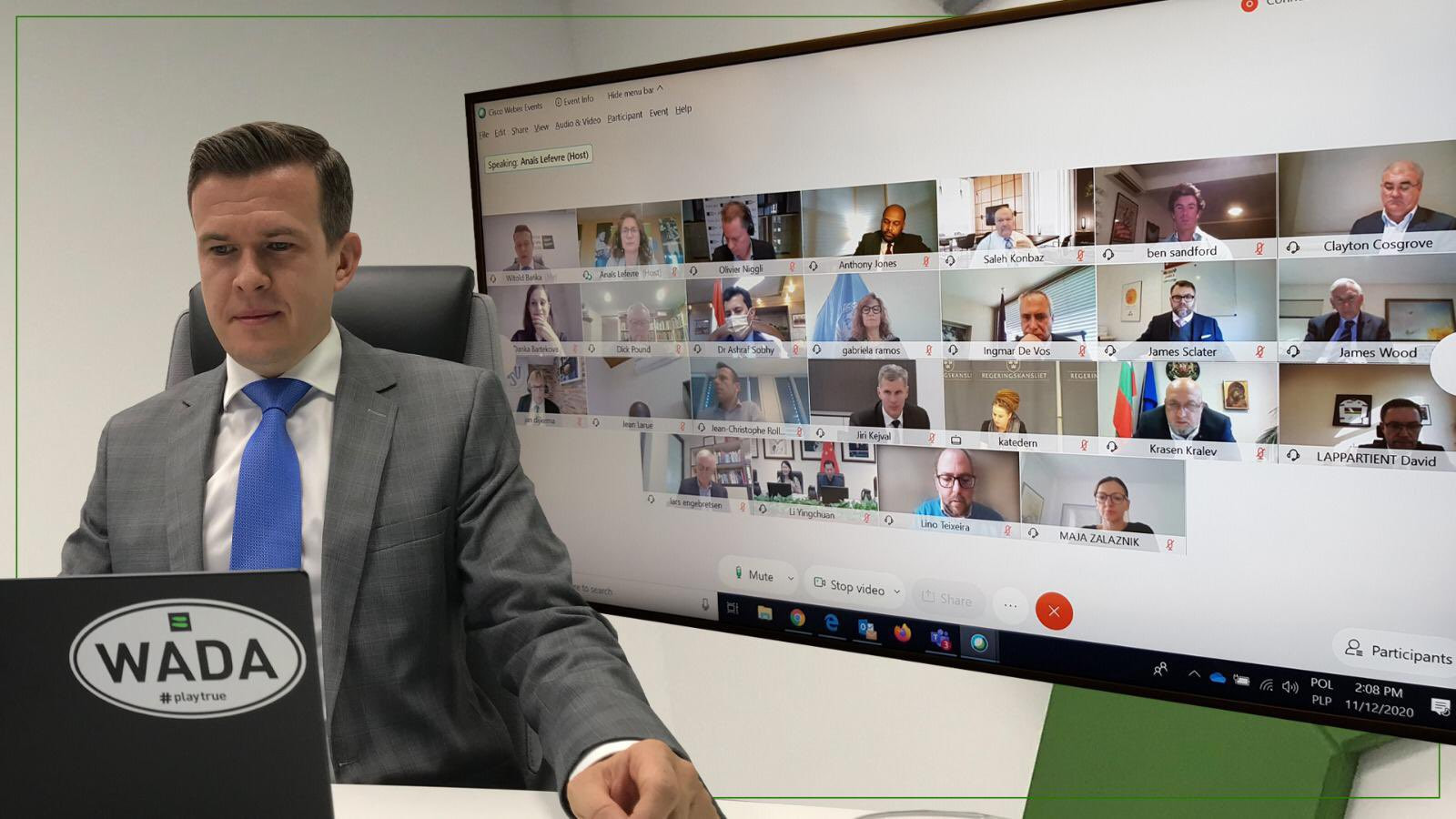 The United States has criticised the World Anti-Doping Agency (WADA) for raising the possibility of sanctioning countries who unilaterally withdraw funding or threaten to withhold their dues, as it sent another warning concerning its own financial contribution to the body today.

Relations between the US Office of National Drug Control Policy (ONDCP), which threatened to pull its funding from global anti-doping earlier this year, and WADA appeared to have cooled when the respective heads of the organisations met last week.

But they were again tested during today's WADA Foundation Board meeting, which included several fractious exchanges as well as the ONDCP telling WADA that withdrawing its funding over concerns with governance reform progress and its lack of representation at the watchdog was "the last resort".

The ONDCP funding withdrawal threat featured heavily in the meeting and led the WADA Finance Committee to present two versions of the 2021 budget - one with and one without a contribution from the US.

Anthony Jones, who represented the ONDCP in place of director James Carroll, was a vocal presence throughout today's meeting, criticising WADA for the pace of its wide-ranging governance reforms, the organisation's Nominations Committee and for beginning talks on potential sanctions that could be brought against countries who threaten to, or deliberately withhold, their agreed funding.

Jones said penalising public authorities that decide to withdraw funds was a "direct personal attack" on the US, while accusing WADA of contravening its desire to improve its relationship with the US Government.

Yesterday, I had a very positive meeting with the Honorable James W. Carroll of the U.S. ONDCP. We agreed that the partnership between WADA and the U.S. was vitally important and committed to a renewed path of dialogue and collaboration. #CleanSport https://t.co/84LnZPeqjn pic.twitter.com/583uWQZa8T

WADA insisted the agenda item was not aimed at the US, but President Witold Bańka conceded it had been triggered by the ONDCP's threat to pull its $2.9 million (£2.2 million/€2.5 million) funding to the organisation as that had "exposed how WADA’s rules do not address this risk and the weakness of the system" when it comes to Governments.

Jones had earlier attacked WADA's continued opposition to the Rodchenkov Act, warning it was "likely to harm" WADA's relationship with "both Congress and the White House".

He also hit out at what he claimed is an attempt from WADA to interfere in its sovereign affairs.

"The WADA 2021 Code has not even come into effect yet, and WADA is seeking to revise the Code to single out the United States Government," Jones said.

Jones also claimed the ONDCP "did not view WADA as an enemy" and that the country was open to further collaboration with the organisation.

"I am ready to work hand-in-hand with our colleagues with the United States," Bańka, who became WADA President in January, said.

"We need each other, we need to work collaboratively for the future of anti-doping."

Bańka repeated WADA's concerns with the Rodchenkov Act - which could enable fines of up to $1 million (£762,000/€846,000) and prison sentences of up to 10 years for those who participate in schemes designed to influence international sports competitions through doping if passed into law - and the watchdog's ongoing issues with a refusal from major leagues in the US to fall under the World Anti-Doping Code.

Sanctioning countries for failing to pay their agreed dues to WADA - funded equally by sport and Government - was also rejected vehemently by Australia and New Zealand, with the latter's representative Clayton Cosgrove calling it either an "absurd proposition or a massive coincidence of timing to say it's not related to the US situation".

Cosgrove also pointed out how 60 nations currently owe money to WADA, claiming the watchdog "might not have any members left" if such a rule were to be introduced.

WADA stressed that these discussions were at the earliest possible stage, with Bańka promising athletes would not be affected if it did pursue an avenue of punishments against Governments.

The debate led to WADA's founding President Richard Pound highlighting how only sports bodies who are signatories of WADA are open to sanctions under the code before he called on Governments to come up with its own proposals.

There are no provisions under the Code to take action against Governments who withdraw funding, threaten to do so or do not pay their dues - a point highlighted by Pound, speaking during his final meeting as a Foundation Board member prior to his term expiring at the end of the year.

"There are zero consequences on half of our stakeholders as there are none for Governments," said Pound.

"That is not an equal partnership anymore."

WADA chief financial officer Dao Chung admitted the organisation would need to make cuts if the US follows through with its threat, but said this could be offset by additional contributions from other Governments.