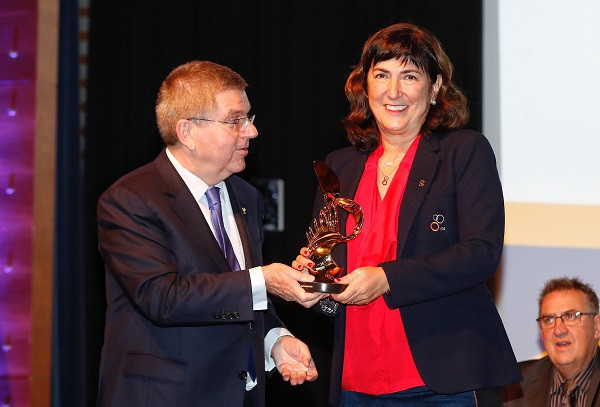 The International Olympic Committee (IOC) Executive Board has dismissed a complaint filed against Marisol Casado after its Ethics Commission found "no evidence of any personal unethical behaviour" by the World Triathlon President.

Casado, an IOC member since 2010, had been urged to resign in the official legal complaint from the World Triathlon Tribunal, which claimed she had committed "gross and multiple violations of the values, principles and regulations" of the organisation and the Olympic Movement.

The complaint from the Tribunal, exclusively revealed by insidethegames, was sent to the IOC Ethics Commission after the Association of Summer Olympic International Federations ruled it did not have jurisdiction to investigate.

It was filed less than two weeks before the World Triathlon election, where Casado is being challenged by Denmark's Mads Freund.

Casado had claimed the Tribunal's complaint was intended to interfere in the election, set to take place during World Triathlon's virtual Congress on Sunday (November 29).

The Spaniard will lose her IOC membership if she is defeated by Freund.

The IOC Ethics Commission said both parts of the complaint "were not related to the IOC" and ruled there was no reason for it to intervene as "there was no evidence of any personal unethical behaviour by Mrs Marisol Casado".

It added that the issue was "purely an internal matter" at World Triathlon.

The IOC Executive Board said it had dismissed the complaint "as no breach of the IOC’s ethical principles has been demonstrated".

The legal document filed by the Tribunal centred on a dispute over an event in Cuba in February and what the panel claimed was a deliberate attempt by Casado and the two other senior officials to remove them from their positions on the body.

It said Casado, Arimany and St-Jean "should no longer have any role to play in the functions they occupy" as a result of the alleged ethical violations, which the Tribunal described as "extremely serious".

The decision from the Executive Board comes as a boost to Casado, World Triathlon President since 2008.

The complaint, however, was sent to all National Federations who are set to vote in the election.