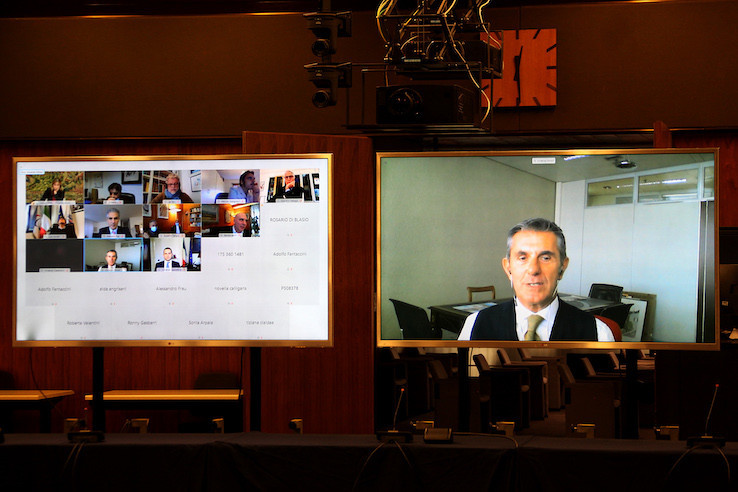 The Italian public is set to choose the official logo for the 2026 Winter Olympic and Paralympic Games in Milan and Cortina d'Ampezzo.

Members of the public will be able to vote for their preferred design online during the Sanremo Music Festival, scheduled to run from March 2 to 6.

The logo will then be revealed for the first time during a live television event called "Olympic Night" on Rai 1 as part of an agreement struck between the Organising Committee and the national public broadcaster.

Milan Cortina 2026 has signed a five-year Memorandum of Understanding (MoU) with Rai, the state-owned broadcaster which operates terrestrial and subscription television channels and radio stations in Italy.

Organisers said the MoU "represents the first step of a collaboration between the national broadcaster and the Organising Committee which, through a series of joint projects, will mark the approach to the Olympic and Paralympic Games of Milan Cortina 2026".

"From here to the opening ceremony, in fact, Rai and Fondazione Milano Cortina 2026 will work together, with the aim of raising awareness of the values of Olympic and Paralympic sport promoting the Winter Games, who will return to Italy twenty years after Turin 2006," Milan Cortina 2026 said.