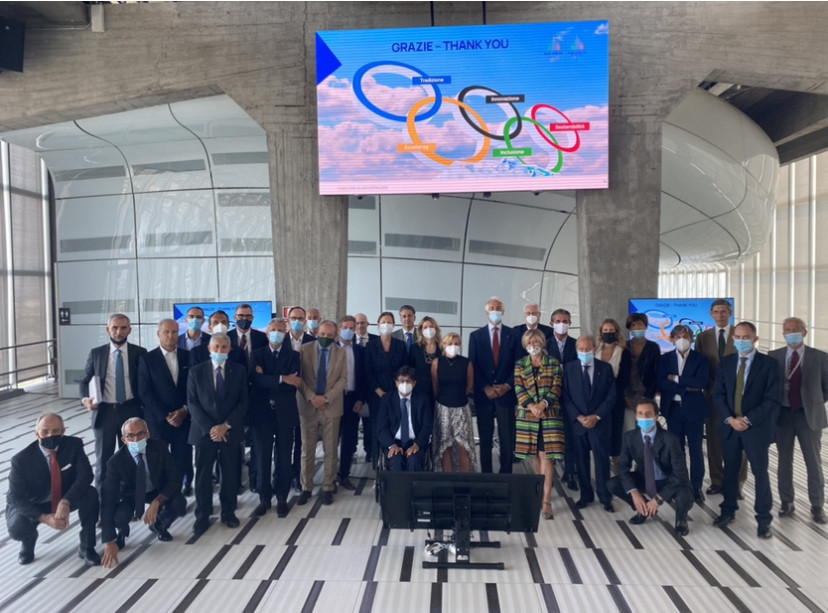 To mark 2,026 days to go until the Milan Cortina 2026 Winter Olympic and Paralympic Games, the Organising Committee held a two-day meeting.

President Giovanni Malagò and chief executive Vincenzo Novari led proceedings, with organisers insisting progress continues to be made in spite of the coronavirus pandemic.

"We are optimistic, positive and proactive," Malagò said.

"There is great curiosity and interest in this Olympiad because with the double candidacy of Milan and Cortina we have opened a new era: the project of a great innovative event takes off concretely, full of energy on the sports floor and light from the economic point of view and structural.

"Building less, building better and leaving a legacy for the future, these are fixed points.

"A vision to which all the councilors, both the representatives of the territories and institutions and those of sport, in these two days have contributed with a positive spirit."

The Italian bid won the right to host the Games in June 2019 and landmarks passed since then include the Italian Parliament adopting an Olympic Law which dictates the organisation and governance of Milan Cortina 2026.

Approval has also been given to start construction on the Athletes' Village in Milan - one of three set to be used during the Games - while ski lifts in Cortina d'Ampezzo and the surrounding areas are being upgraded to connect several resorts.

Cortina d'Ampezzo previously hosted the Winter Olympics in 1956, but Milan has never before staged an Olympic Games.

Cortina d'Ampezzo is also the venue for the 2021 Alpine World Ski Championships.

Italy last hosted the Winter Olympics in 2006 in Turin.

Organisers maintain that Milan Cortina 2026 will be an event where sustainability is prioritised, in accordance with the International Olympic Committee's (IOC) Agenda 2020 reforms.

Articles related to sustainability and the legacy of the Games were included in the Olympic Law.

Novari insisted that the Olympics and Paralympics "will leave a positive legacy well beyond 2026".

He added: "The project we have developed and which the Council fully embraces, combines sporting excellence and economic efficiency, the two criteria that will guide all our choices.

"The goal, with the help of the IOC, the Paralympic world, sports federations and representatives of the territories, is to create an unforgettable edition of the Games.

"The first that, as regards the operation of the event, will not use one euro of public money, leaving a light and positive impression of its passage."

IOC head of Games delivery Piers Jones participated in the meeting, as did Luca Pancalli, President of the Italian Paralympic Committee.

The Organising Committee is scheduled to meet again in late October.

The Olympic Opening Ceremony is scheduled for February 6 2026 in Milan's San Siro stadium.