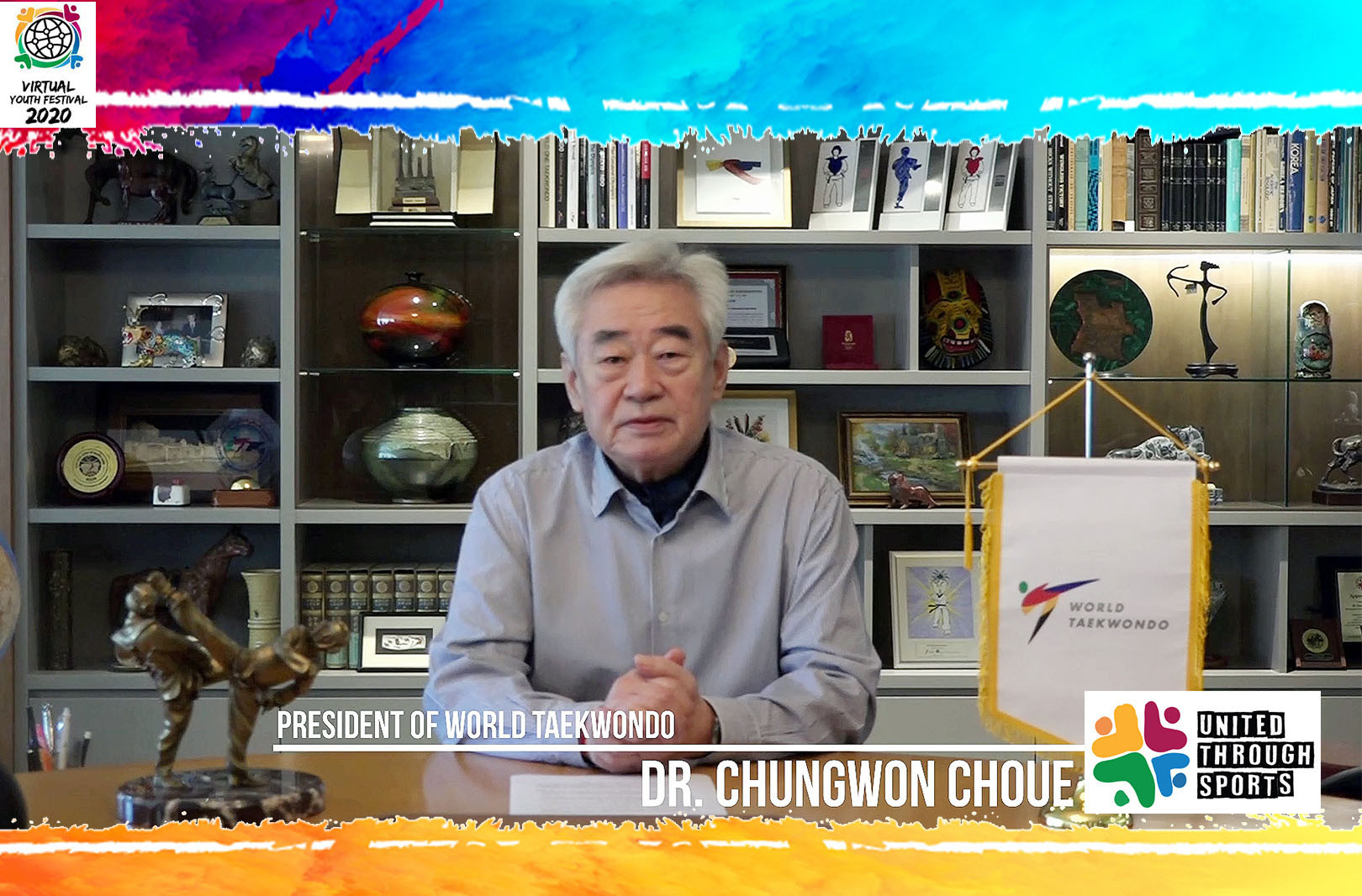 The World Taekwondo President discussed the work of the Taekwondo Humanitarian Foundation (THF), which was established in 2015 in response to the migrant crisis stemming from conflict in Syria.

It works to teach taekwondo to refugees and displaced people across the globe and has a flagship academy at the Azraq Refugee Camp in Jordan.

The work of the Taekwondo Peace Corps, which has seen in excess of 2,000 volunteers and coaches visit 40 developing nations to spread taekwondo and its values of friendship and peace, was also discussed.

James Chiengjiek Nyang, a member of the Refugee Olympic Team who ran in the men's 400 metres at Rio 2016, participated in the panel along with Vizer and Generations for Peace President Mohanned Al Arabiat.

The IJF's Judo for Peace programme, which dates back to 2007, takes the sport's values and a conflict-resolution approach to conflict zones and areas with social issues.

It is active in countries ranging from Canada to Zambia, Argentina to Afghanistan.

Addressing those watching, Vizer said: "My message for the youth connected to the World Virtual Festival, which is valid for all youth of the world, is very simple: sport will keep you healthy, in your body and mind as well.

"It will prove to be an irreplaceable tool for you to be a better citizen and to make a difference in the society in which you live."

Parsons led a 35-minute discussion on "Inclusivity, Equality and Non-Discrimination in Sport".

"Now is a time for innovation, to look forward and come back better," Parsons said.

"We do not always have the answers, but with a strong team, we're limitless and we'll continue to find the answers.

"This youth festival is an example of what can be achieved when like-minded people come together."

Panellists included Special Olympics Board member Ben Haack, who said that inclusion was not a "feel-good" item but a necessity.

International Sambo Federation chief executive Michal Buchel was also a guest panellist on the third discussion on "Sports as a Human Right, Human Rights in Sport".

Buchal talked about targeting realistic positive changes and uniting nations to make racism, homophobia and sexism something of the past.

"I might have limitations, but I can be a part of an inclusive global community and let people know I exist."

The final panel of the day focused on "Safeguarding Youth and Prevention of Harassment and Abuse".

On the panel was Colin Higgs, professor at Memorial University of Newfoundland, who outlined the children most at risk of suffering abuse in sport.

Body-shaming and verbal abuse were two of the dangers mentioned by Higgs, who also spoke about how best to safeguard children in response.