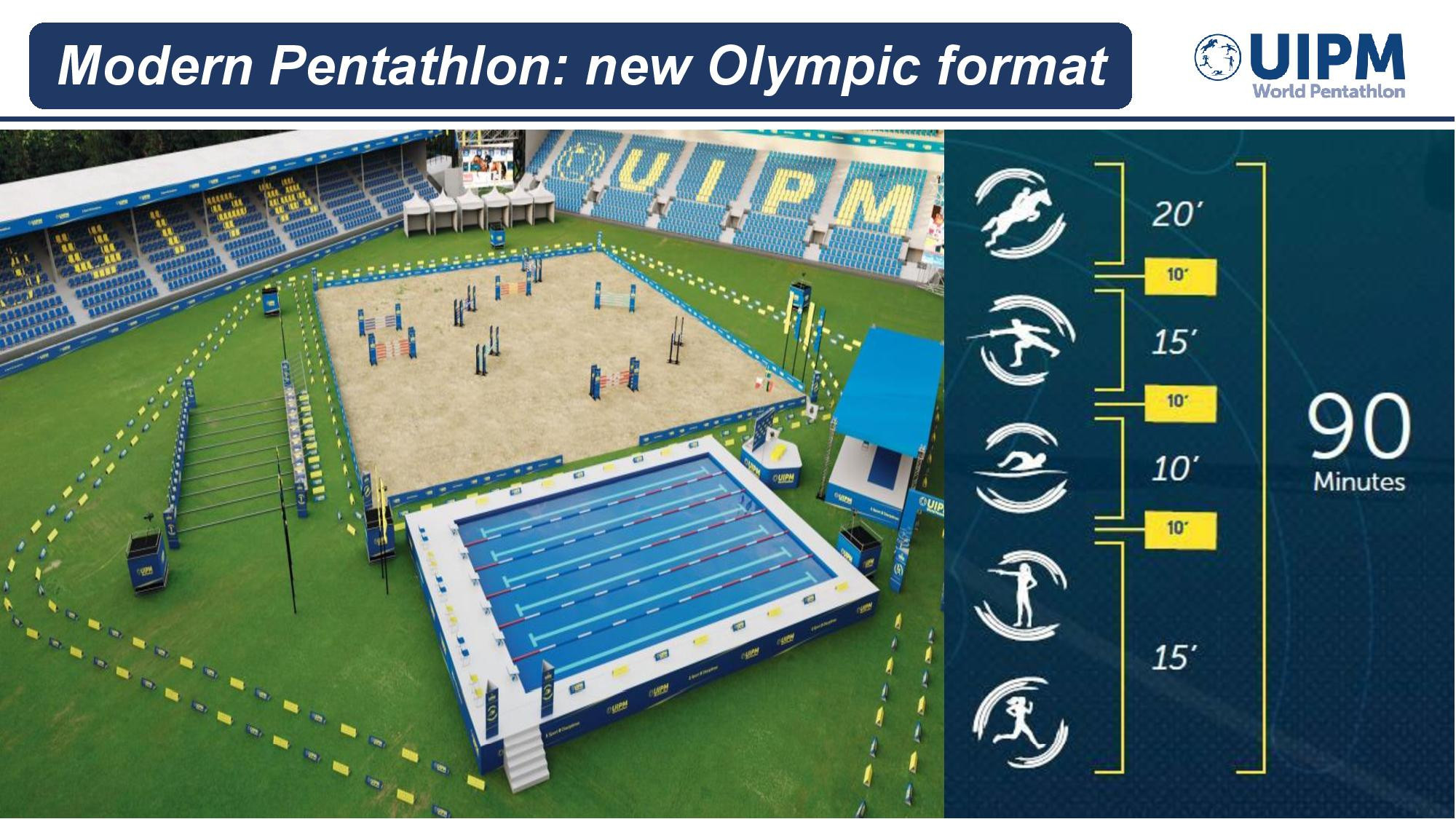 The Executive Board of the International Modern Pentathlon Union (UIPM) has approved a new format for the Paris 2024 Olympics, which will now feature a 90-minute event.

This 90-minute modern pentathlon will have an elimination system designed to reduce the overall length of the competition and create a more dynamic approach to the sport.

All five disciplines will take place in 90 minutes within a compact field of play.

Equestrian would feature first for 20 minutes, before a 15-minute fencing event, ten minutes of swimming and 15 minutes of the laser run.

Breaks are accounted for in between events too.

This new format also intends to be more broadcast-friendly, making it easier for viewers and spectators to understand the event in one sitting.

There is also a focus on making the Games more sustainable and efficient in future, making it compatible with the International Olympic Committee's (IOC) Olympic Agenda 2020.

Modern pentathlon was first introduced into the Olympic Games in 1912 in Stockholm by the co-founder of the IOC, Pierre de Coubertin.

Now, the IOC Executive Board will decide on December 7 whether to approve this new format proposed by the UIPM, as well as a proposal to add the mixed relay as an event for Paris 2024 too.

"We stand once again on the brink of a momentous landmark in the long history of our beloved core Olympic sport," said UIPM President Klaus Schormann.

"The modern pentathlon was originally a five-day competition at the Olympic Games.

"In Atlanta 1996 it was condensed into one day, and in London 2012 we combined laser shooting with running to produce a more exciting climax.

"At Tokyo 2020 we will have all five disciplines within one pentathlon stadium.

"Now, after two years of detailed exploration and discussion between all parts of our community, the IOC and Paris 2024 and Olympic Broadcast Services, we are ready to present something very special: a modern pentathlon lasting 90 minutes.

"We have presented our global community with a summary of the exciting new Modern Pentathlon format, which we hope will have a transformative effect on the profile and popularity of our Olympic sport.

"As UIPM President I am grateful to all parts of our global community for buying into this vision.

"The UIPM Executive Board has again demonstrated its commitment to innovation and we greatly look forward to presenting the IOC with our application for a new modern pentathlon competition format and an additional mixed relay category for the Paris 2024 Olympics."

The UIPM Executive Board made this decision following a vote in January in support of the format.

In September 2020, test events took place in Budapest in Hungary and Cairo in Egypt and received positive feedback.