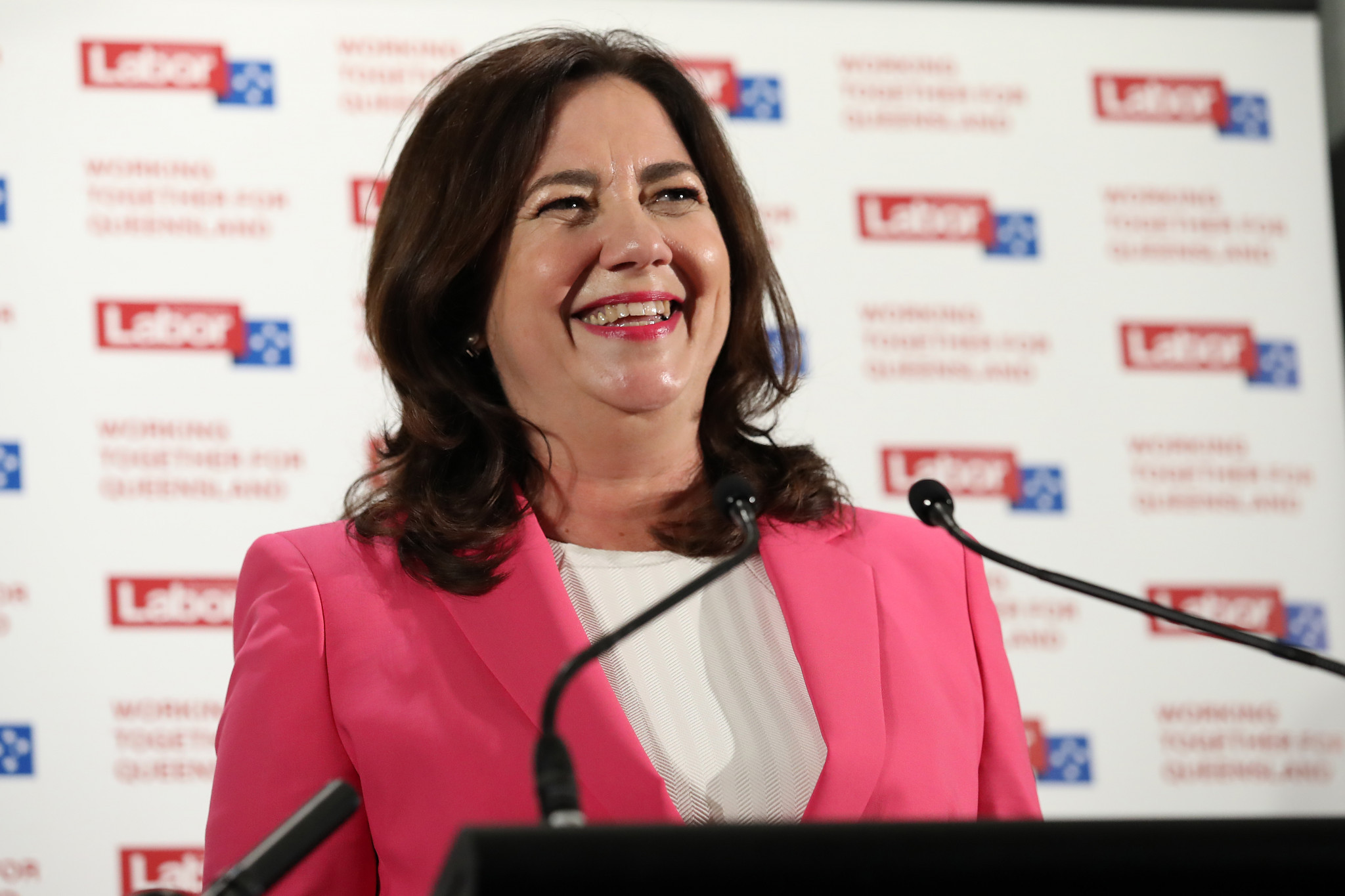 Queensland Premier Annastacia Palaszczuk – a supporter of the state’s bid for the 2032 Olympic and Paralympic Games – has been re-elected for a third term in office.

The Labor Party has been forecast to secure 52 seats, with 47 required to form a majority Government in the Australian state.

This would increase Palaszczuk’s majority, having earned 48 seats at the last election.

The Liberal National Party is expected to win 34 seats, with their leader Deb Frecklington having conceded defeat to Palaszczuk.

Over 66 per cent of votes have been counted to date.

The election campaign had focused heavily on Palaszczuk’s handling of the coronavirus pandemic.

"It has not been an easy year for many, many people," Palaszczuk said in her victory speech, according to The Guardian.

"For many Queenslanders, I know it has been an incredibly tough year.

"It has been tough not being able to see your family and friends in other states, or even around the world, as we’ve been in the midst of a global pandemic.

"I know that during this election, there are many people out there in Queensland who have voted Labor for the very first time.

"I thank you from the bottom of my heart and I will return that respect every single day."

Palaszczuk’s previous term saw Gold Coast successfully host the 2018 Commonwealth Games, which has led to the state seeking to secure the 2032 Summer Olympic and Paralympic Games.

A delegation including Palaszczuk visited the International Olympic Committee last September to discuss the bid.

The delegation reportedly received positive feedback, with IOC President Thomas Bach having repeatedly talked up the candidacy from Australia.

Palaszczuk announced Queensland’s bid, headlined by Brisbane, would be placed on hold in May due to the coronavirus pandemic.

The move was endorsed by the Australian Olympic Committee (AOC) and has been mirrored by other candidates to host upcoming Olympic Games since.

AOC chief executive Matt Carroll discussed the regional benefits of a potential bid for the Olympic and Paralympic Games at an event held by the South East Queensland Council of Mayors on Friday (October 30).

Gold Coast Mayor Tom Tate was also among the speakers, following the city’s decision to re-join the Council earlier this year.

The decision also came with Tate’s backing of the bid for the Games.