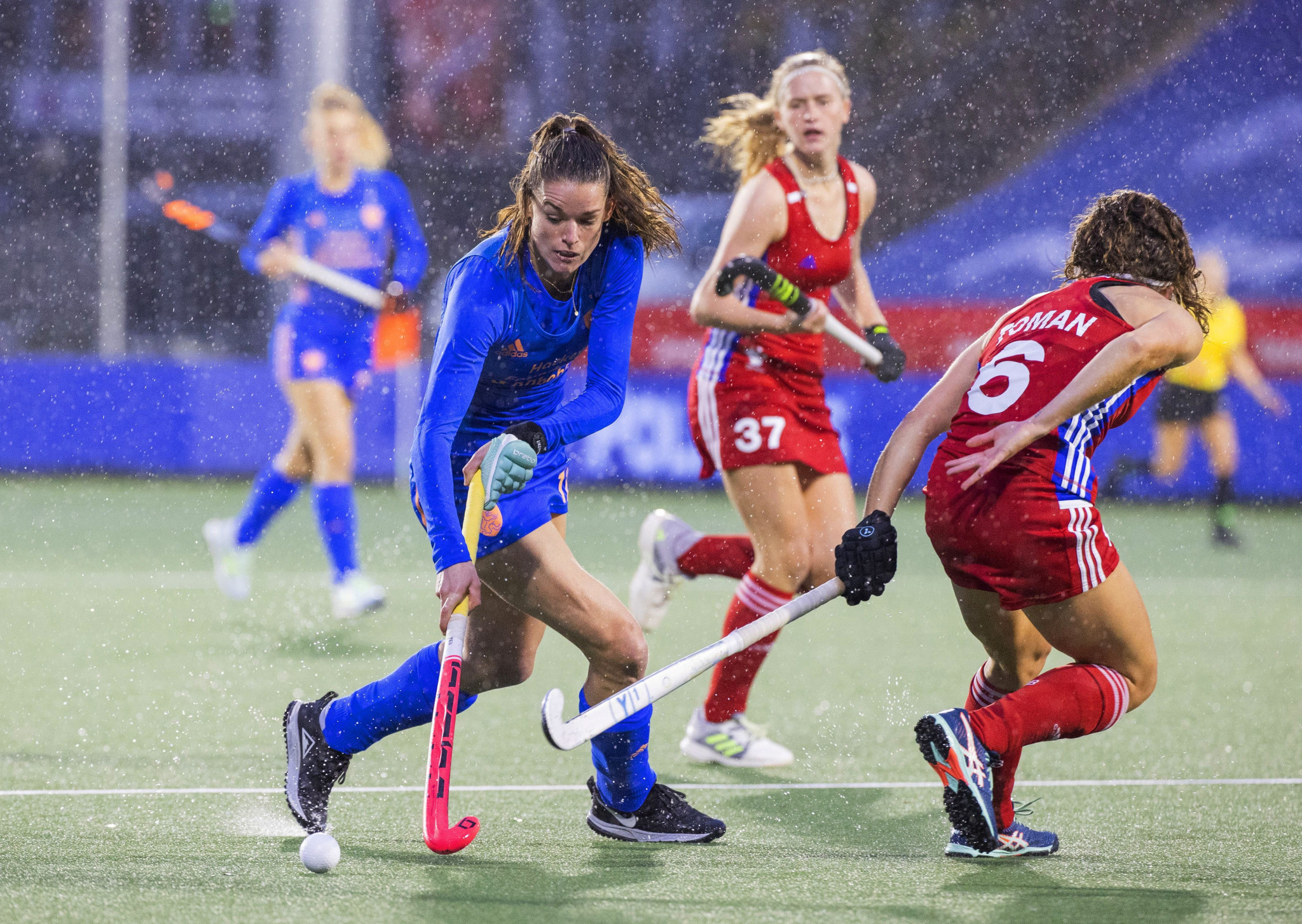 The Netherlands men's and women's teams both enjoyed success over their British counterparts during the latest matches in the International Hockey Federation (FIH) Pro League in Amsterdam.

In a double-header played in the rain at the Wagener Hockey Stadium, the women played first with The Netherlands running out 3-0 winners.

It was an improved display from the previous meeting between the sides on Tuesday (October 27) when the hosts secured a bonus point for winning on penalties after a 1-1 draw.

The hosts took the lead after just two minutes when Caia van Maasakker scored with a penalty stroke.

In the second quarter, the Dutch doubled their advantage when Frederique Matla converted a penalty corner to make it 2-0.

Early in the final quarter, victory was secured by player of the match Eva de Goede who converted a penalty corner to make it 3-0 and wrap up the win.

Today's victory means that the Netherlands are now three points clear at the top of the FIH Pro League women's standings on 20 points.

In the men's match that followed the hosts also triumphed running out 3-1 winners.

After a 1-0 win when the sides met on October 27, the Dutch produced a more convincing display in the sides' second meeting in three days winning 3-1.

The Netherlands took the lead in the ninth minute when Mink van der Weerden scored from a penalty corner.

On the stroke of half-time Britain levelled proceedings with Phil Roper netting from a penalty corner of his own to make it 1-1.

The hosts took control in the final quarter when Jeroen Hertzberger scored twice in as many minutes to seal a double success.

Hertzberger's first came in the 47th minute when he deflected van der Weerden's penalty corner into the goal.

Today's victory moved the Dutch up to second place in the men's standings with 17 points, one behind leaders Belgium.

Britain sit bottom of the men's table with five points.

The FIH Pro League continues on Saturday (October 31) and Sunday (November 1) with Britain's men's and women’s teams taking on their counterparts from Belgium in double-headers at Royal Uccle in Brussels.