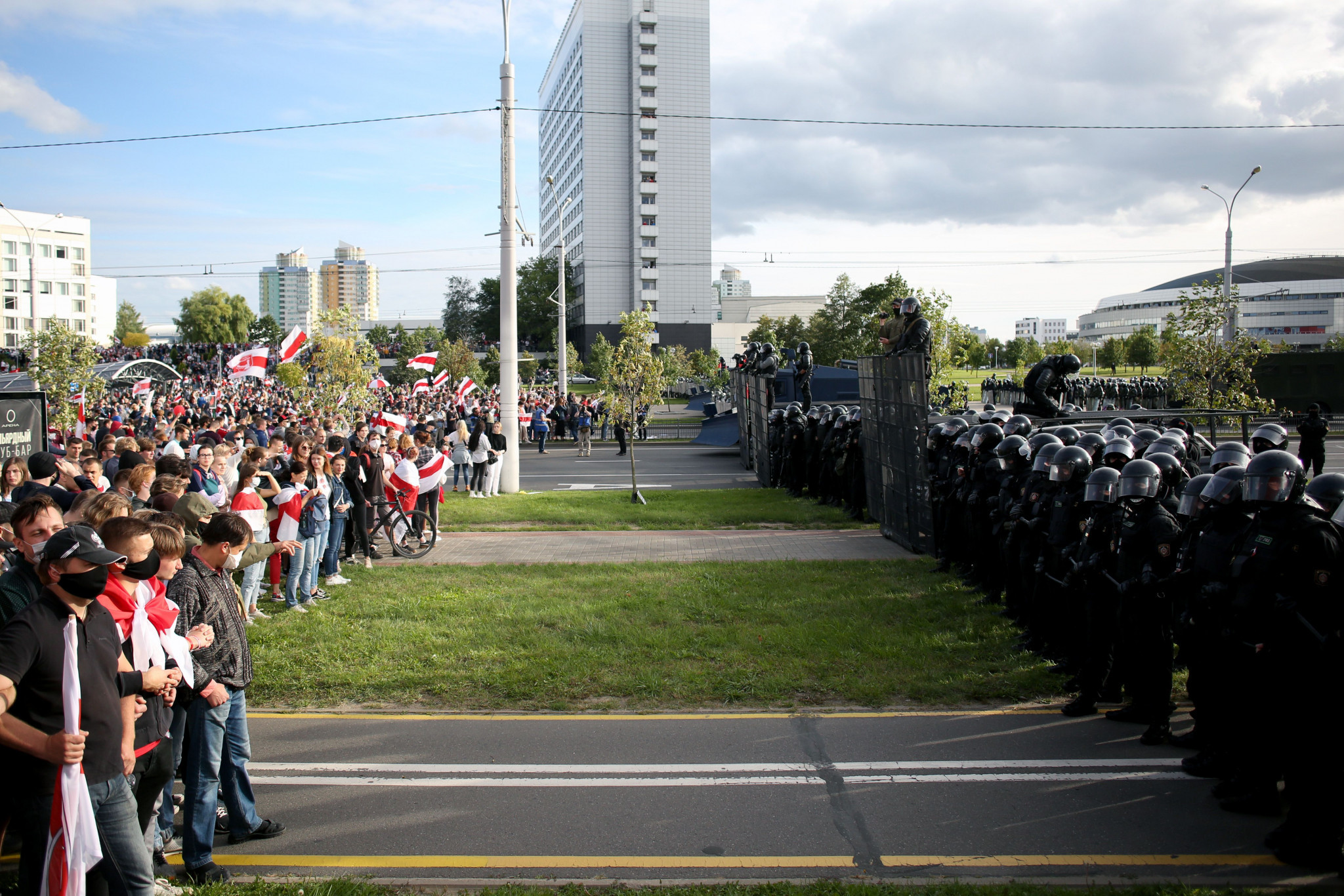 The International Ice Hockey Federation (IIHF) is to create an Expert Group which will "conduct a full review" into the 2021 Men's World Championship, which was due to be hosted by Belarus and Latvia, but has again expressed opposition to acting for political reasons.

There have been widespread protests in Belarus following the disputed re-election of Alexander Lukashenko as President last month, with the European Union condemning the vote as "neither free nor fair".

The Latvian Government wrote to the IIHF urging it to replace Belarus as co-host, saying it will not stage the tournament with its neighbour to the south, and Belarus has in response claimed it could host the event alone.

This issue was set to dominate today's meeting of the IIHF Council, where it was decided to form the Expert Group and ask it to "work out a clear picture of the situation with the 2021 IIHF Ice Hockey World Championship".

Its findings are due to be presented to the IIHF Council when it next meets in November.

The 16-team tournament was due to run from May 21 to June 6 next year, with Belarus' capital Minsk and Latvian counterpart Riga hosting games, but its status is in doubt following the Latvian Government's actions.

The 2020 edition of the Men's World Championship was cancelled due to the coronavirus crisis.

"This is the first time that a Government of a host nation has indicated its unwillingness to remain a tournament co-host with another host nation due to political reasons," IIHF President René Fasel said.

"The IIHF is deeply concerned over the recent events unfolding in Minsk, but as sports federation the IIHF is not a political entity and cannot move a tournament for political reasons.

"However, the IIHF is responsible for ensuring that each tournament host can guarantee the health and safety of the players, officials, and spectators.

"This is an exceptional season, already today we have had to cancel several tournaments due to COVID-19.

"There are a lot of factors that will affect our ability to host the World Championship, and we need time to take a comprehensive approach to exploring how this tournament can take place safely."

Fasel had already expressed opposition towards making "political statements" before this meeting.

IIHF General Secretary Horst Lichtner appeared to underline that stance, insisting that "the Expert Group’s job will be to review all potential risks that currently exist with the ability of Minsk/Riga to function as tournament hosts", rather than making any judgement on moral concerns.

"They will be tasked to come up with recommendations on what the best course will be to take for the World Championship," Lichtner added.

Human Rights Watch reports that thousands have been detained without good reason in Belarus since Lukashenko was re-elected, with many "systematically tortured and otherwise ill-treated".