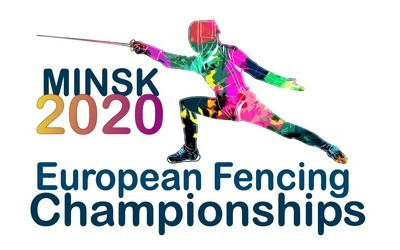 This year’s European Fencing Championships in Minsk have been officially cancelled because of the coronavirus pandemic, it has been announced.

They were originally due to take place in the Belarus capital between June 16 and 21 but were postponed in April due to COVID-19.

It is likely that, even if they had been re-arranged, several countries would have expressed concerns about travelling to Belarus.

Authorities in Minsk have violently cracked down on protests against President Alexander Lukashenko, who claimed victory in disputed elections in August.

It has led to several European countries withdrawing their Ambassadors from Belarus, including Britain, the Czech Republic and Germany.

Lukashenko, also President of the National Olympic Committee of the Republic of Belarus, yesterday expelled 35 diplomats from Lithuania and Poland, who he claimed were involved in orchestrating the protests.

Earlier this week, International Olympic Committee President Thomas Bach admitted they were concerned that athletes protesting against Lukashenko were among those being targeted.

The next European Fencing Championships are due to take place next summer.

"The European Championship 2020 in Minsk has been cancelled due to the epidemiological situation," Pozdnyakov, also President of the Russian Olympic Committee, told TASS.

"In accordance with the decision of the EFC 2019 Congress, the next European Championship will be held in 2021 in Plovdiv, Bulgaria.

"The exact date has not yet been determined, but the Championship should be held in the first half of June."

The European Fencing Championships were last held in 2019 in Düsseldorf in Germany,

Russia finished top with a total of nine medals, including four golds.