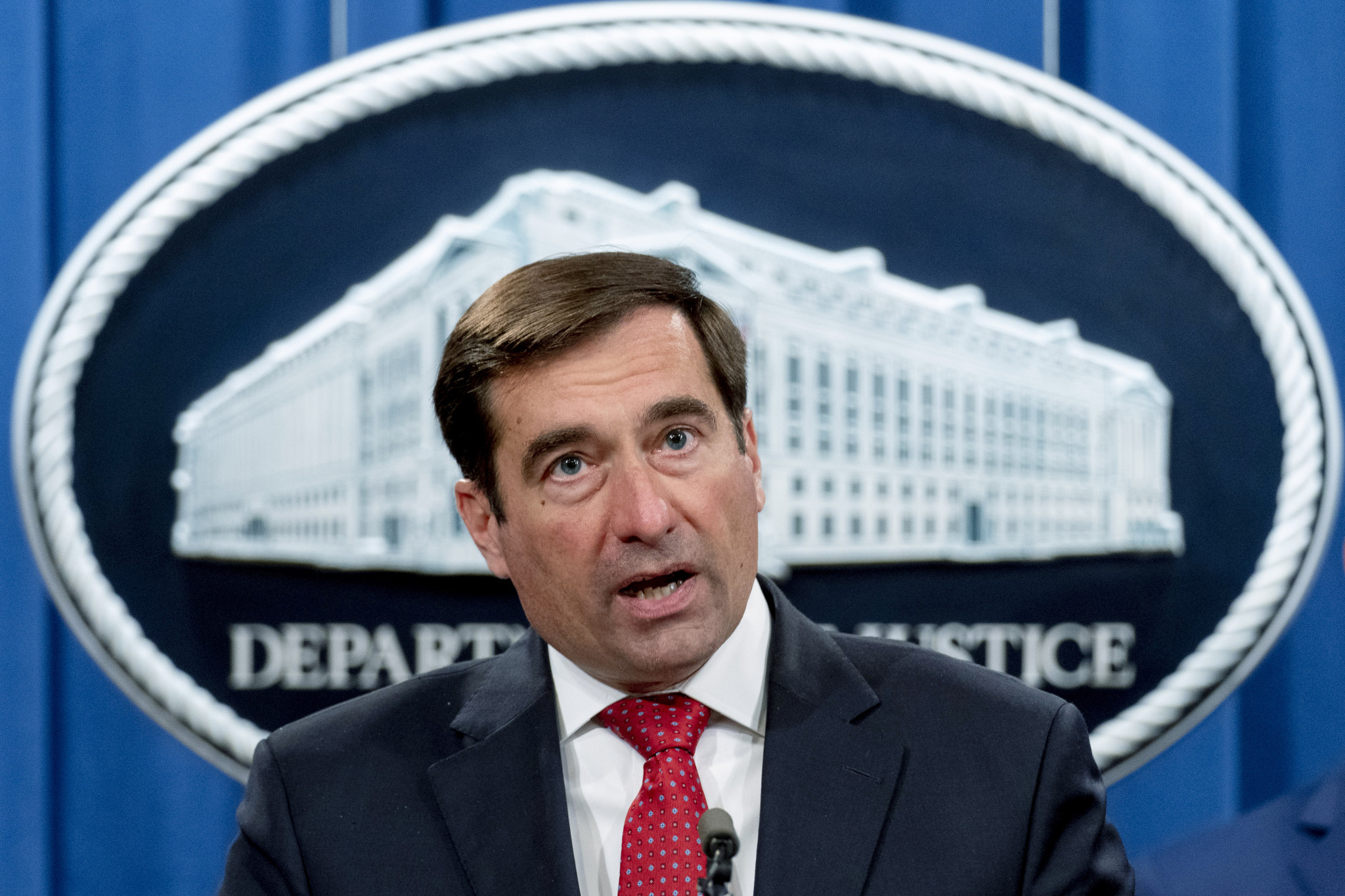 Six Russian intelligence officers have been charged in the United States in an alleged global computer hacking operation that included the 2018 Winter Olympic Games in Pyeongchang.

According to US Federal Prosecutors, the Russian officers unleashed a corrupted software system known as "Olympic Destroyer" to disrupt the Pyeongchang 2018 Opening Ceremony.

It has been claimed that the Russian intelligence officers were planning a similar attack on this year's Olympic Games in Tokyo, which were subsequently postponed because of the coronavirus pandemic.

They are all currently in Russia and it is unlikely they will ever face the charges in court.

Demers alleged that the operatives work for the Russian military intelligence service – known as the GRU – linked to Russia's alleged campaign to interfere with the 2016 US election won by Donald Trump.

Today's indictment does not include that event but does allege the group tried to disrupt the 2017 election in France and undermine Governments in Ukraine and Georgia, as well as sabotage computer networks during Pyeongchang 2018.

It is alleged that the Russian hackers were seeking retaliation for the International Olympic Committee (IOC) decision to ban the country from competing under its own flag at Pyeongchang 2018 because of allegations of state-sponsored doping.

"No country has weaponised its cyber capabilities as maliciously and irresponsibly as Russia, wantonly causing unprecedented collateral damage to pursue small tactical advantages and to satisfy fits of spite," Demers told a media conference in Washington D.C.

"The conspirators, feeling the embarrassment of international penalties related to Russia's state-sponsored doping programme, i.e, cheating, took it upon themselves to undermine the Games.

"Their cyber-attack combined the emotional maturity of a petulant child with the resources of a nation state."

The hack during the Pyeongchang 2018 Opening Ceremony on February 9 also affected several broadcasts of the event by knocking out television screens.

Additionally, it affected the Pyeongchang 2018 websites, leaving fans unable to print tickets so they could attend the Opening Ceremony.

It is claimed that it was a "false-flag operation" by Russia's military intelligence who had used data-deletion malware to launch the attack.

Organisers later claimed the attack had not compromised any critical part of their operations.

The allegations are not new but it is the first time that a foreign law enforcement agency has publicly accused the GRU of being behind the attacks.

Prosecutors have even made public the specific GRU building they believe the attacks emanated from – 22 Kirova Street in Moscow, which the Justice Department indictment refers to as "the Tower".

At the same time in Britain, the Foreign, Commonwealth and Development Office and National Cyber Security Centre claimed the GRU had conducted cyber reconnaissance against organisers, logistics services and sponsors with the intent of compromising computer systems and sabotaging the running of Tokyo 2020.

Last year, Russia was handed a four-year ban from all major sports events, including the Olympics, by the World Anti-Doping Agency for manipulating athletes' doping data involved in the original investigation into the allegations of state-sponsored doping.

An appeal against the decision is due to be heard at the Court of Arbitration for Sport in Lausanne between November 2 and 5, but if Russia lose the country's flag will be absent for a second consecutive Olympic Games at Tokyo 2020.

"The GRU's actions against the Olympic and Paralympic Games are cynical and reckless," he said.

"The UK will continue to work with our allies to call out and counter future malicious cyber attacks."

The IOC did not address the specific issue of the attack on Pyeongchang 2018 when asked for a comment by insidethegames.

"Given the nature of the topic, we do not divulge those measures."