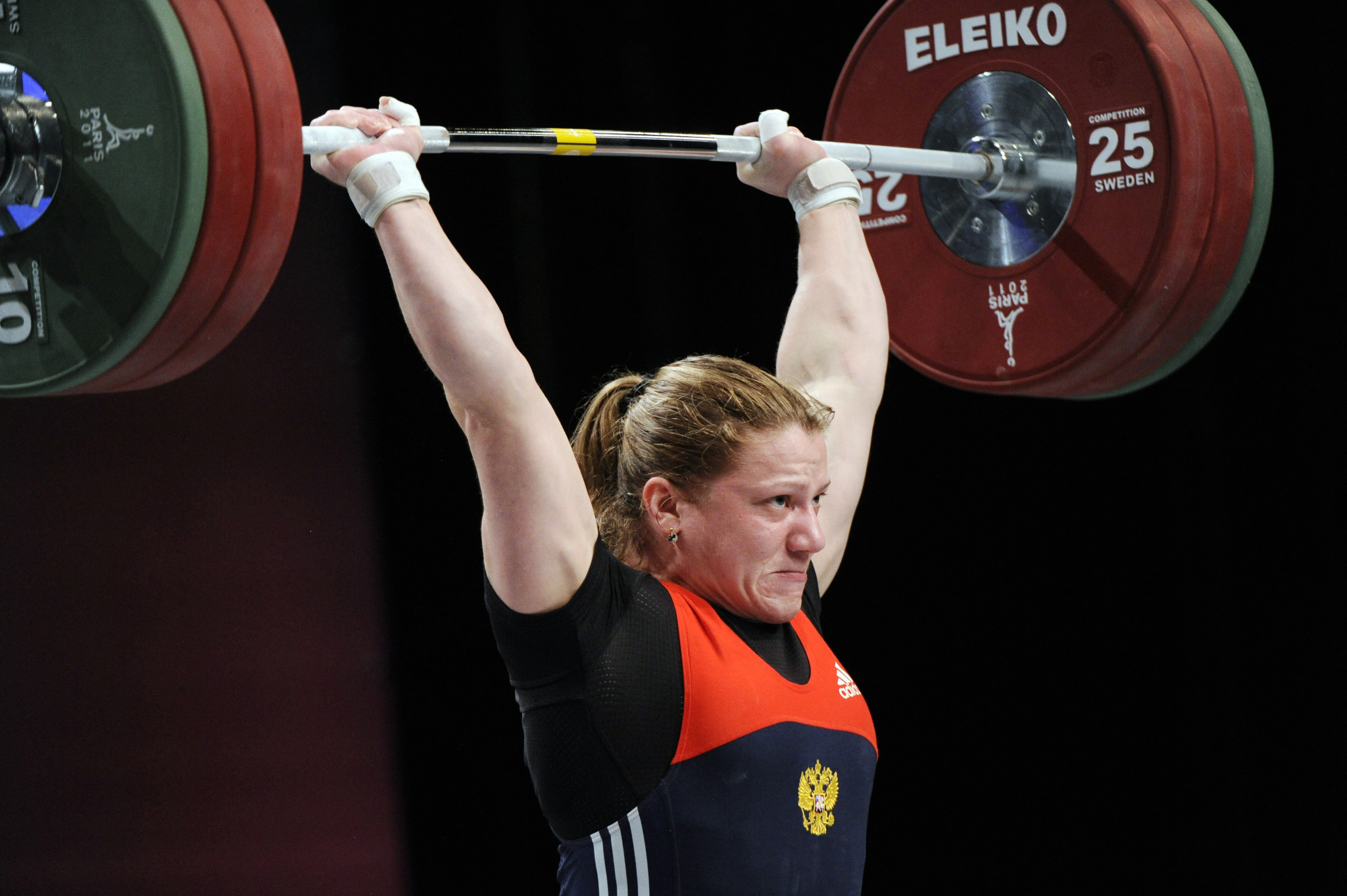 Another of Russia’s world champions has been provisionally suspended on a doping charge by the International Weightlifting Federation (IWF).

Svetlana Shimkova, who is now 37 and has not competed for seven years, won two IWF World Championships silver medals before she took the 69kg title in 2010.

Hers is another historical offence based not on a positive sample but on evidence from an investigation by the World Anti-Doping Agency (WADA) into 298 Russian athletes across a range of sports.

WADA passed on the data collected to relevant sports federations, including the IWF which banned six Russians for periods of four to eight years on October 8, and provisionally suspended three more.

Shimkova’s provisional suspension, with more due to follow from WADA evidence, plus a number of ongoing cases will likely take the total of Russian weightlifters banned for doping since the Beijing 2008 Olympic Games well beyond 50.

Almost all recent suspensions were for offences committed five to eight years ago.

Russia was barred from weightlifting at the Rio 2016 Olympics and is restricted to one male and one female lifter at the postponed Tokyo 2020 Games because of its doping past.

It is unclear whether Russia will face the prospect of another outright suspension.

Ten of Russia’s post-Beijing suspensions were imposed after samples at the 2008 and 2012 Olympic Games were retested by the International Olympic Committee (IOC).

Eight Russians were disqualified from those two Games and only one from 2012 still has a medal, the super-heavyweight bronze winner Ruslan Albegov – who was among those banned on October 8.

The President of the Russian Weightlifting Federation (FTAR) Maxim Agapitov has said the IWF should take most of the blame, as the offences happened during the corruption-riddled reign of former President Tamás Aján.

After the October 8 suspensions Agapitov told insidethegames: "All these cases have nothing to do with the renewed, clean (Russian federation) of today and with the new clean generation of athletes.

"All of them, without exception, relate to the time of the reign of Aján and his team.

"Alone, neither countries, nor athletes, nor coaches in such a large number could break the rules in just one sport.

"The IWF was empowered to fight against doping but instead of fighting, we saw a hypocritical deception in which many national federations were involved."

This week the Executive Committee of the Russian Federation announced its support for Agapitov in its elections which are to be held next month.