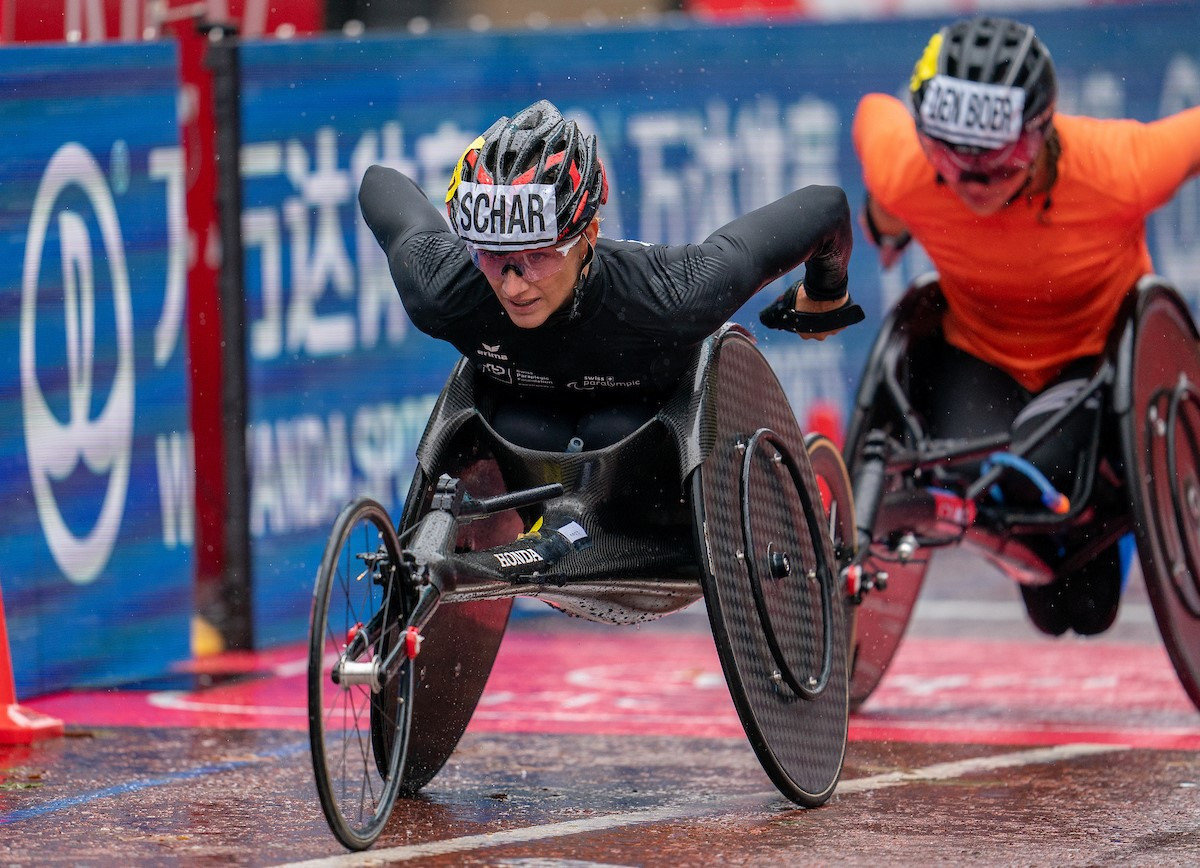 Weir Archer Academy and Wheelpower were the recipients of the sprint prize money from the London Marathon wheelchair race.

Athletes were able to earn additional prize money by completing sprints within the race.

The prize money was matched by AbbottWMM with a donation to a UK-registered charity of the athlete’s choice.

There were four sprints in total during the race.

She chose the Weir Archer Academy as the beneficiary of the donation, as did compatriot Marcel Hug who finished second in the men's accumulator with $4,000.

Dutch racer Nikita den Boer topped the podium in the women's London Marathon but finished second in the accumulator, with her $3,000 going to Wheelpower.

"We were extremely happy to see the amazing wheelchair athletes return to the streets of London for an exciting race day on Sunday," said AbbottWMM executive director Tim Hadzima.

"The Abbott World Marathon Majors are delighted to make the donations to these two very worthy causes who do so much work to support wheelchair racing in the UK and ensure future generations in the sport."

Their ambition is to pass on their knowledge, experience, and enjoyment of the benefits of sport to the next generation of disabled people.

Wheelpower, which will receive $9,000 (£7,000/€7,600), is the national charity for wheelchair sport based at Stoke Mandeville Hospital, the birthplace of the Paralympics.

It provides opportunities for disabled people to play sport and lead active lives.