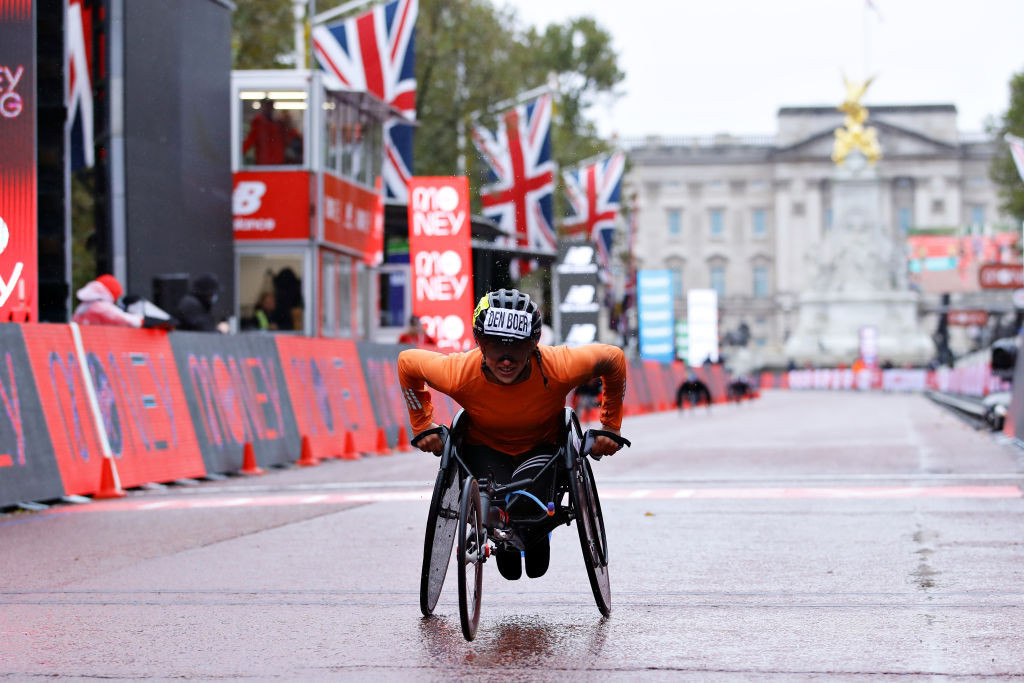 Den Boer defied predictions of a comfortable victory for the 2017 and 2019 champion as she smashed her personal best with a time of one hour 40min and 07sec.

The Dutchwoman, whose previous marathon best was 1:50:23, broke clear of Schär and surged to the line unchallenged at the end of the last lap of the 1.3 mile looped course around St James's Park.

Three-time Paralympic medallist Schär was forced to settle for second after crossing over one minute behind the triumphant Dutch athlete.

Jenna Fesemyer of the United States clocked 1:52:16 to take third.

Den Boer revelled in a rare win on the international stage, telling the BBC that she had surprised herself with the performance.

"It's a personal best so I'm really happy.

"I didn't know what pace we could do so it's really nice to do this."

The men's race was a much closer affair as Canada's Brent Lakatos edged out home favourite David Weir to deny the Briton a ninth London Marathon crown.

Lakatos, the world record holder in the 1,500 metres, was able to transfer his track speed onto the looped course as he sealed victory in 1:36.04.

Weir was two seconds adrift of the Canadian but finished ahead of rival Marcel Hug of Switzerland, who was third in 1:36:08.

Lakatos, the Paralympic champion over 100m, controlled the majority of the race to become the first Canadian winner of the men's wheelchair race in London since Josh Cassidy achieved the feat 10 years ago.

"The London Marathon is the biggest marathon out there," the 40-year-old said.

"When they suggested they might have an elite-only race it gave me motivation.

"My training has gone well all summer long.

"On the final lap I knew Marcel Hug was right there.