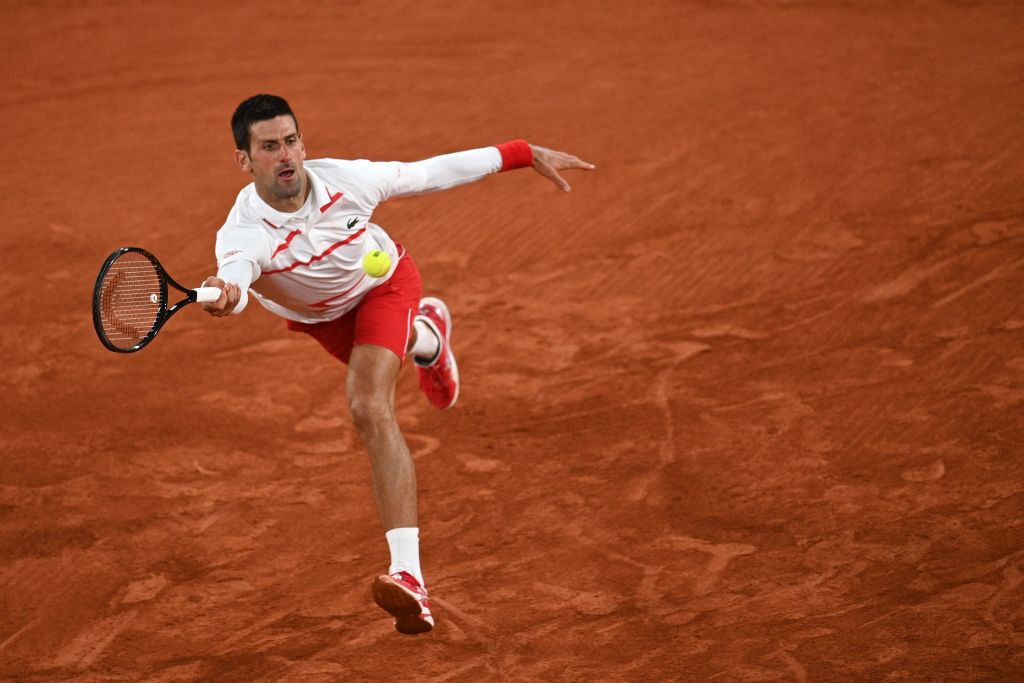 World number one Novak Djokovic produced another commanding performance as he despatched Colombian qualifier Daniel Elahi Galán to reach the fourth round of the French Open.

Djokovic, chasing his second title at Roland Garros, followed Rafael Nadal in only dropping five games on his way to the next round as he recorded a 6-0, 6-3, 6-2 victory on Court Philippe-Chatrier.

The reward for the Serbian, who has lost just 15 games across his first three matches, is a meeting with 15th seed Karen Khachanov of Russia.

Djokovic has now reached the last 16 of the French Open for 11 consecutive years and has been in ruthless form during the early stages of the tournament.

Khachanov, who beat Djokovic in the Paris Masters final two years ago, needed four sets to progress as he overcame Chile's Cristian Garín 6-2, 3-6, 6-4, 6-2.

Another qualifier, Daniel Altmaier, sprung one of the biggest shocks of the tournament as the German accounted for seventh seed Matteo Berrettini of Italy.

Altmaier, the world number 186, continued his fairytale run in his first appearance in the main draw of a Grand Slam by clinching a 6-2, 7-6, 6-4 triumph.

The German will play Pablo Carreño Busta in the next round after the Spaniard, a semi-finalist at this year's US Open, beat 10th seed and compatriot Roberto Bautista Agut 6-4, 6-3, 5-7, 6-4.

In the women's draw, Australian Open champion Sofia Kenin of the United States thrashed Romanian qualifier Irina Bara 6-2, 6-0 to book her place in the last 16.

Fiona Ferro of France, a 7-6, 4-6, 6-0 victor over Patricia Maria Tig of Romania, awaits for Kenin in the next round.

Czech seventh seed Petra Kvitová has reached the fourth round of the French Open for the first time since 2015 as she recovered from a sluggish start to oust Canadian teenager Leylah Fernandez 7-5, 6-3.

Kvitová, a two-time Grand Slam champion, will go up against China's Zhang Shuai for a place in the last eight.

Aryna Sabalenka of Belarus, the eighth seed, was the highest-profile casualty in the women's event today as she lost 7-6, 2-6, 6-3 to Tunisia's Ons Jabeur.