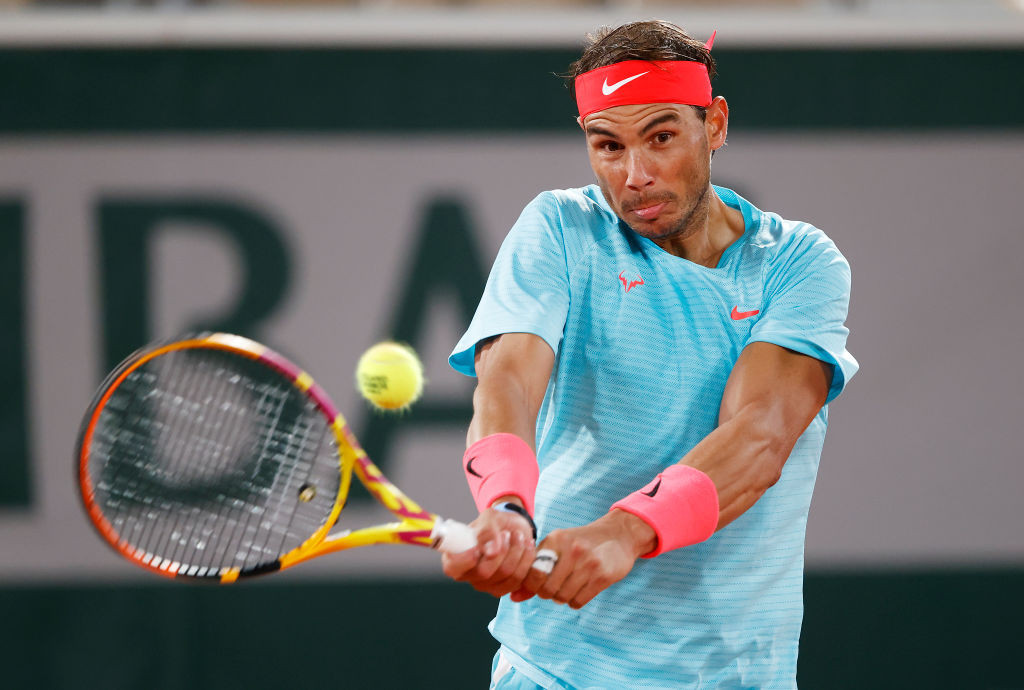 World number two Rafael Nadal continued his ominous start to his pursuit of a 13th French Open title as he dropped just five games in a comfortable third-round victory over Italy's Stefano Travaglia at Roland Garros.

Nadal swept aside Travaglia 6-1, 6-4, 6-0 on Court Philippe-Chatrier to ease into round four, where he will take on American qualifier Sebastian Korda.

The Spaniard, who did not compete at the US Open earlier this month due to concerns over COVID-19, made light work of his Italian opponent, who offered little resistance to the 12-time champion save for the odd moment in the second set.

"We are in a very strange situation after a lot of months without playing, especially for me because I did not play in America," said Nadal.

"I don't know if that is positive or negative, I take it as a very positive thing because I am playing quite well.

"To win against a player like Stefano with this score is because I did a lot of things well, I played more aggressive than the previous days so I'm happy with that."

US Open champion Dominic Thiem is also through after he overcame Norwegian Casper Ruud 6-4, 6-3, 6-1.

But 2015 French Open winner Stan Wawrinka of Switzerland is out following a shock five-set loss to world number 239 Hugo Gaston of France.

The 20-year-old wildcard becomes the first man ranked outside the world's top 200 to reach the last 16 at Roland Garros since 2002.

Third seed Elena Svitolina progressed thanks to a 6-4, 7-5 win over Russia's Ekaterina Alexandrova, while France's Caroline Garcia came from a set down to beat 16th seed Elise Mertens of Belgium 1-6, 6-4, 7-5.