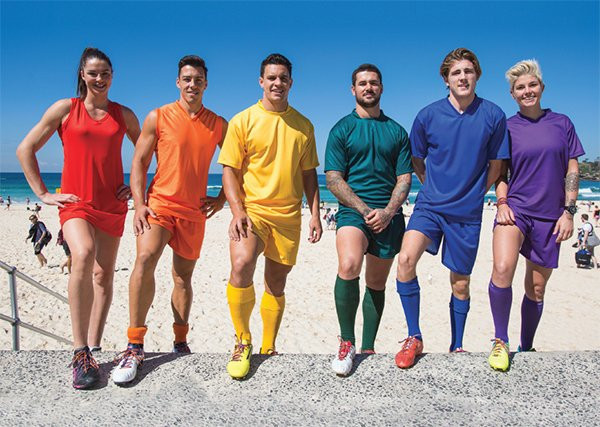 Governing bodies of eight sports in Australia have committed to implementing governance that supports a greater level of inclusion for transgender and gender diverse athletes.

The initiative, organised by ACON’s Pride in Sport programme, aims to tackle the stigma faced by transgender people and offer pathways from community sport onwards.

It was devised following the identification of a need for national guidance for sport organisations.

"By formalising their stand to be inclusive of transgender people, these Australian sports have shown a true and tangible commitment to providing environments where everyone involved is treated with respect and dignity.

"Sport has an amazing opportunity to provide a safe and inclusive environment to all people, including people with diverse genders and sexualities.

"As a country that holds sport very close to our hearts, it also has a unique position to be able to help change attitudes of many Australians.

"The demand for more inclusive sporting cultures makes clear that Australian society increasingly expects that sport should be for everyone, including trans and gender diverse people."

ACON, an organisation which provides community health, inclusion and HIV responses for people of diverse sexualities and genders, claim international research shows transgender and gender diverse people are much less likely to participate in sport due to fear of transphobic discrimination from other players, coaches and club officials.

"We know that trans athletes can be targeted on the unfounded basis that we affirm our gender to seek a competitive advantage in sport, but this is untrue and incredibly damaging to all – trans people and our cis allies," said ACON’s manager of trans and gender diverse equity Teddy Cook.

"While many trans people across Australia are members of very inclusive sports clubs, many also report that joining a club is an intimidating and frightening experience.

"The commitment from these sports provides much needed guidance to the many clubs working hard to be the open and inclusive sport they want to be for all athletes, including those athletes who are trans."

Olympian and Commonwealth Games gold medallist Jane Flemming has recently been critical of allowing transgender athletes to compete in women's sports, however.

The 55-year-old Australian, who earned gold in the heptathlon and long jump at the Auckland 1990 Commonwealth Games, claimed transgender athletes have a "physiological advantage".

"The difficulty is that for the human species that's been born biological male, if they go through puberty in particular, they have, absolutely, have some physiological advantages,' she said, according to ABC.

"Whether it is bone strength or extra capillarisation or larger muscle bulk, but then there are other aspects of that as well, not only does that affect performance but there is a health or a danger aspect."

During her career, Flemming received an official warning for providing a urine sample to allow another athlete to pass a drugs test.