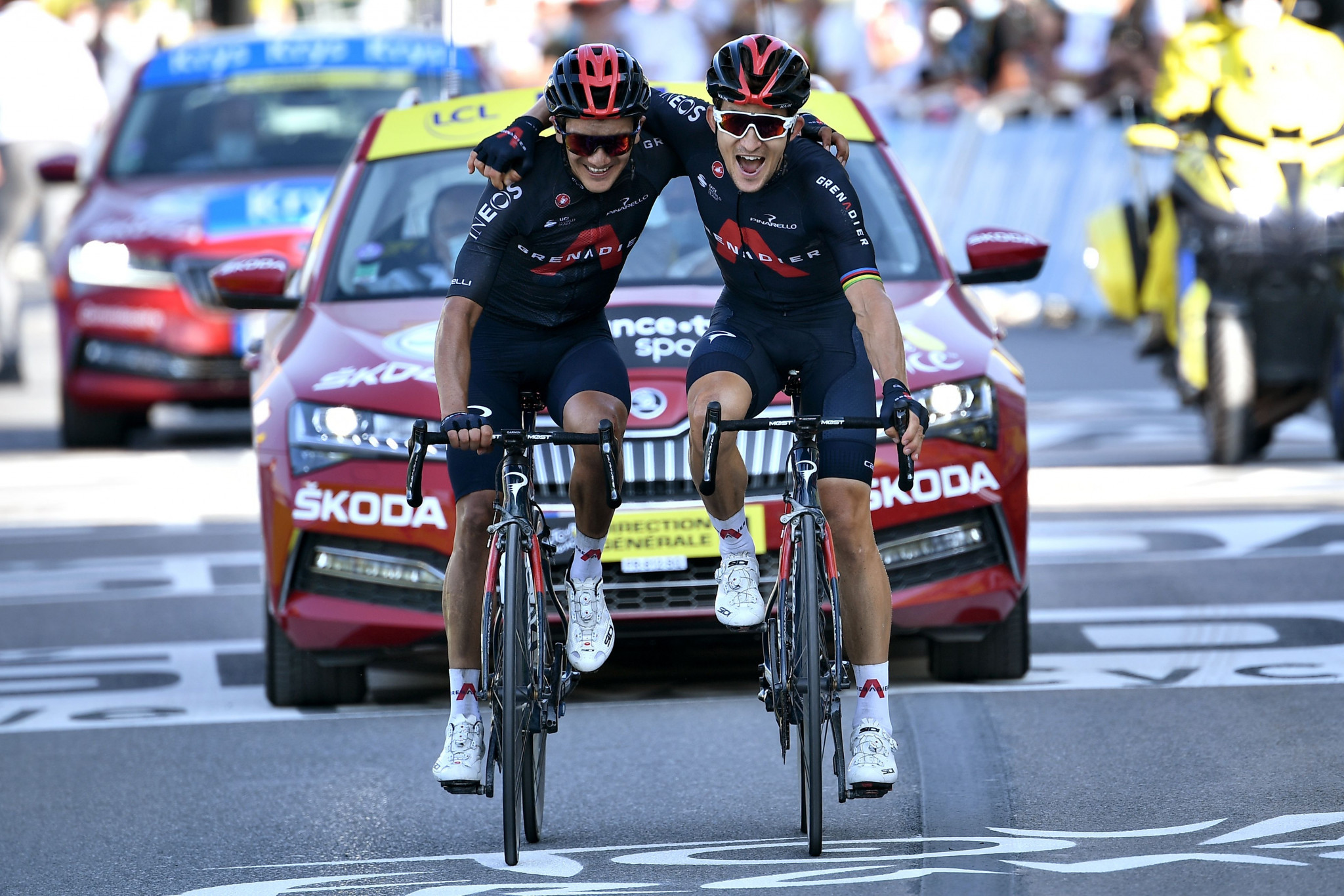 Ineos Grenadiers came into the Grand Tour seeking to maintain their general classification success at the race, but their focus has been forced to shift after defending champion Egan Bernal of Colombia struggled and was ultimately forced to withdraw.

Kwiatkowski and Carapaz featured in a 30-rider breakaway early in the 175-kilometre stage from Méribel to La Roche-sur-Foron.

Carapaz reached the top of the Les Saisies climb first to secure enough points to move into the King of the Mountains jersey.

The descent saw Hirschi crash, with the winner of stage 12 unable to regain contact with the breakaway.

Carapaz and Kwiatkowski pushed on ahead. with the duo ultimately distancing Edet and Bilbao.

It led to a rare sight of two riders from the same team going to the finish, with Carapaz and Kwiatkowski crossing the line alongside each other.

Carapaz allowed his team-mate to finish narrowly ahead, with Kwiatkowski securing a maiden Tour de France stage win in a time of 4 hours 47min and 33sec.

"This is an incredible day for us, I’ll never forget that.

"I get nice moments in cycling but this one gave me goose bumps in the last kilometres, I don’t know how many but the gap was so big that we knew we were going to make it.

"We put on some show today and we deserve a big celebration."

The top two in the general classification earned a second over their closest rivals by distancing themselves with a sprint at the finish.

Porte had been forced to chase the general classification group earlier in the stage after suffering a puncture on the gravel section of the route, but successfully regained contact prior to the finish.

Roglič leads the race by 57 seconds from Pogačar, with López lying 1:27 off the pace.

Porte is fourth in the standings at 3:06 down.

Tomorrow will see a 166-kilometre flat stage from Bourg-en-Bresse to Champagnole, with the individual time trial the following day set to decide the winner of the race.