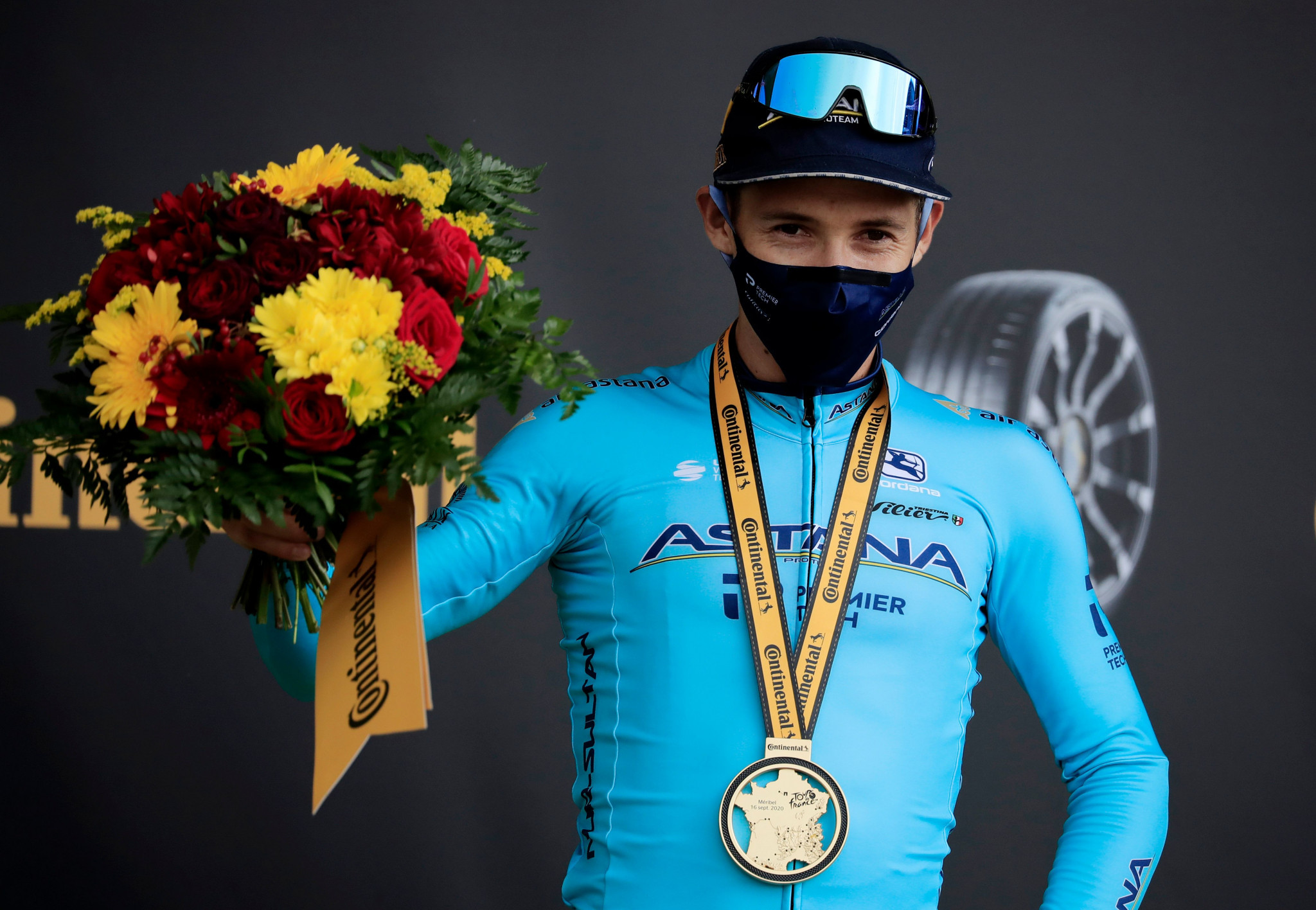 Colombia's Miguel Ángel López was victorious on the queen stage of the Tour de France, surviving a brutal climb up Col de la Loze to move into the top three of the general classification.

Winning his first Tour de France stage, the 26-year-old was part of an epic ending which featured the leading yellow-jersey contenders, with overall leader Primož Roglič of Slovenia managing to open up the gap to younger compatriot Tadej Pogačar in the final mile.

The mountain passage featured gradients as steep as 24 per cent in the final kilometres, with the last 21.5km separating the winners from the losers over one of the most challenging parts of the race to date.

In total, the route of stage 17 covered 168km from Grenoble, heading further into the French Alps and concluding at Méribel Col de la Loze.

Prior to the stage, Colombia's reigning Tour de France champion Egan Bernal announced that he had abandoned this year's edition due to worsening injuries that had seen him fall off the pace in the past couple of stages.

The main talking point heading into the stage was how Roglič would fare on the unpredictable route, with the mountain passage making its Tour de France debut after it was paved for the first time in 2019.

Kämna would be the first to drop off 75km from the end, unable to replicate his heroics from the previous day, while Martin lost contact with 55km to go.

Alaphilippe then pushed on from the other two in the breakaway, but was soon caught again by the others as the group had more than a two-minute advantage on the chasing yellow-jersey group.

Finally, with the pressure on as the trio headed up Col de la Loze, Alaphilippe was dropped halfway up the gargantuan climb with 11km to go.

Izagirre put up a good fight, but could not stay with Carapaz when there was still 8km to go, and just a few minutes later was floundering behind the chasing pack.

Spain's Pello Bilbao brought the pace up to catch Carapaz and company before pulling off.

The Ecuadorian fought bravely to maintain his lead, but was caught by a group of five - Jubmo-Visma pair Roglič and American Sepp Kuss, Pogačar, Australia's Richie Porte and López - with less than 3km to go.

Porte was the first to fall, leaving a group of four and Roglič with the advantage of having Kuss act as a windbreaker.

Pogačar was ailing into the last mile, allowing Kuss to hit the front with López - only to be dropped by the Colombian's final pace.

As the American fell behind the Slovenians, everyone but López looked like they were struggling and López pulled out a 15-second lead to win ahead of Roglič, who was arguably the biggest winner by opening the same gap to Pogačar, who finished 30 seconds behind the lead in third.

Kuss was 56 seconds behind in the end, closely followed by Porte and then Movistar rider Enric Mas of Spain.

Spain's Mikel Landa and Britain's Adam Yates lost more than a minute to Roglič in the race for the yellow jersey, while Carapaz ended 2min 41sec off the lead.

Colombian Rigoberto Uran was dealt a huge blow in the race for a podium, dropping from third to seventh in the overall standings as he was 1:59 back.

Another mountain stage follows tomorrow, with a 175km route from Méribel to La Roche-sur-Foron comprising stage 18 of 21.