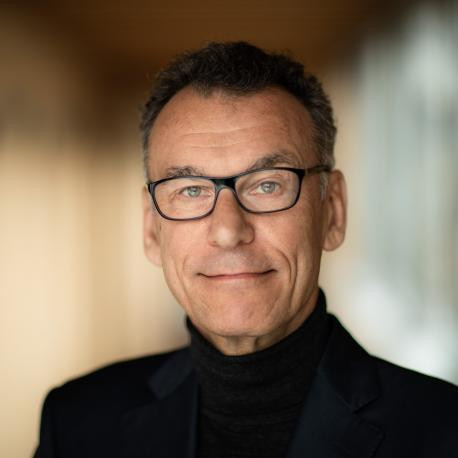 The Oxford-based mega-project specialist behind a new study on Olympic costs has escalated a war of words with the International Olympic Committee (IOC).

Professor Bent Flyvbjerg of the Saïd Business School has written to IOC President Thomas Bach with a point-by-point rebuttal of criticisms of the paper - Regression to the Tail: Why the Olympics Blow Up - made by the IOC.

The letter also asks the IOC to reveal whether it funded a separate study mentioned in its critique.

The new Oxford paper suggests notably that the IOC should be obliged to cover 10 per cent of any Olympic Games cost overrun, arguing that currently "there is little alignment between incentives to keep costs down and making decisions about cost".

insidethegames covered both the paper and the IOC's reaction to it last week.

"We hope you are well.

"We have noted with interest the IOC's response in the media to our new Oxford Olympics study, Why the Games Blow Up.

"According to Reuters, insidethegames, and other media, the IOC claims the Oxford study is wanting in the following ways.

"First, according to the IOC as quoted by the media, we are 'mixing two different budgets: the budget for the organisation of the Games, and the infrastructure budgets of the city, region and country'.

"For clarification, we do the exact opposite of what the IOC claims we do: our numbers include only the direct sports-related costs of the Games.

"The wider infrastructure budgets of the city, region and country - which, as you know, are often several times higher than the sports-related costs – are left entirely out of our numbers, as stated on [page] 20 of our paper.

"If you disagree with this, could we respectfully ask you to document one example of our numbers that mixes the two budgets (direct sports-related costs and wider infrastructure costs), in the IOC's view?

"Second, the IOC is quoted as saying that the Oxford study suggests that 'infrastructure budgets serve only the four weeks of Olympic Games competition and must be 'written off' immediately afterwards'.

"Our study does not state this. In fact, we have not expressed this view anywhere.

"Third, the IOC is quoted as complaining that the Oxford study was launched 'without giving the IOC the chance to see the paper'.

"Specifically, we sent the study to the IOC director of communications. We are sorry if the study was not effectively communicated to you and others at the IOC.

"Fourth, the IOC stated, 'The researchers have not requested any kind of data from the IOC over the past few years.'.

"This is correct, but there is nothing negative about it, because it means we have succeeded in obtaining data directly from host cities and countries, ie closer to the source and therefore more reliable.

"Fifth, the IOC criticises that 'the legacy of the Olympic Games is completely left out of the picture' in the Oxford study.

"This is an irrelevant and an invalid point of criticism, because the Oxford study never claimed to cover legacy or any other potential benefits from the Games.

"The Oxford study is – and explicitly positions itself as - a study of cost, and cost only.

"We agree that the study of legacy is important and we are pleased that we have esteemed colleagues who are covering this.

"Sixth, the IOC complains that, 'the study ignores the fact that the new procedures implemented by the IOC after the reforms of Olympic Agenda 2020 now encourage future hosts to develop Olympic Games projects that best fit their own social, economic and environmental vision'.

"Again, this an irrelevant and an invalid point of complaint, because none of the Games covered by the Oxford study (1960-2016) were subject to the new procedures.

"These procedures could therefore not possibly have influenced the costs and cost overruns covered by the study, and are consequently per definition irrelevant to the study.

"However, we welcome the new procedures and agree with the IOC that they are a step in the right direction.

"We look forward to studying their effect on cost and cost overrun for future Games.

"Seventh, and finally, the IOC points to a study that 'found that ALL Games editions investigated since 2000 have either broken even or turned a profit'.

"We respectfully ask you to confirm or repudiate that the IOC funded this study.

"If any of the above quotes from the media are incorrect, please let us know, so we do not criticise the IOC for something it did not say.

"As rightly observed by Los Angeles mayor Eric Garcetti, 'Most cities, unless you have a Government that's willing to go into debt or pay the subsidy of what this costs, most cities will never say yes to the Olympics again'.

"Garcetti said this before the COVID-19 pandemic.

"After COVID-19, the pressure on cities to be frugal is even higher.

"We are great fans of the Games and hope the IOC will be able to again make them attractive to host-cities, not least by helping to effectively drive down costs and cost overruns.

"This should have happened years ago, in our view, but better late than never.

"If we at the University of Oxford can help you in any way with this important task, do not hesitate to let us know.

"Respectfully yours, for the author team."

The letter can be seen in full here.