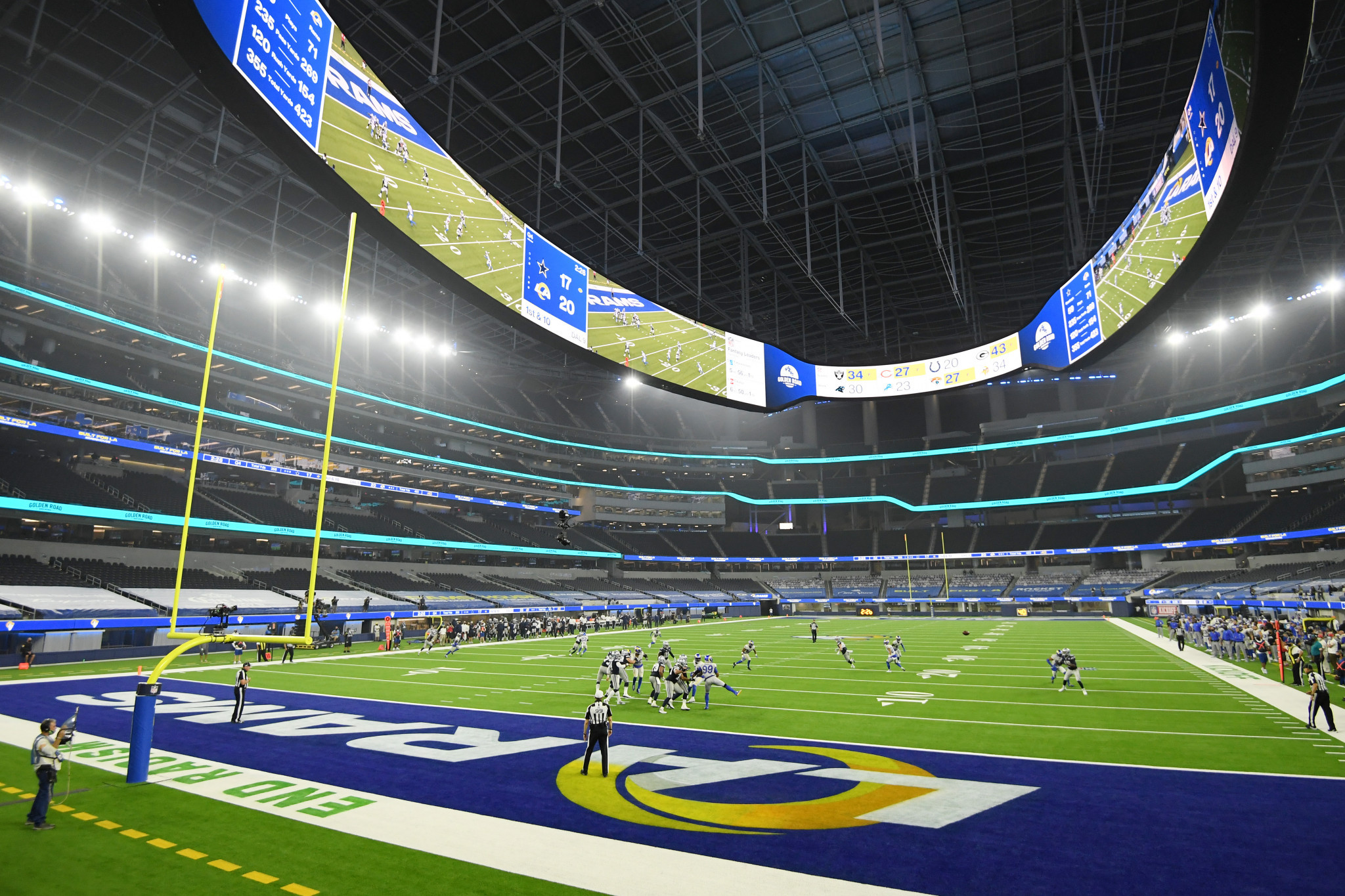 An empty SoFi Stadium staged its first event with the Los Angeles Rams beating the Dallas Cowboys 20-17 behind closed doors.

The 70,000-seater ground that cost a record $5 billion (£4 billion/€4.5 billion) to build is set to be a key venue at Los Angeles 2028 as it will play host to the Opening and Closing Ceremonies as well as football and archery events.

But due to the COVID-19 pandemic, there were no supporters present to see the Rams open their new home and the National Football League (NFL) season with a victory.

"Eerie is a great way to describe it," said Rams coach Sean McVay in a report by the Los Angeles Times.

"You appreciate the ebbs and flows and the big plays and the excitement from the crowd and how much energy they bring."

Rams' Aaron Donald added: "It just felt more like a Little League game when I was six, seven-years-old playing.

"The only thing I didn't see was my mom and dad screaming, 'Aaaaaron! Aaaaron!'

"It kind of felt like a scrimmage, a little more intense scrimmage.

"You'd make a play and just kind of high-five, you don't have the crowd to celebrate to, it was definitely different."

A ribbon-cutting ceremony was held earlier in the week and attended in-person by Rams owner Stan Kroenke, Dean Spanos – owner of the Los Angeles Chargers, a second NFL team who will use the Stadium – and City of Inglewood Mayor James Butts.

The Rams came out firing in the new venue as Malcolm Brown registered the first of his two touchdowns.

Cowboys running back Ezekiel Elliott also had two touchdowns as he got on the end of Dak Prescott's 19-yard pass before running in for another.

His second cancelled out Samuel Sloman’s two field goals as Cowboys led 14-13 at the end of the second quarter.

But Rams responded with Brown notching what proved to be the game-winning touchdown as the Cowboys were restricted to just one field goal from Greg Zuerlein after the break.

The Chargers' first game at their new stadium is scheduled for next Sunday (September 20) when they take on reigning Super Bowl champions Kansas City Chiefs.

As well as being a venue for the Games in 2028, the Stadium is set to stage Super Bowl LVI in February 2022 and the College Football Playoff National Championship Game in January 2023.

It could also be used during the 2026 FIFA World Cup, which the United States is co-hosting with Canada and Mexico.