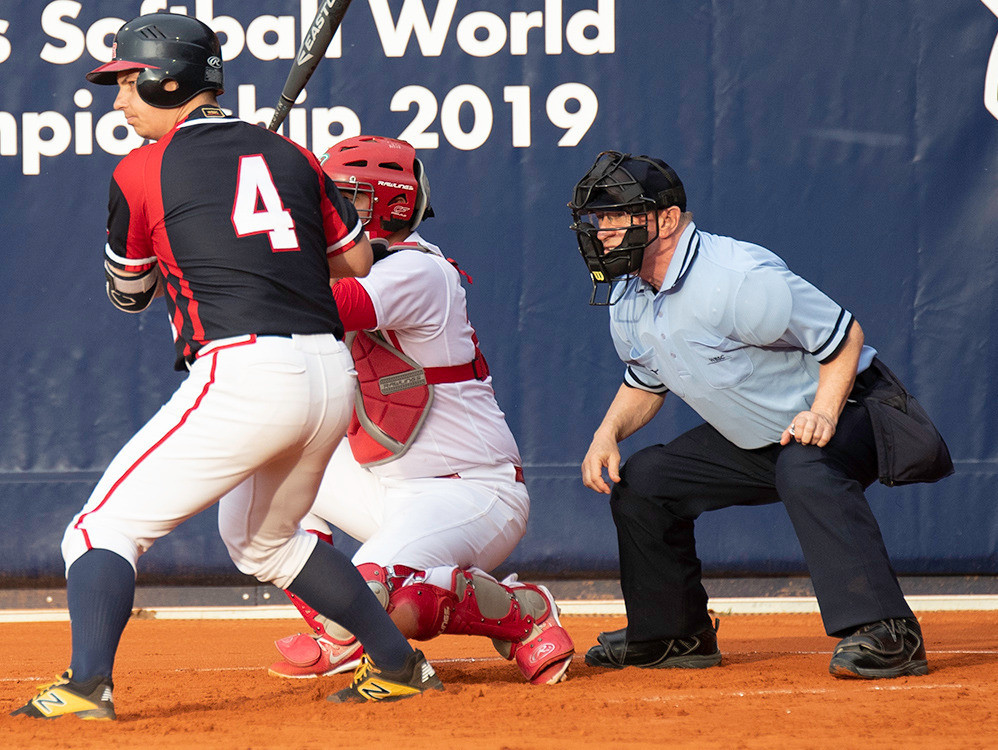 New Zealand's Mark Porteous revealed he was "honoured" to be selected as a softball umpire for next year's Olympic Games in Tokyo.

The 60-year-old was confirmed as one of nine umpires set to attend Tokyo 2020, now postponed to July 23 to August 8, 2021 due to the coronavirus pandemic.

"I was surprised, and honoured, to be selected, especially considering New Zealand aren't represented there," Porteous said.

"To have two Oceania umpires, it was quite special."

Porteous enjoyed a successful 2019 as an umpire, working at two Softball World Cups and an Olympic Softball qualifier.

He was then named the 2019 New Zealand Softballer of the Year, earning the accolade ahead of the top softball players in the country.

Porteous started his umpiring career in 2006, right after his retirement as a player.

He received his national umpire's badge in 2008 and international certification in 2011, before umpiring at the 2012 Junior Men’s Softball World Championship in Argentina.

Despite the postponement of Tokyo 2020, Porteous revealed he would continue to umpire after next year's Olympics.

"I'm fit and keep on top of things.

"The next men's Softball World Cup is here at Rosedale Park in 2022.

"I'll be involved in some capacity, but I would like to still be umpiring."

Softball and baseball are set to return to the Olympic programme at Tokyo 2020, having last featured at Beijing 2008.