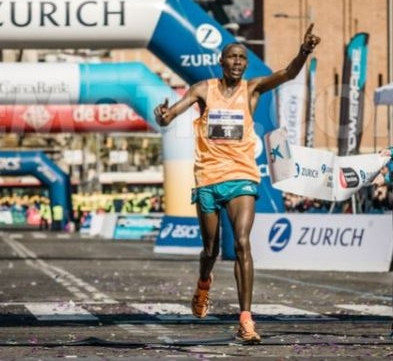 Another Kenyan runner has been banned after Philip Kangogo received a two-year suspension from the Athletics Integrity Unit (AIU) following a failed drugs test last year, which he claimed could have been the fault of dietary advice he had been receiving from his mother.

The 36-year-old Kangogo tested positive for dietary supplement higenamine after the PZU Cracovia Marathon in Kraków in Poland on April 28 in 2019.

He had finished third in the race in 2 hours 13min 46sec, more than four minutes behind the winner, Cyprian Kotut, another Kenyan.

The ban has been backdated to July 31 in 2019 and his results from April 28 that year, including his performance in Kraków, annulled.

Kangogo wrote to the AIU on June 8 last year, five days after the World Anti-Doping Agency-accredited laboratory in Warsaw had recorded the positive test, and said he accepted the presence of higenamine in his urine sample.

He claimed the banned substance could have been contained in a contaminated supplement he had been taking.

Kangogo also claimed in his letter to the AIU that the drug could have been ingested in herbs he had been taking on the advice of his mother, according to Kenyan newspaper The Nation.

Higenamine is a chemical compound found in a variety of plants and Kangogo even provided pictures of the herbs he claimed to have been taking.

But an investigation by Athletics Kenya failed to substantiate either claim.

Kangogo, whose personal best for the marathon of 2:08:16 was set in winning the Barcelona race in 2015, is just the latest in a growing line of top Kenyan runners to have been banned.

According to the AIU website, there are now 65 Kenyan runners currently serving suspensions for doping-related offences.

"We have been informed that the AIU is going to organise a number of group testing sessions specifically for road runners," Athletics Kenya said.

"The sessions will be held at a number of locations across Kenya during September.

"Athletics Kenya is providing them with all the required logistical support for a smooth and safe conduct of these activities in line with health guidelines of our Government.

"We are a 100 per cent committed to supporting the AIU in its aim of protecting the integrity of our sport.”