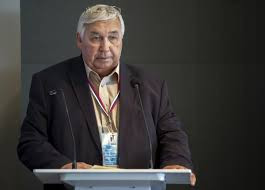 Dmitry Aleksashin, a co-founder of the Russian Biathlon Union (RBU), has died at the age of 71, a week after suffering a stroke.

The passing of Aleksashin, a candidate for Presidency of the RBU in 2018, has been described as "a great loss" for the sport, as reported by TASS, Russia's state news agency.

"We can only say good things about him, he worked from the very beginning of Russian biathlon to the present day, always took the most lively, sincere part," said RBU vice-president Alexey Nuzhdov.

"Biathlon was not even a part of his life, but life itself.

"This is a great loss, we will all miss him very much.

"You know, it happens - someone has always been there, everyone is used to it, and then once - and, it turns out, you can lose it, and this, I repeat, is a big loss for biathlon."

Aleksashin helped co-found the RBU in 1992, a year before the founding of the International Biathlon Union (IBU).

Aleksashin also served as a master of sports of the Soviet Union and an honoured trainer of the Russian Federation.

He is also a former vice-president of the RBU, and was a member of a number of committees of the IBU.

Aleksashin was a candidate for the presidency of the RBU in 2018 along with Viktor Maigurov and Vladimir Drachev.

Drachev was subsequently elected with Aleksashin being eliminated during the first round of the process as he only secured four votes.

Drachev resigned as President of the RBU last month after failing to restore the country's full membership of the IBU, which it lost in 2017 as a result of the doping scandal that surrounded Russia.