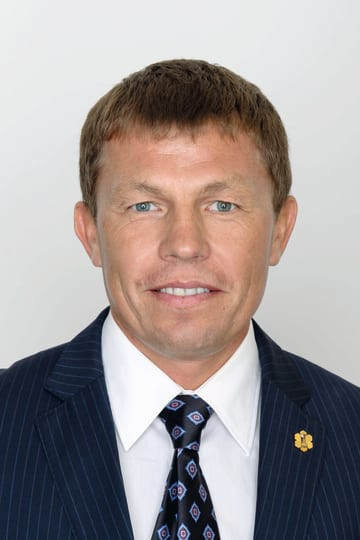 Vladimir Drachev, Viktor Maygurov and Dmitry Aleksashin will battle it out for the Presidency of the Russian Biathlon Union (RBU) after incumbent Alexander Kravtsov confirmed he would not stand for re-election.

The three candidates all submitted their documents for participation in the election, due to be held in Tyumen on May 18, before the deadline.

Kravtsov was elected to replace Russian oligarch Mikhail Prokhorov, who is currently at the centre of a bitter legal dispute with former Moscow Laboratory director turned whistleblower Grigory Rodchenkov, back in 2014.

Kravtsov, who has been at the helm of the RBU throughout the fallout to the Russian doping scandal and served as Chef de Mission of the host nation's team at the Sochi 2014 Winter Olympics, where a sample-swapping scheme was allegedly in place to help athletes avoid testing positive, has decided not to continue in the role.

Drachev is the only candidate standing to replace Kravtsov as RBU President who does not currently sit on the governing body's Executive Committee.

The 52-year-old is a double Olympic medallist as he won relay silver at Lillehammer 1994 and relay bronze in Nagano four years later.

He also claimed four World Championship medals during his career.

Maygurov is a vice-president of the International Biathlon Union (IBU) and the RBU.

The 49-year-old, a double Olympic medallist, waived his statutory right to replace Anders Besseberg as IBU President after the Norwegian stood down following the opening of a criminal investigation into alleged corruption within the IBU leadership.

Aleksashin is also a vice-president of the RBU and has previously served as a spokesperson of the national governing body.

One of the first jobs for the new President will be to restore the status of the RBU, relegated to provisional member level by the IBU following the country's doping scandal.

The RBU also announced last week that they would appeal the sanction given to Ekaterina Glazyrina, who was banned until next year and stripped of four years of results in a doping case based on evidence contained within the McLaren Report.

The IBU later stated the decision was based on "overwhelming evidence" in the McLaren Report backed-up by the Moscow Laboratory Information Management System (LIMS) database obtained by the World Anti-Doping Agency.