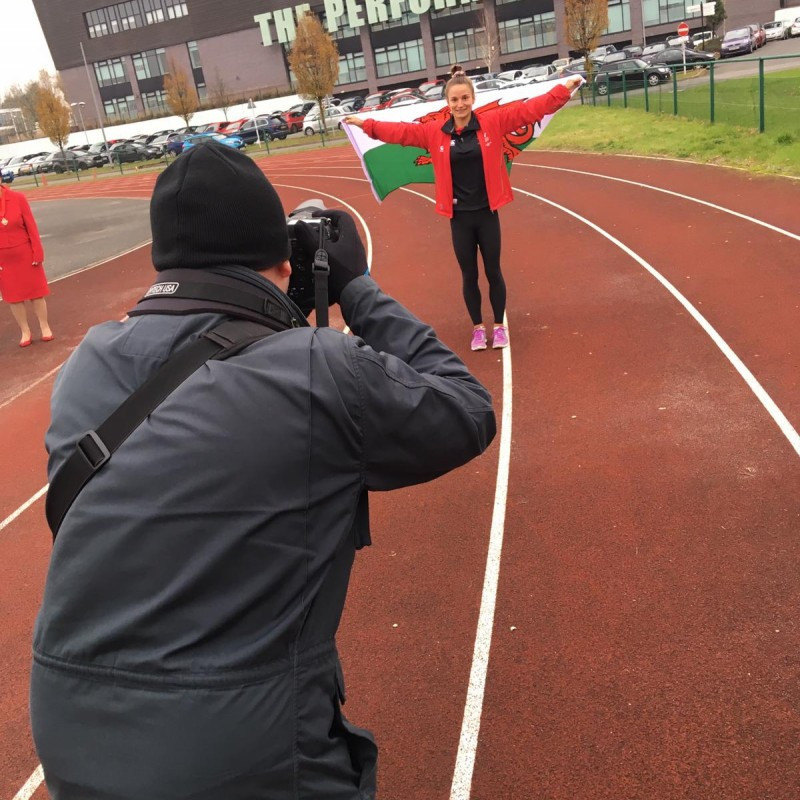 Coaches and support staff from Wales will be based at the University of Wolverhampton's Walsall Campus during the 2022 Commonwealth Games in Birmingham.

A partnership has been agreed which will also give Welsh athletes the opportunity to use the University facilities.

Training camps will be held in the run-up to the Games, while guest lectures and question-and-answer sessions with students are also planned.

Around 50 halls of residence rooms will be used by the Welsh delegation during Birmingham 2022.

"This is a really exciting opportunity for both organisations and allows for Team Wales to have a local base for our coaches and support staff not far from the sporting venues," Chris Jenkins, the chief executive of Commonwealth Games Wales, said.

"The Birmingham Games is the closest we've had to our nation since the Manchester Games in 2002, and it's meant we've been able to strategically plan the next three years on a more proactive level with regular site visits and insightful discussions with the Birmingham team.

"The accessibility of Birmingham for us has been hugely beneficial and has meant we can create worthy partnerships.

"We look forward to working with the university over the next three years to create a welcoming base for our staff during the Games."

It boasts hi-tech equipment, including 3D motion-capture technology and an environmental chamber which can replicate nearly any climate on the planet.

"We are delighted to be hosting Team Wales for the 2022 Commonwealth Games," said Professor Geoff Layer, the University's vice chancellor.

"This news builds on the recent hugely successful Commonwealth Judo Championships which we hosted in September and really put Walsall on the sporting map.

"Sport is a key priority for the university and we are continuing to invest in cutting edge new technology to develop our offer for elite sports teams and further expand the learning experience for our students.

"Our staff and students are really looking forward to increasing our work with elite athletes, coaches and support staff through the partnership and we wish Team Wales every success in the build-up to 2022."

Birmingham 2022 is due to take place in the English city between July 27 and August 7.