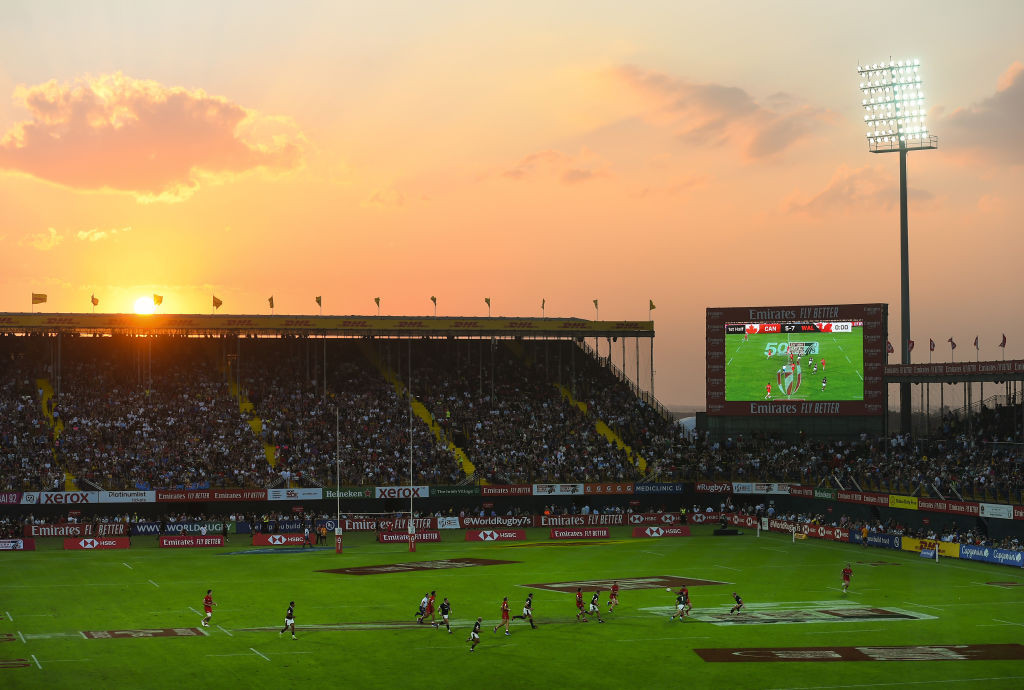 World Rugby Sevens Series events in Dubai and Cape Town later this year have been cancelled because of the COVID-19 pandemic.

World Rugby confirmed the competitions, which had been due to be the opening two legs of the 2021 series, would not take place as a result of the coronavirus crisis.

The tournament in Dubai had been scheduled to run from November 26 to 28, with the Cape Town leg following a week later.

Both were set to feature men's and women's events.

Cancellation of the two tournaments comes after World Rugby established a working group to "review contingency plans and evaluate preparations for the safe, secure and impactful return to international rugby sevens competition".

Dubai and Cape Town have hosted legs of the men's World Rugby Sevens Series since the inaugural campaign in 1999-2000.

World Rugby said Dubai and Cape Town would return to the circuit for the 2022 season.

"While we share in the disappointment of players, teams, fans, hosts and everyone involved with the popular events in Dubai and Cape Town, this is a prudent decision taken with the health and wellbeing of the global rugby community and wider society as our top priority and guided by the relevant government and international public health authority advice," World Rugby chief executive Brett Gosper said.

"We look forward to welcoming these wonderful destinations back to the Series following this year’s hiatus.

"Through the Sevens Working Group we are continuing to work very hard in close collaboration with all stakeholders, including host and participating unions, International Rugby Players, and our commercial and broadcast partners to achieve our shared objective of a spectacular return to HSBC World Rugby Sevens Series action as soon as it is safe to do so and we continue to plan and prepare for all remaining events in the 2021 Series."

New Zealand were crowned overall men's and women's champions following the early curtailment of the season.