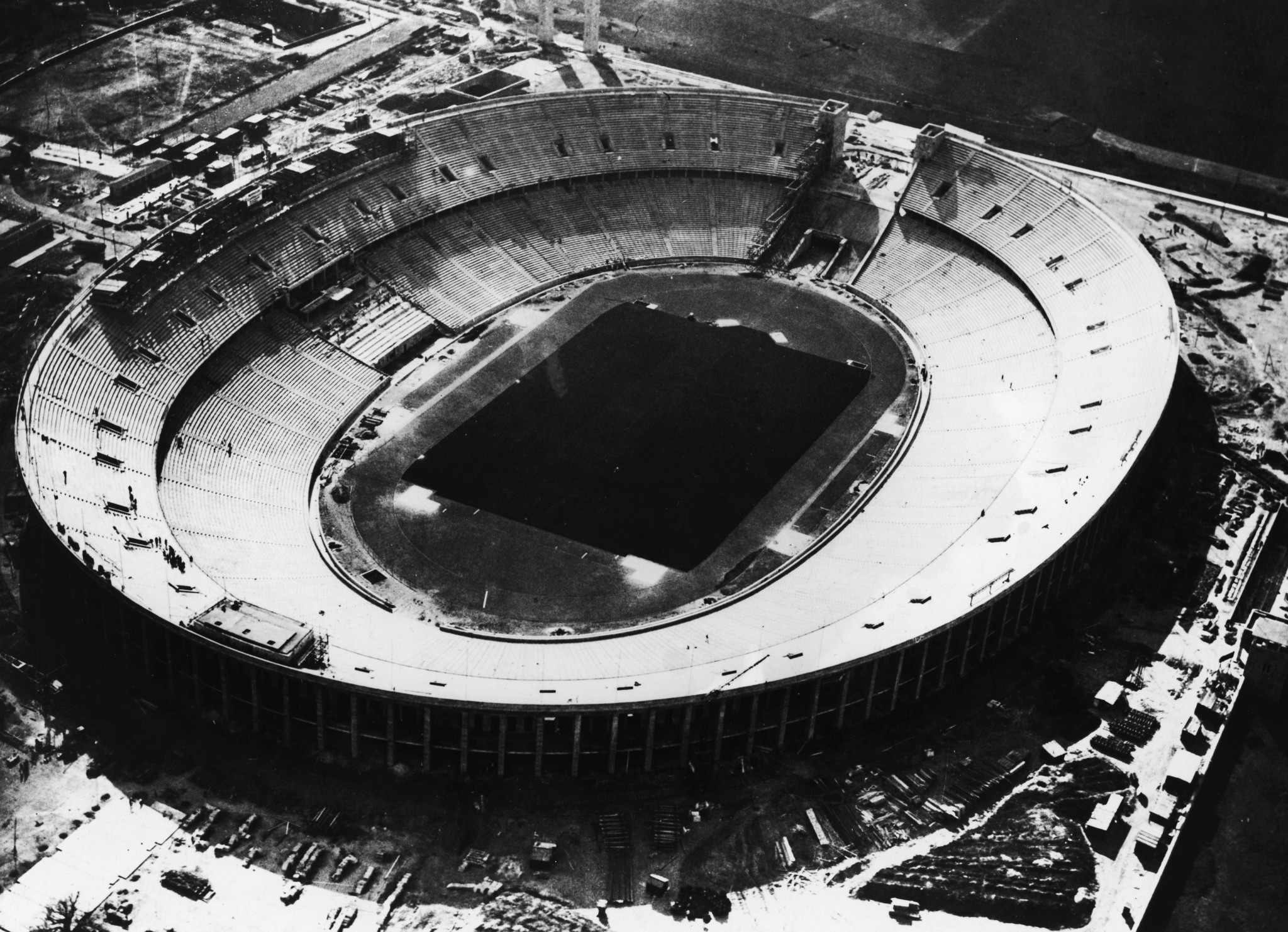 The International Olympic Committee (IOC) has apologised and deleted a tweeted video after receiving criticism for showing footage from the Berlin 1936 Olympics in Nazi Germany.

The 30-second clip from the Olympics account came as part of a series of tweets showing videos from previous editions of the Games.

It followed the official accounts of the United States and Belgian National Olympic Committees showing clips from Los Angeles 1932 and Antwerp 1920 respectively.

The IOC said its series of short films from various Games was intended to highlight the potential unifying power of the multi-sport event.

The series was aimed to mark the one-year-to-go countdown to the postponed Tokyo 2020 Olympic Games, which are due to open on July 23 next year.

The Berlin 1936 clip featured as part of a tweet reading: "This is turning out to be quite a #ThrowbackThursday already!

"Berlin 1936 marked the first Olympic Torch Relay to bring the flame to the cauldron.

"We can't wait for the next one in Japan.

This is turning out to be quite a #ThrowbackThursday already! Berlin 1936 marked the 1️⃣st Olympic torch relay to bring the flame to the cauldron. We can't wait for the next one in ?? ? #StrongerTogether pic.twitter.com/x4MjbaWi1f

The video featured the lighting of the Games cauldron, with the act completed by athlete Fritz Schilgen.

Schilgen did not compete at the Games, but was selected to light the cauldron by German film director Leni Riefenstahl, owing to his Aryan characteristics.

Riefenstahl directed the Nazi propaganda film about the Games titled Olympia, with the 1936 event having become indelibly associated with the Nazis and the swastika.

The video also features crowd images and clips to music, including teams marching into the Opening Ceremony of the Games.

The IOC’s video has faced criticism, with the Auschwitz Memorial among those to post comments in response.

"It exploited the Games to impress foreign spectators with an image of a peaceful, tolerant Germany.

"Later, Germany's expansionism, the persecution of Jews and other 'enemies of the state' accelerated."

The IOC, when contacted by insidethegames, said the film series was not intended to be a historic classification of respective Olympic Games.

The IOC highlighted photos of legendary American sprinter Jesse Owens, which featured as part of the video.

Owens won gold medals in the 100 metres, 200m, 4x100m relay and long jump events at the Games, with the sprinter having been credited with crushing Adolf Hitler’s idea of a superior Aryan race.

The IOC highlighted the friendship as being an iconic Olympic moment and showing the unifying power of the Games.

The IOC later issued a second statement, which confirmed the tweet had been deleted and apologised for any offence caused by the post.

For 2 weeks the Nazi dictatorship camouflaged its racist, militaristic character. It exploited the Games to impress foreign spectators with an image of a peaceful, tolerant Germany. Later, Germany's expansionism, the persecution of Jews & other "enemies of the state" accelerated.

"The IOC appreciates the many positive reactions to its "One Year to Go" Tokyo 2020 message of unity and solidarity," the IOC statement read.

"This universal message was featured in the series of over 30 short films showing Olympic flame moments from Athens 1896 through to Rio 2016.

"However, we understand from specific reactions on social media that the film about the Olympic Games Berlin 1936, which includes Jesse Owens and Luz Long as well as the Olympic flame, was interpreted in the opposite way to that intended.

"The images selected for all the films were chosen to deliver the message of unity and solidarity.

"Those for the Olympic Games Berlin 1936 were specifically chosen for that purpose, NOT to celebrate this edition of the Games.

"The story of Jesse Owens and Luz Long represents an iconic, historical moment, where the spirit of fraternity was demonstrated at the highest level.

"Jesse Owens, the legendary four-time Olympic champion, had to suffer at home from the painful reality of racial segregation.

"By contrast, in the Olympic Village he was living together as an equal with all the other athletes, enjoying the same rights.

"Through his outstanding sporting achievements, he taught a resounding lesson to the Nazi regime, shattering its despicable fascist claims of racial superiority.

"We understand that the film about the Olympic Games Berlin 1936 which includes this story was not perceived in this way.

"We apologise to those who feel offended by the film of the Olympic Games Berlin 1936.

"We have deleted this film, which was part of the series of films featuring the message of unity and solidarity, from the @Olympics Twitter account.”

The IOC's short film series is part of its wider #StrongerTogether campaign, which revolves around the postponed Tokyo 2020 Olympics.

The campaign is claimed to recognise "the importance of solidarity and unity during these difficult times, acknowledging the power of sport, and in particular the Olympic Games, to bring people together."

The Olympic Flame was viewed as central to the campaign, with the IOC saying it shows the "resilience and strength" of the athletes as they continue to prepare for the postponed Tokyo 2020 Olympics.

Avery Brundage, who went on to become IOC President, played a key role in swinging an Amateur Athletic Union of the United States vote against boycotting the 1936 Games.

As IOC President, Brundage expelled African-American athletes Tommie Smith and John Carlos from the 1968 Olympic Games after their black-gloved protest on the podium following their gold and bronze medals in the 200m.

Earlier this month, amid a renewed focus on the legacy of Brundage, current IOC President Thomas Bach said he sees "no reason to rewrite history."