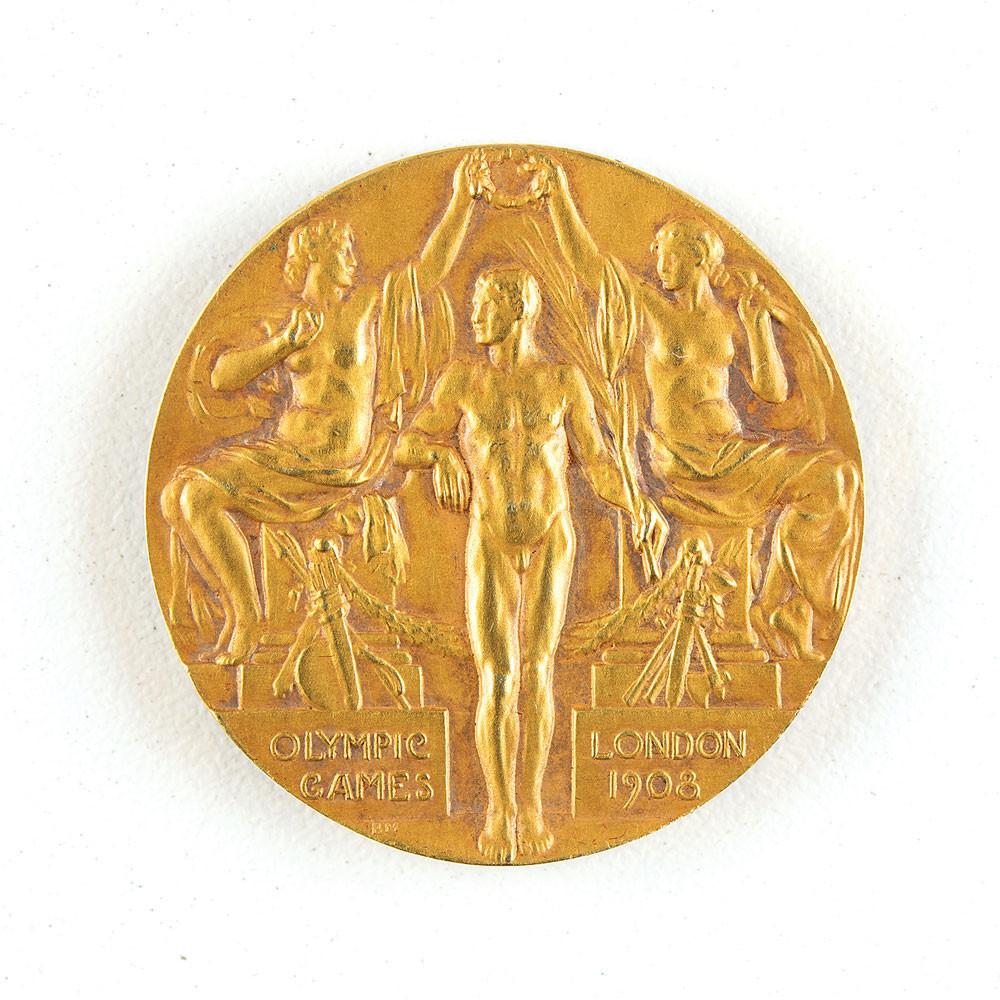 A gold medal from the 1908 Olympic Games in London is among items currently up for sale at the latest RR Auction.

The medal, designed by Australian Bertram Mackennal and manufactured by Birmingham company Vaughton & Sons, is accompanied by its original red leather presentation case, with the top engraved in gilt with the event.

"Great Britain's top finish in the Olympic medal table marks the only instance the country has done so in its history.

"Given that only 250 of these pure gold prizes were struck in 1908, this is a remarkable and exceptionally scarce winner's medal commemorating Great Britain's triumphant first outing as an Olympic host city."

Bacon's medal is one of seven Olympic golds up for grabs in the auction, which officially started last Friday (July 17) and is due to conclude tomorrow.

It was won by Romania's Vasile Andrei in the Greco-Roman 100 kilograms.

Romania were the only Communist country to defy the Soviet Union's call to stay away from the Games in retaliation for the United States-led boycott of Moscow 1980 four years earlier.

Other gold medals up for grabs include the one won by the Soviet Union weightlifter Leonid Zhabotinsky at Tokyo 1964.

Among those who were inspired by Zhabotinsky was a teenage Arnold Schwarzenegger.

A third gold medal won by a Soviet Union athlete is one of the three won during her career by fencer Tatyana Petrenko-Samusenko in the foil women's team at Munich 1972.

The other gold medals being auctioned were awarded to unnamed athletes in an unspecified event at Helsinki 1952 and in speed skating at Grenoble 1968.