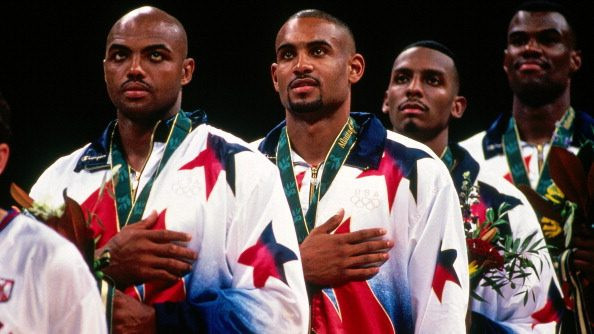 Charles Barkley, one of the most recognisable names in basketball, has announced he plans to sell the Olympic gold medal he won at Atlanta 1996 as part of a major sale of memorabilia from his career to help pay for new houses for the disadvantaged in the town he grew up in.

But the American revealed he will not be selling the gold medal he won at the 1992 Olympic Games in Barcelona as part of the revered United States "Dream Team" because his daughter asked him not to.

"Because of how sentimental it is for the world," Barkley, who is now 57 and a television analyst, said during a radio interview in Alabama.

"But all of that other stuff, man, is just an eyesore.

"I don’t think I have to walk around with my gold medal or my MVP (most valuable player) trophy for people to know I’m Charles Barkley, so I’m going to sell all that crap.

"That just clutters my house.

"I used to keep it at my grandmother’s house, but they all passed away, and I don’t want that stuff crapping up my house.”

He did not reveal how much he had been advised the Olympic gold medal, won by the US when they beat the FR Yugoslavia 95-69 in the final, could fetch.

In 1992, Barkley led the "Dream Team" in scoring 18 points per game on 71 percent shooting, despite starting just half of the eight games.

A US flag signed by the original Dream Team at Barcelona 1992 is also among the items that Barkley plans to auction.

Barkley promised during one interview that all the money he raised from the sale of the items would be used to build new houses in Leeds in Alabama.

"We probably got 30 eyesores, as I call them, where houses used to be when I was growing up," he said during an interview.

"Either a rotted-out house or there's just weeds that have overgrown.

"So, what I'm trying to do - I want to work with the city of Leeds, I want them to give me the spaces, number one.

"I want them to give me the houses, and I'm going to use my own money selling my memorabilia.

"I want to do something really nice for Leeds.

"And if I could build 10 to 20 affordable houses - I want to do green housing too [and] if I could sell all that stuff, it would just be a really cool thing for me."

Earlier this month, an Olympic gold medal won by the US basketball captain Bill Wheatley at Berlin in 1936 was put up for auction.