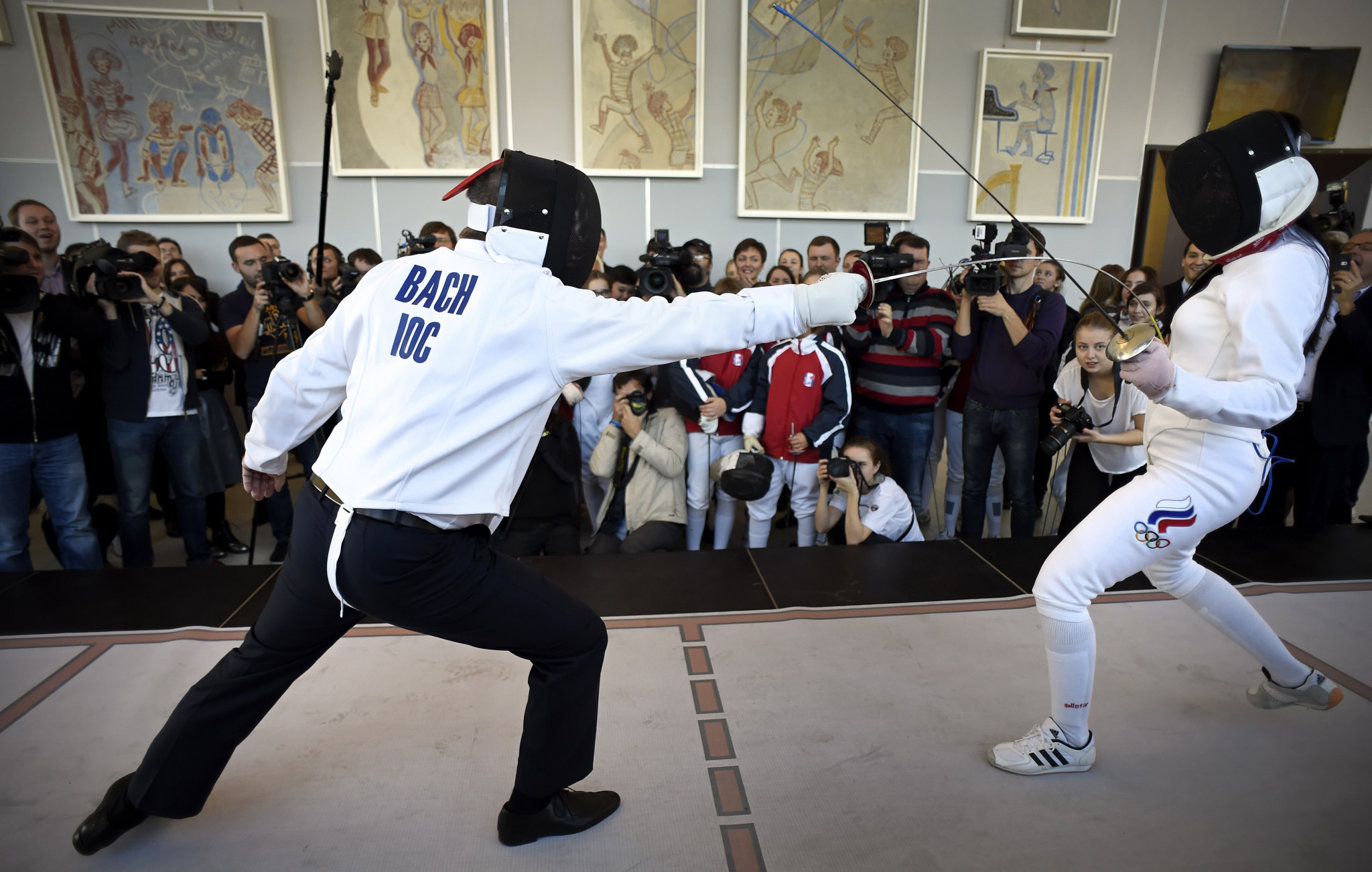 International Olympic Committee (IOC) President Thomas Bach has branded the boycott which may have robbed him of a second Olympic gold as "completely unsuccessful".

The West German Government forced the country's Olympic team to boycott the 1980 Moscow Games in protest over the Soviet invasion of Afghanistan.

It meant the fencer could not add to the gold medal he won in the team foil at Montreal 1976.

Speaking ahead of the 40th anniversary of the Opening of the Games today, Bach said: "Such sporting boycotts do not have any political effect whatsoever.

"The Soviet army stayed nine more long years in Afghanistan after the boycott.

"A sporting boycott only punishes the athletes of the boycotting country and deprives their people of sharing in the success, pride and joy of their Olympic team.

"The only political effect the boycott of 1980 had was to trigger the revenge boycott at the following Olympic Games in Los Angeles in 1984."

At the time of the Moscow Games, Bach was a spokesman for German athletes.

"This was a very tough time and to make the athletes' voice heard at this time was almost impossible," he added.

"We had to realise that on the one hand, the athletes were not really heard within the sports organisations.

"And on the other hand, we had to realise that also the sports organisations, the National Olympic Committees and the IOC had very limited political influence, to say it diplomatically.

"I could also say almost none.

"There was a very heated debate among the athletes first and then we finally came together and supported the majority of the athletes, because we wanted to go to Moscow."

Bach said he was not permitted to speak at the decisive meeting which voted to boycott.

"I was terribly disappointed that the voice of the athletes had not been heard," he said.

"That I couldn't even make my speech in the final General Assembly of the National Olympic Committee, that nobody really listened anymore, that they were bowing to the political pressure coming from all sides, and that they were not ready to stand up for the interests of sport."

The German also revealed that he had been the target of abuse during the months leading up to the decision.

"In public, it was really hurting sometimes," he said.

"We think we are fighting for a good cause and then I was insulted as a communist, as somebody who would be responsible for the fate of all the people in the Soviet bloc and so on."

Many later admitted to Bach that the boycott had been wrong.

"All the major actors, at least in Germany, told me 'we made a mistake' and this was not the right thing to do," he said.

"Even the then Chancellor, who was really pressing us at the time, took until 2008, but then he finally admitted that it was a mistake."

Then, in 1981, Bach was part of the athletes' group which addressed the 1981 IOC Congress in Baden-Baden and formed the first official Athletes' Commission.

He told the IOC Session on Friday (July 17) that the problem of political interference had returned, with some calling for a boycott of China at the Beijing 2022 Winter Olympics in light of the alleged treatment of Uyghur Muslims and Hong Kong's new security law.

"In some people's minds, the ghosts of the past are rearing their ugly heads," Bach said.

"Boycotts and discrimination because of political background or nationality are once again a real danger.

"It appears that today some just do not want to learn anything from history.

"This should never happen again to future generations of athletes.

"And this is what still drives me today to give all the clean athletes of the world the chance to participate in Olympic Games."

The full Big Read on the 40-year anniversary of Moscow 1980 can be found here.