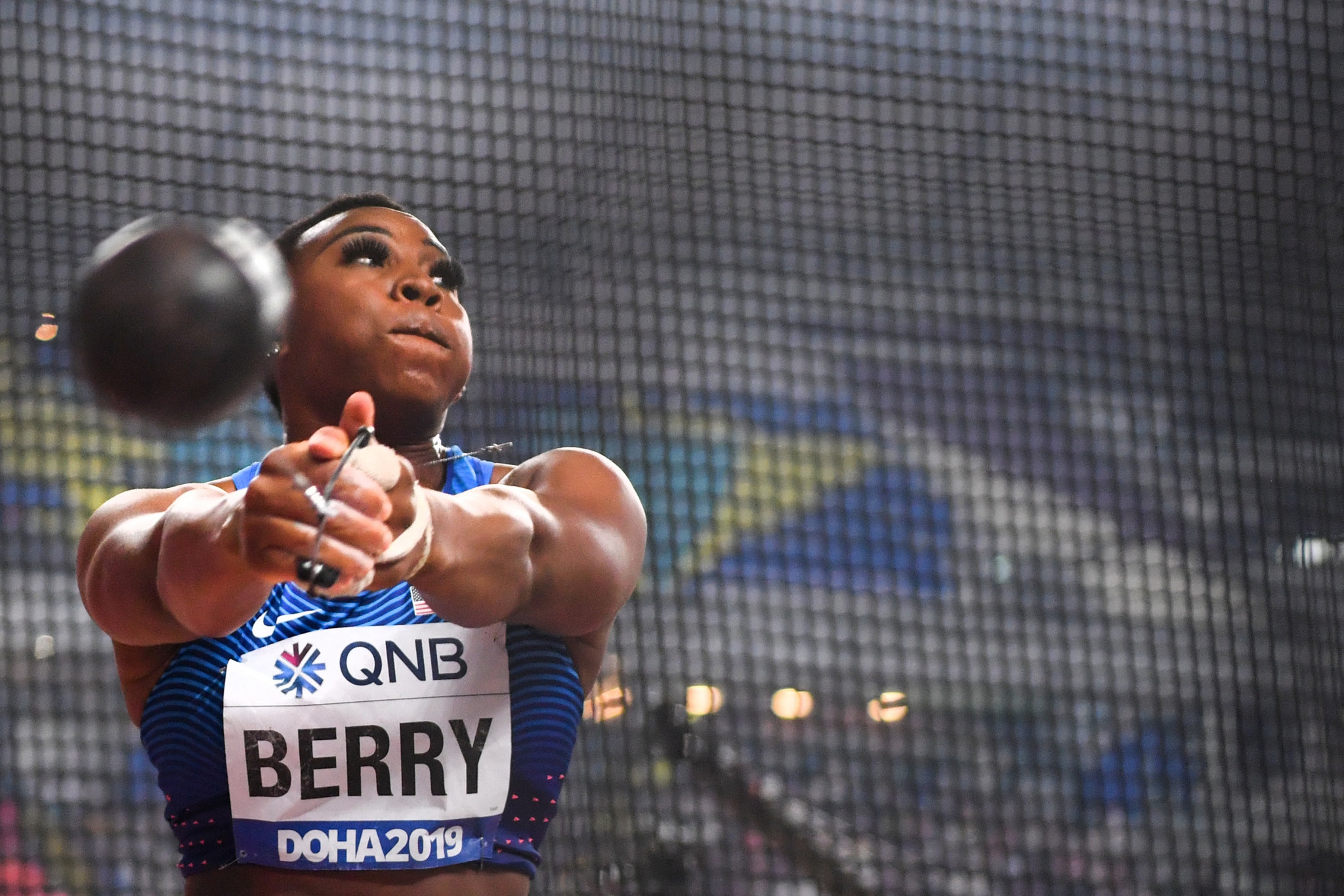 American hammer thrower Gwen Berry has claimed her omission from the USA Track and Field (USATF) Foundation grant list is punishment for staging a podium protest at the 2019 Pan American Games in Lima.

Berry, who won gold in the Peruvian capital, was not included on a list of 100 elite American athletes set to receive grants this year published by the USATF Foundation.

This is despite the 31-year-old ranking sixth in the World Athletics standings and second among American women.

Those four athletes are ranked 11th, 10th, 11th and 32nd in the world, respectively.

"I told you the truth.. here is the proof.. the word hypocrisy wouldn’t even suffice to describe this," Berry tweeted in response to her omission.

"And I dare someone tell me I don’t qualify.

"You say you support the Black Lives Matter movement yet you DEFUND the very athlete who took an stand when it was not popular."

In an interview with Yahoo Sports, Berry said the omission was due to her protest, claiming she had her funding threatened by a USATF Foundation official after raising her fist on the podium in Lima.

I told you the truth.. here is the proof.. the word Hypocrisy wouldn’t even suffice to describe this. And I dare someone tell me I don’t qualify. #dontPlayWithMe pic.twitter.com/2MFNLSj9Hk

"I know for sure that I wasn't chosen because of my stance on the podium," said Berry.

"Because I was told that."

The USATF Foundation rejected Berry's claim in a statement and said that she had been offered a separate grant of $5,000, which Berry turned down.

"In a perfect world, the Foundation would give all of our grantees more money but the demand exceeds the need at this point as we have over 250 applicants," it said.

"Gwen’s allegation that her stance on the podium at the Pan Am Games adversely affected our grant-making decisions in 2020 is inaccurate."

Berry and fencer Race Imboden were sanctioned with a year's probation by the United States Olympic and Paralympic Committee (USOPC) after protesting on separate occasions at the Pan American Games.

USOPC chief executive Sarah Hirshland was criticised by Berry, however, after publishing a letter addressing the widespread Black Lives Matter demonstrations across the world.

In the letter, Hirshland said that USOPC "stands with those who demand equality" before later apologising to Berry.

Berry demanded an apology from USOPC for her punishment after Lima 2019, and was then "able to express my grievances" in a telephone conversation with Hirshland and USATF officials.

The United States Olympic and Paralympic Committee Athletes' Advisory Council has since called on the International Olympic Committee to scrap Rule 50, which states: "No kind of demonstration or political, religious or racial propaganda is permitted in any Olympic sites, venues or other areas."