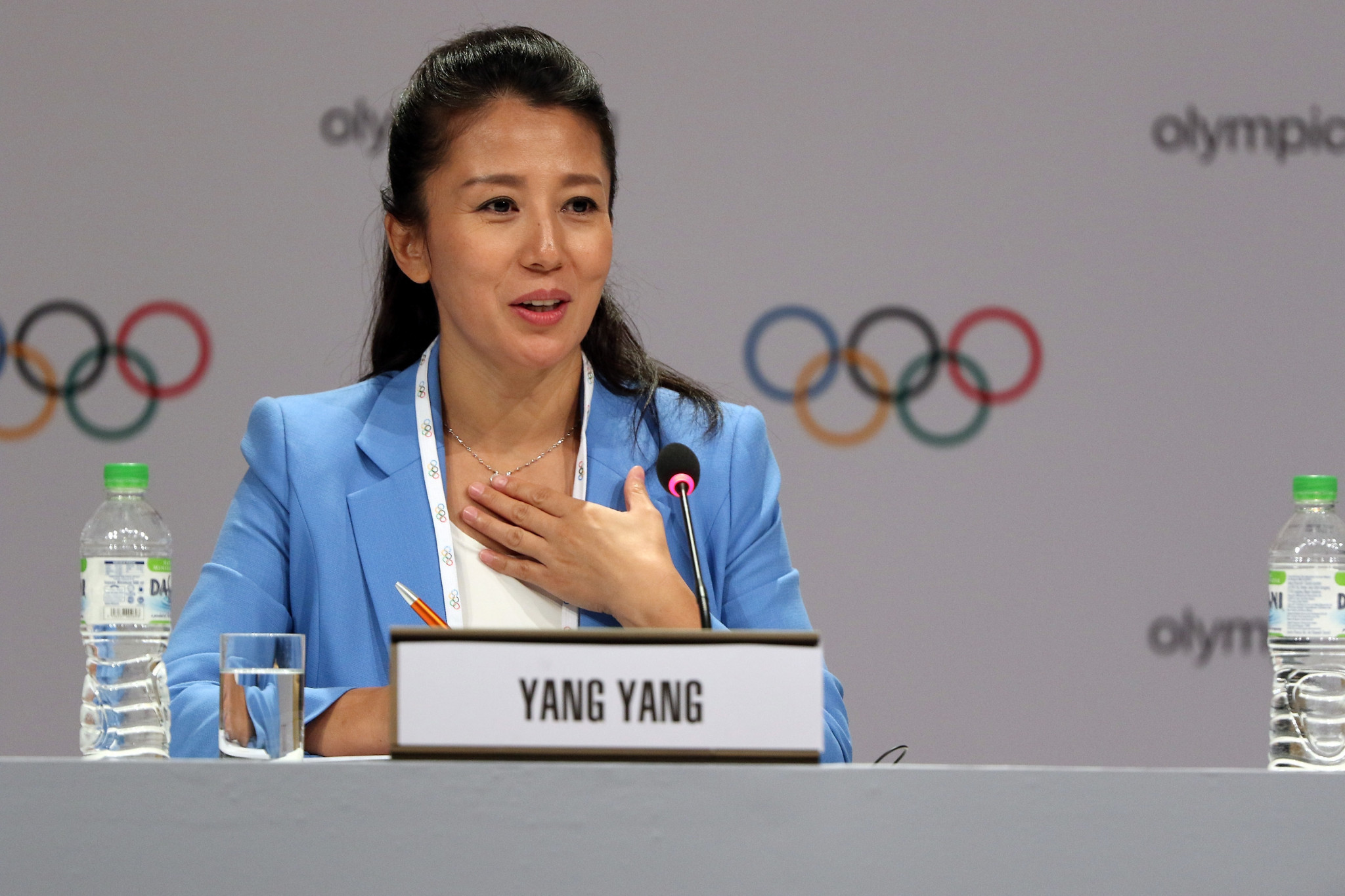 China's World Anti-Doping Agency (WADA) vice-president Yang Yang has called for calm amid an escalating feud between the drugs watchdog and the White House.

In a report to the United States Congress, the ONDCP questioned whether the country's investment was "value for money" and that it expected WADA to "operate in a transparent, accountable and independent manner".

The US pays more to WADA than any other nation, with its annual $2.7 million (£2.17 million/€2.39 million) contribution matched by the International Olympic Committee (IOC).

WADA's handling of the Russian doping crisis was singled out for criticism, with the report claiming there were "inadequacies" ahead of a key Court of Arbitration for Sport hearing in November.

Three areas should be monitored at WADA to see if funding will be pulled, the ONDCP said.

WADA must "include independent athletes and anti-doping stakeholders on its committees and decision-making bodies" and "be free from undue influence by sports organisations with a direct financial interest in its decisions".

The third point insists that WADA's top leadership bodies "should be proportionate to financial contributions", which is seen as a demand that American representation should increase.

Yang, a former short track speed skater who won an Olympic gold medal double over 500 metres and 1,000m at Salt Lake City 2002, acknowledged that both sides were fighting a common enemy.

"If the US stops funding, it will surely damage the global fight against doping because the US also shoulders important responsibilities in this cause," the 28-time world champion said to Xinhua.

"ONDCP's request, if granted, will lower the global representatives of WADA governance bodies, and deprive less advanced countries and regions the opportunity to be heard.

"Ultimately it will undermine WADA's fight to protect clean sport and clean athletes.

"Whereas equality among all athletes is what WADA has always safeguarded."

In response to the report, WADA said it could not be "governed solely by the few richest countries" and that the US already has greater representation than any other nation.

WADA President Witold Bańka, writing in a letter to ONDCP director James Carroll, said: "It is very disconcerting that, although the US has been around WADA's Board table for 21 years, the report's allegations have never been raised by US representatives.

"In fact, the US approved WADA's proposed governance reforms in November 2018, and just recently you personally voted in favour of WADA's new strategic plan for 2020 to 2024.

"Quite frankly, the US's behaviour around the Board table over the past years is simply irreconcilable with the allegations outlined within the report."

Yang is a former IOC Athletes' Commission member who served on WADA's Athlete Committee from 2005 to 2013.

She was elected as WADA vice-president in November after the IOC Executive Board nominated her as the Olympic Movement's representative for the position.

The Chinese replaced Norway's Linda Helleland, a vocal critic of the IOC and WADA in the fall-out to the Russian doping scandal, who also campaigned for widespread reform.

She now also sits as the chair of the Beijing 2022 Athletes' Commission.