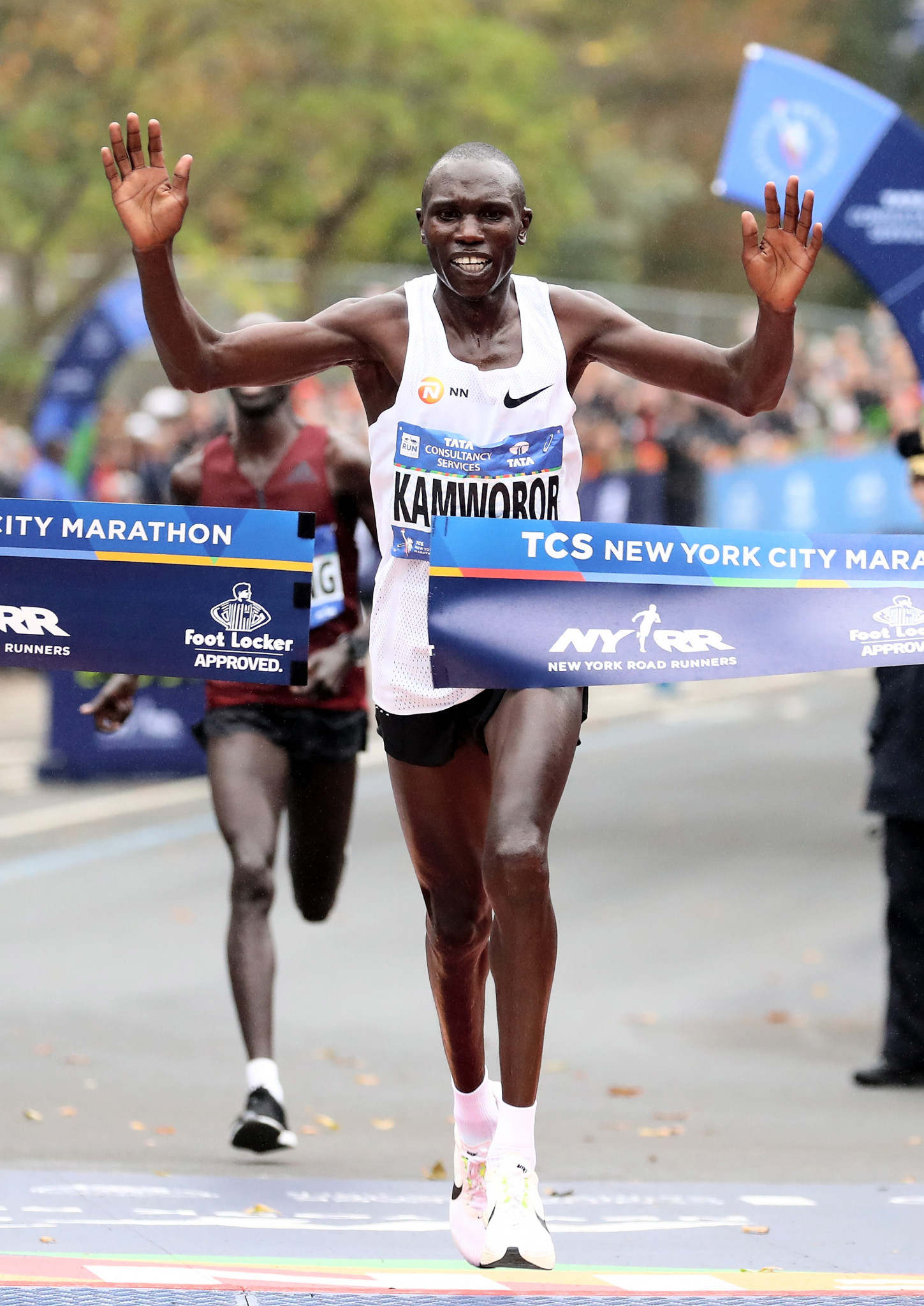 Kamworor broke away from a bunch of four rivals with three kilometres to go to win in 2 hours 10min 53sec.

The 24-year-old, who had finished second in 2015 behind Stanley Biwott, broke away from Wilson Kipsang Kiprotich and Ethiopians Desisa Lelisa and Lemi Berhanu Hayle to record a hugely satisfying victory at the World Marathon Major.Kipsang finished second in 2:10:56 just three seconds behind Kamworor, as Dedisa finished in third place ahead of Berhanu Hayle.

Kamworor has been a marathon runner for five years, having made his full debut in 2012 in Berlin.

He won the World Half Marathon title in 2014, in Copenhagen, Denmark, before defending it two years later in Cardiff, Wales.

He also won the World Cross-Country championships in 2015 in China before staging a successful defence in 2017 in Kampala, capital of Uganda.

The pre-race favourite, Ghirmay Ghebreslassie of Eritrea, was nowhere in sight.

His 2016 performance was the third-fastest time ever recorded on New York’s challenging course, but he faded on Sunday.

This was his 11th New York City Marathon.

In the women's marathon, Shalane Flanagan ended a 40-year drought for American women, dethroning one of the giants of the sport in the process.

Flanagan’s time of 2:26:53 was quick enough to beat the three-time defending champion Mary Keitany, of Kenya, and become the first American woman to win since Miki Gorman in 1977.

Flanagan, from Massachusetts, showed age is no barrier, winning at the age of 36.

Her previous best finish in New York had been second in 2010.

Thirty-five-year-old Keitany had been chasing history, attempting to join Grete Waitz as the only women to compile a winning streak of four New York marathons.

She was seeking to cap a fine year, in which she won the London Marathon in a time of 2:17:01, a women’s-only record.

She had blown away the field in New York a year ago, but had to make do with second place in a time of 2:27:54.

Mamitu Daska, of Ethiopia, competing in the Marathon for the first time, finished third with a time of 2:28:08.

Flanagan entered the Engineers’ Gate into Central Park with a wide berth.

Keitany, strangely, began to drift toward the east side of 5th Avenue, away from Flanagan’s tail, before zigzagging back into the customary route.