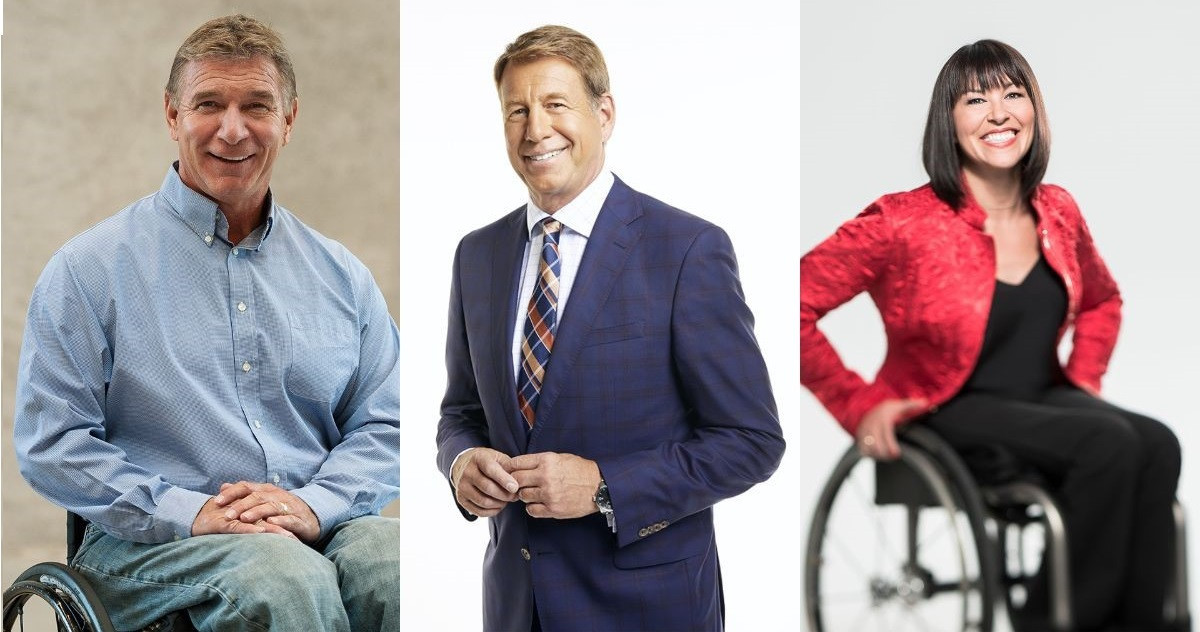 Chantal Petitclerc, Rick Hansen and Scott Russell are the first members to join the new Paralympic Foundation of Canada Honorary Board.

Senator Petitclerc is one of the most successful Para-athletes ever, having competed at five Paralympic Games from Barcelona 1992 to Beijing 2008 and won 21 medals - including 14 gold - in wheelchair racing.

She was awarded the Lou Marsh Trophy as Canada’s best athlete of the year in 2008.

Following her retirement from sport, Petitclerc has been a broadcaster, public speaker, Chef de Mission of the Canadian Paralympic team at Rio 2016 and was named to the Canadian Senate in the same year.

"It is important to me to stay involved with the Paralympic Movement," Petitclerc said.

"Our new generation of champions is valuable and has important strengths and voices that need to continue being respected and heard.

"Together, the veteran athletes, the rookies, and everyone behind the scenes, we are united and we can make a difference."

Known for his 40,000 kilometre Man in Motion World Tour, Hansen has played many different Para-sports throughout his life and is a six-time Paralympic medallist in wheelchair racing, competing at the 1980 and 1984 Paralympic Games.

"Thanks to the Paralympic Foundation of Canada and Canadian Paralympic Committee, athletes have more opportunities to participate in sport, and represent their communities in regional, provincial and international competitions," he said.

So happy to join these outstanding Canadians as an Honorary Board member of the Paralympic Foundation of Canada 🇨🇦 Our country is a leader in the Para sport movement at home and internationally @RickHansenFdn @CPetitclerc @CDNParalympics @Paralympics @cbc @cbcsports @CBCOlympics pic.twitter.com/8GakgtAnDO

"Sport is the universal language which is easily understood by people of every race, faith, circumstance, orientation, and ability," Russell said.

"I have always believed that the power of sport should be accessible to everyone.

"My continued involvement in Canada's Para sport movement is my commitment to that ideal."

Founded in 2015, the Paralympic Foundation of Canada is the philanthropic arm of the Canadian Paralympic Committee.

Its Honorary Board will be made up of Canadians who believe in Para-sport and ensuring that sport is available and accessible for every person across the country.

It is also set to recognise those who have already shown great service and dedication to elevating the Paralympic Movement.

"We are thrilled to welcome them as the inaugural members of our Honorary Board of Directors and are excited to work with them to further ensure that all Canadians with a disability can access sport."