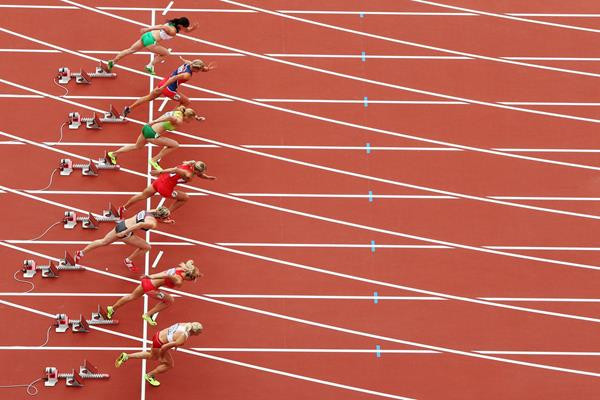 Fresh details of World Athletics’s hitherto unpublished finances have emerged, revealing that Japanese marketing giant Dentsu accounted for more than half the governing body’s revenue in 2018.

According to The Sports Examiner, which claims to have been sent the entire 300-page-plus document file from the body’s 52nd Congress, held in Qatar last September, sponsorship income from Dentsu accounted for $26.53 million (£21 million/€23.3 million) of World Athletics’ $47.5 million (£37.5 million/€42 million) of 2018 revenue.

Notes to the financial statements, audited by Ernst & Young, are said to explain that Dentsu income's is "split into two parts."

It says: "The first part corresponds to the commercial rights and amounts to $11 million (£8.7 million/€9.7 million) per year.

"The second part relates to TV rights in Japan and amounts to $7 million (£5.5 million/€6.2 million) per year.

"The invoices are made on four equal instalments per year and income is recognised as received during the year."

The notes continue: "During the year, an amendment was made to the agreement for the period of 2020-2029 and was signed.

The agreement with Dentsu also included a profit share income.

The new figures also include details of events expenditure in 2018.

This comments that Ernst & Young’s work was "much more straightforward" this time due to the "improvements in internal controls put in place by the CFO and his finance team."

The Commission also notes that there have been "major improvements in the relationship with Dentsu."

In response, World Athletics told insidethegames: "World Athletics, like many other Olympic sports, works on a four year business planning cycle balancing expenditure with only committed revenues to reach a ‘break even’ situation at the end of the four year period as our role as an International Federation is to distribute the grants, funds, sponsorship and broadcast revenues back into the running and development of the sport, which we do.

"Our revenue is reported in the year it is received with some years receiving greater revenues than others due to the events we host and when we receive grant and commercial revenues.

"We have a lot of rigour in our expenditure processes which we even out over the four year cycle.

"Managing our expenditure in a transparent and robust way was a core pillar in the reforms we introduced a couple of years ago which is why our congresses are open to the media who are able to listen to and report on all discussions that take place, including the reports from the commissions, such as the Audit and Finance Commission as well as the treasurers report.

"Through Dentsu we have recently secured 10-year renewals with ASICS, Seiko and TDK, a five year renewal with Mondo all on improved commercial terms of at least a 10 per cent increase and extended a number of key broadcast partnerships which is a strong position for the sport.

"This, coupled with the programme of reforms carried out across the sport has renewed confidence of the sports market and brands in World Athletics’ new direction which is further demonstrated by the signing last year of the biggest commercial partnership in the history of World Athletics, a 10-year title sponsorship deal with Wanda Group for the Diamond League as well as a five year media rights deal to sell the television rights of the Wanda Diamond League.

"We are managing our expenditure even more rigorously in the current climate by offsetting costs into next year where we can, furloughing staff which we have done {60 per cent of staff have been furloughed} and focusing on new revenue as well as looking at ways to make our money work harder for us through new partnerships and match funding.

"These strong long-term partnerships give us the financial stability to weather the economic storm caused by the pandemic, and the subsequent suspension of global sport, and, together with our robust management of our costs, we are confident we will emerge in better financial shape than many other sports organisations.

"We will be publishing our 2019 accounts this summer under the International Financial Reporting Standards (IFRS) rules.

"These rules have required us to review and align all our accounting methods and processes to the standards for both 2019 and the previous year.

"This large piece of work has now been completed together with our auditors and we will be able to show more clearly when and how revenues come into the organisation and how we assign them over the four year cycle."