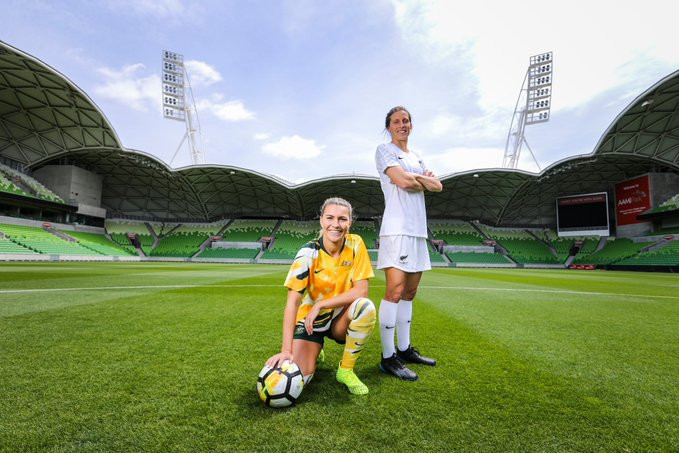 More details have been announced about Australia and New Zealand's joint bid for the 2023 FIFA Women's World Cup.

Entitled "As One", Australia and New Zealand have revealed more about their "historic and unique" bid in a newly-published brochure.

In order to ensure ideal playing conditions, they have proposed to hold the tournament in July and August, when it is mild winter in both countries.

This would also mean the event would not clash with other major international men's football tournaments.

Four groups would be held in each country, minimising travel distances for teams and fans.

In Australia, Perth, Adelaide, Melbourne, Launceston, Sydney, Newcastle and Brisbane have been proposed as host cities, alongside Auckland, Hamilton, Wellington, Christchurch and Dunedin in New Zealand.

Fifty-four team base camps have also been selected across both countries.

Our @FIFAWWC hosting concept puts the greatest players in the women’s game at the centre of everything we do, from their welfare to match preparation. World-class facilities, incl. 54 team base camps and referee HQs in Sydney and Auckland, ensure players can perform at their best pic.twitter.com/ixHBaGiJu0

"Participation of women and girls in sport and leadership makes New Zealand stronger as a nation, and we're keen to showcase that by hosting the FIFA Women's World Cup 2023," said New Zealand Prime Minister Jacinda Ardern.

"Alongside Australia we will welcome and embrace the world by hosting an outstanding tournament, creating a legacy for women and for football in our countries and far beyond."

Australia and New Zealand decided to join forces in their bid to host the tournament after reaching an 11th-hour agreement before the deadline in December.

Japan, Brazil and Colombia also submitted bids, while South and North Korea, Argentina and South Africa pulled out off the process in the run-up to the deadline.

FIFA's Council is set to select the host nation in June.

"This event will see the best female footballers in the world inspiring more women and girls to participate in sport.

"We will ensure that the event creates genuine impact across the region.

"The legacies will be profound and enduring."