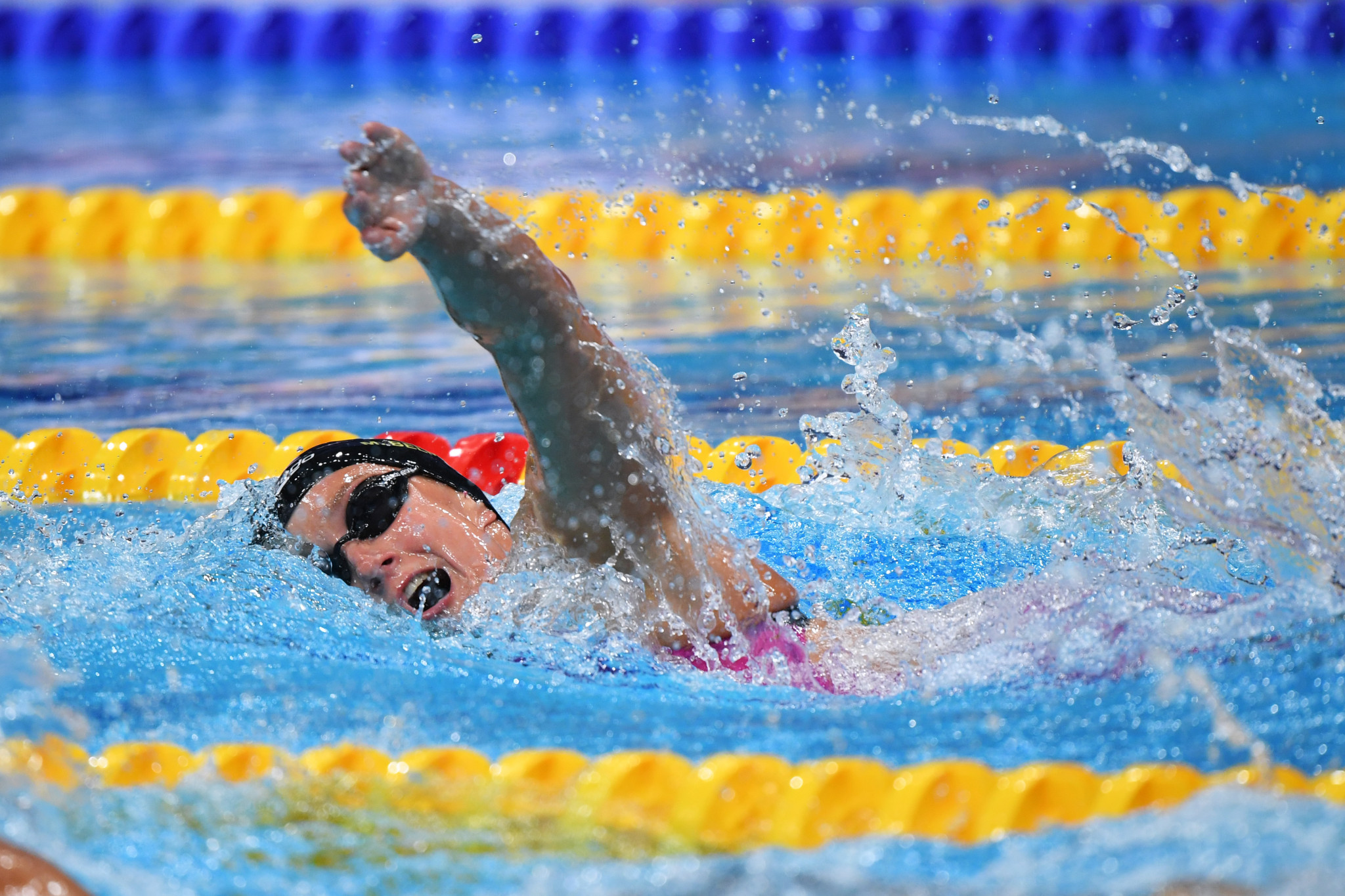 Olympic champion Mireia Belmonte would welcome the opportunity to be Spain's flagbearer at the rescheduled Tokyo 2020 Olympic Games.

The 29-year-old resumed training in Barcelona on May 18, as the Spanish Government eased restrictions introduced to combat the coronavirus pandemic.

Belmonte is aiming to compete at her fourth Olympic Games in Tokyo next year, with her debut coming at Beijing 2008.

Belmonte said she would be honoured to serve as Spain's flagbearer at the Tokyo 2020 Opening Ceremony if selected, when asked by Spain television channel Teledeporte in an interview.

"It would be a great honour to carry the flag of my country," Belmonte said.

"It is the highest honour that an Olympic athlete can achieve, and I have not been able to attend any Opening Ceremony in my past three Olympic Games.

"But it is the Olympic Committee who has to come to a decision and they have the last word."

Belmonte said swimmers were likely to have the opportunity to attend the Opening Ceremony at Tokyo 2020, despite competition in the pool beginning the following day.

It follows the decision to hold swimming finals in the morning sessions at Tokyo 2020, meaning only heats would be contested on the first day according to the current schedule.

Belmonte admitted it would take a while for swimmers to return to race shape following an extended period out of the pool due to the coronavirus pandemic.

She added that a vaccine would provide security for athletes and the Japanese population should it be produced ahead of next year's Games.

"The vaccine would give safety to the athletes and the entire population," she said.

"This way we could go safer to an Olympic Village with many athletes and a big audience, where we don't know the chances of getting infected."