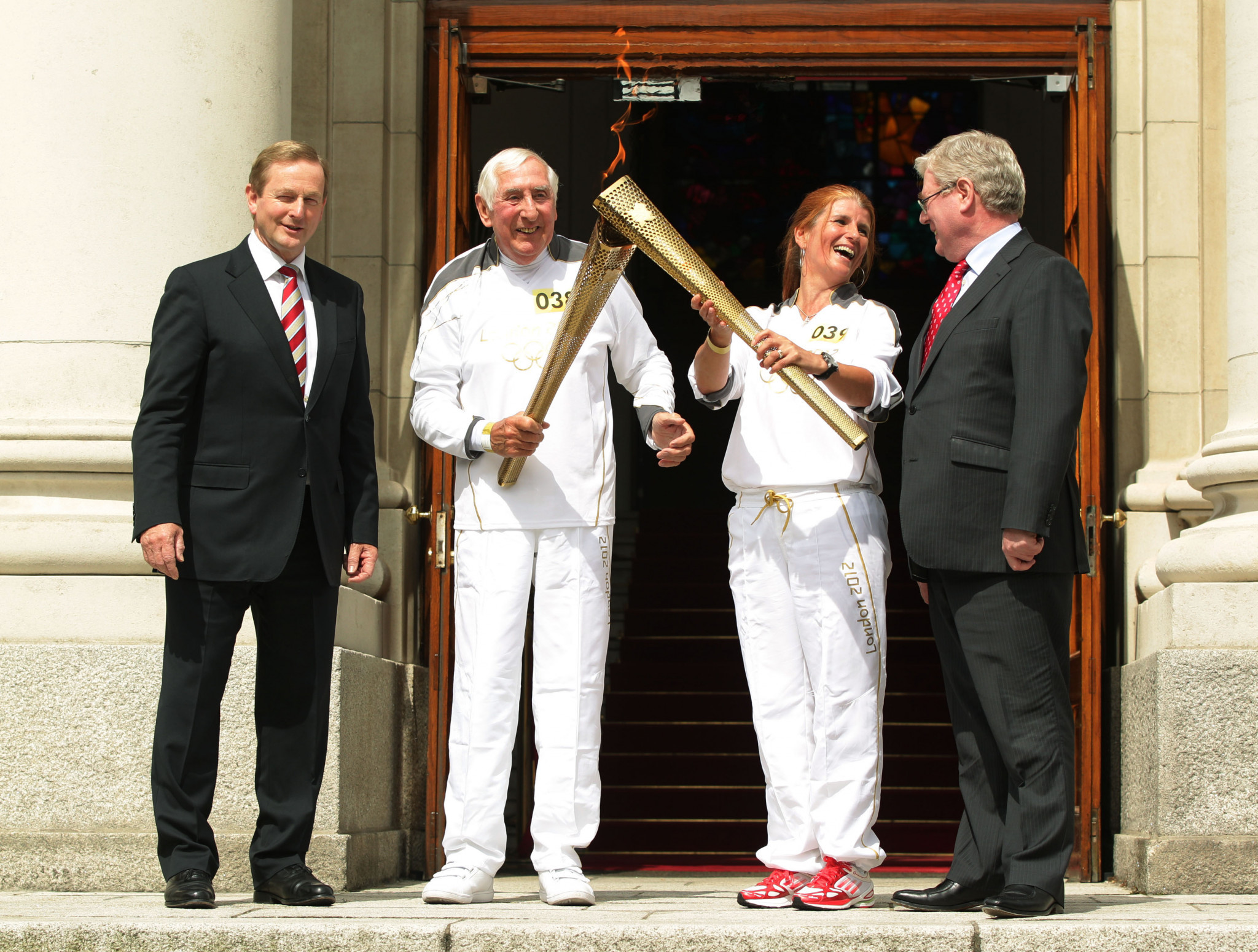 The sign for a street named in honour of one of Ireland's greatest Olympic gold medallists Ronnie Delany is to be changed after 60 years, after it was spelled incorrectly when it was put in place.

The street in Strabane was named in honour of Delany, who won gold in the men's 1500 metres at the 1956 Melbourne Olympic Games.

Houses in two streets were built just after Delany's success, with the roads named Olympic Drive and Delaney Crescent in Delany's honour.

Delany won gold at Melbourne 1956 in what was then a new Olympic record, overcoming home favourite John Landy with an impressive final lap of 53.8 seconds.

Delany also competed at the Rome 1960 Olympics in the 800 metres, reaching the quarter-final stage, while he won bronze in the 1500m at the European Athletics Championships in 1958.

The addition of an incorrect second e in the first part of the title of Delaney Crescent was only noticed last weekend when it was identified by sports historian Pierce O'Callaghan.

O'Callaghan notified Mayor of Derry and Strabane Michaela Boyle who says she is determined to get it amended before she stands down, as reported by the Belfast Telegraph.

O’Callaghan said Delany, now 85, was unaware of the honour given to him by the people of Strabane but was nonetheless delighted, and would like to attend the unveiling of the corrected sign.

O'Callaghan explained the chain of events saying: "I set up an Irish Athletics History social media page in January and one of the contributions to it was a photograph of Delaney Crescent in Strabane named after Ronnie Delany.

"I casually mentioned that the spelling wasn’t right and that it would be great if it was corrected and I could bring Ronnie up to see it.

"Less than a couple of hours later the Mayor Michaela Boyle came on to the page and said that was a great idea and she was going to follow up on it.

"I mentioned it to Ronnie and he told me he had never been aware of it but he was delighted and even though he is 85, he is sprightly.

"I know there’s a bit of work to do to make this happen but I said to the Mayor, I will bring Ronnie up to Strabane and we might be able to get Sebastian Coe to come as well because he is good friends with Ronnie."

Before a new sign is erected, the corrected spelling of Delaney Crescent, needs to be recorded with Derry and Strabane Council - a process the Mayor has already begun.

Boyle said: "I grew up just two streets away from Delaney Crescent and Olympic Drive and I have to admit, like most people in Strabane I never made the connection.

"This was brought to my attention on Sunday evening and on Monday morning I contacted our chief executive to find out what needs to happen to correct this and we are already working on it.

"It will take some time to go through that process and get everything in place but I really want to get this done before my time as Mayor is over."

A housing development in Arklow, Delany's birthplace, was named in his honour last year.

It has the correct spelling of his surname as it is titled Delany Park.