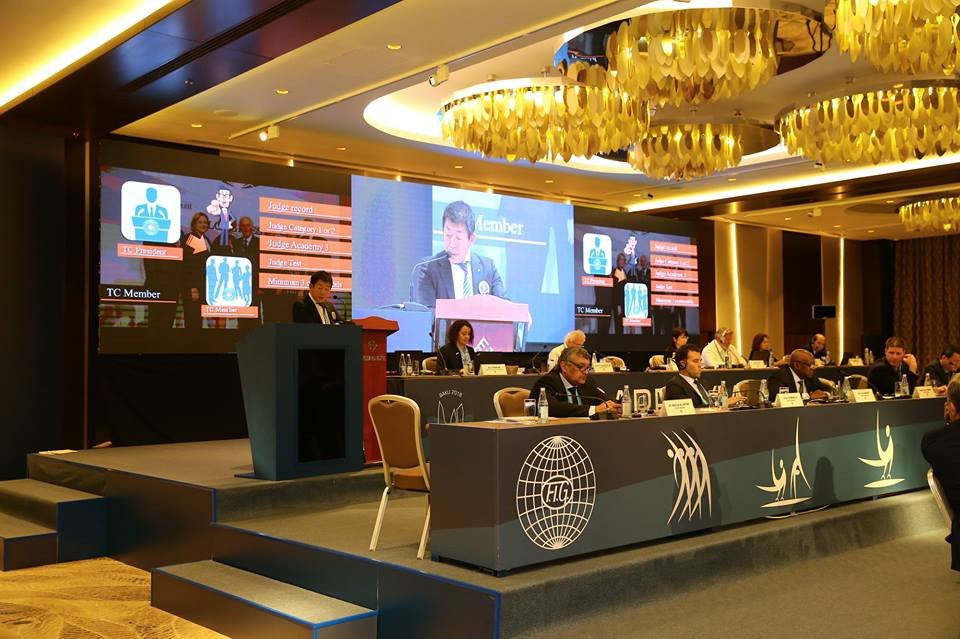 The International Gymnastics Federation (FIG) will delay the publication of candidates running for election until a decision on the governing body's Congress is made.

The FIG's Congress was due to take place in Antalya in Turkey from October 23 to 25, but has been thrown into uncertainty due to the coronavirus pandemic and the postponement of the Tokyo 2020 Olympics to 2021.

With it originally being an Olympic year, the elections of the FIG President, Executive Committee members, Council, Technical Committees and Gymnastics for All Committee were due to be held at the 2020 Congress.

The deadline for nominations for the election was yesterday, but FIG will not publish a list of candidates, even internally, until a decision on the Congress has been made.

Morinari Watanabe, the current FIG President, is expected to contest his re-election unopposed.

The Japanese official has served one term at the helm of the governing body, having been elected in October 2016.

Meetings of the FIG Executive Committee and Council have already been postponed because of the pandemic.

Both meetings were due to take place in Swakopmund in Namibia.

The FIG said it was in discussion with local organisers over the possibility of finding new dates for the meetings.

Like most sports, the gymnastics calendar has also been decimated by the pandemic.

The Acrobatic Gymnastics World Championships – originally scheduled from May 29 to 31 in Switzerland – is one of numerous events to have been postponed.