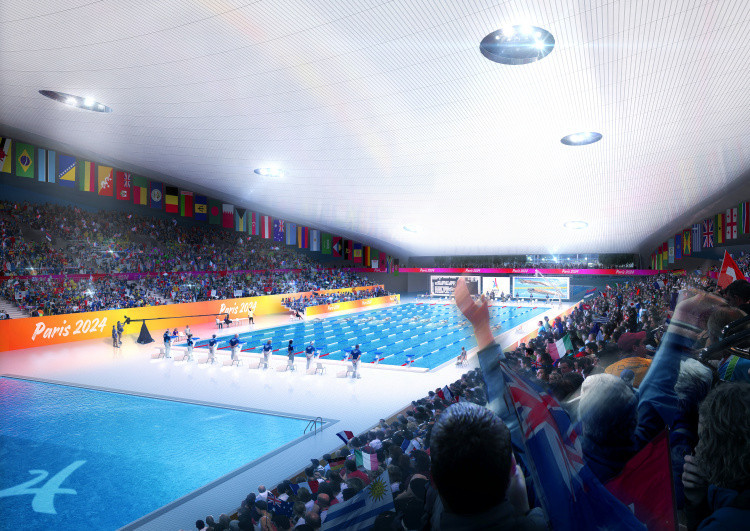 Organisers had initially been due to select the successful tender for its aquatics venue in November, one of only three venues being built from scratch for the Olympic and Paralympic Games in the French capital.

The aquatics centre is due to be housed at the Plaine Saulnier site in Seine Saint-Denis.

The Métropole du Grand Paris, who are contracted to decide the tender, postponed choosing between the companies tasked with building and operating the facility in December.

According to Le Parisien, two projects are under consideration.

One would be 50 metres long and designed for artistic swimming and water polo, while the other would be 25m and produced for diving.

Bouygues, associated with Dalkia-EDF and Recrea, have reportedly proposed developing a 70 metres swimming pool which can be adjusted.

The latter is claimed to be the favourite, although doubts were reportedly raised over whether it would meet International Swimming Federation (FINA) criteria.

The centre will remain as a permanent venue following the Paris 2024 Olympic and Paralympic Games.

Three other pools of 50m, which will be used for swimming competitions will be temporarily installed for the Games.