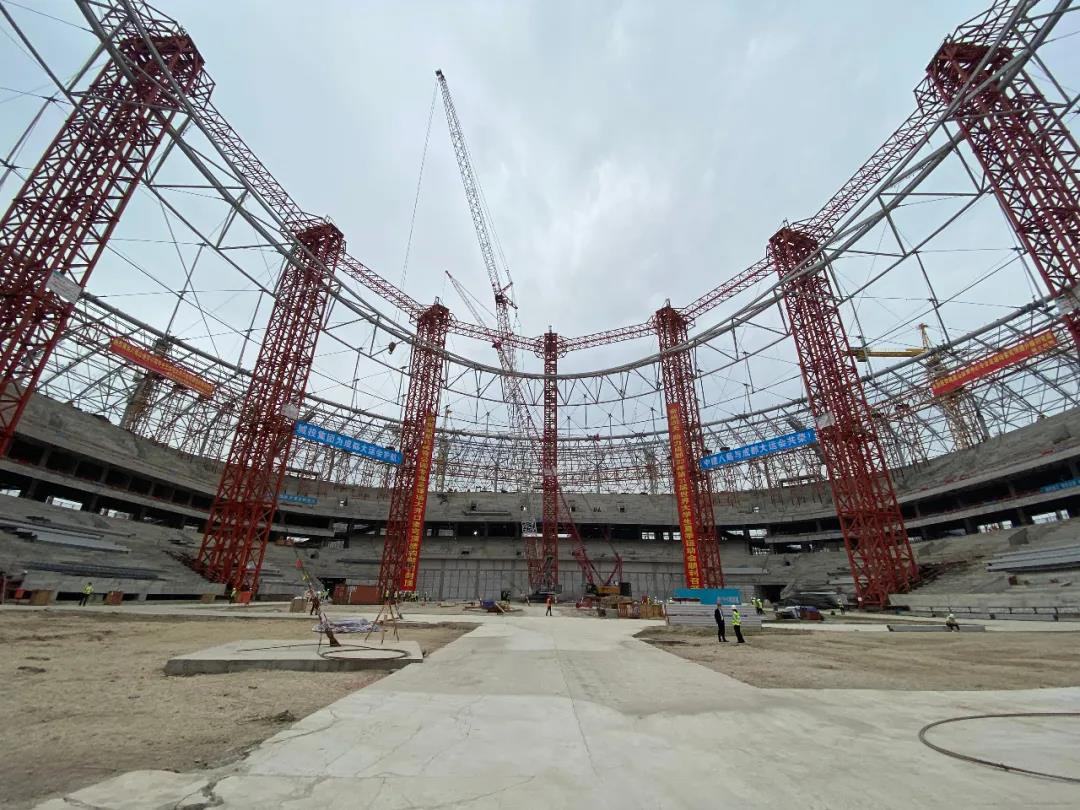 An important part of the 2021 Chengdu Summer University Games sports complex has been completed with the structure of the Phoenix Mountain stadium being built due to open after the Games.

The football stadium is a key part of the complex being constructed for the Games, but will not be a part of Chengdu 2021.

Instead it will be completed ahead of its hosting of the Asian Cup in 2023 as one of the main venues for the football tournament.

With the final cable pin being completed on Friday (April 17) morning, the next construction stage will involve the creation of the metal roof, with the large open-cable dome structure being the first of its kind in China.

Along with the metal roof, a facade curtain and membrane structure is next to be completed to give the stadium an outer body.

The stadium will seat 60,000 people upon completion and will meet FIFA standards that will allow the city to host elite international football events including the World Cup.

Next to this structure, an 18,000-seater venue will meet the standards of the National Basketball Association and will also be able to host ice hockey, badminton, table tennis, handball, gymnastics and other indoor sports.

The dome is constructed by Chengdu Urban Investment Group as well as China Construction Eighth Bureau.

Phoenix Mountain Sports Center complex will be core for the 2021 Games and the football arena will be one of the main stadiums for the Asian Cup in 2023.

China is set to host the Summer University Games next year, 10 years on from the last time it held the Games in Shenzhen.

It will be the third time in 20 years that China is the host after the 21st edition was stage in Beijing in 2001.