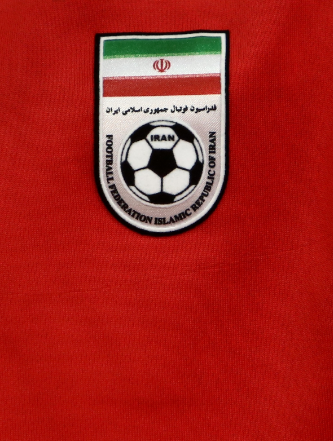 The Football Federation Islamic Republic of Iran (FFIRI) hopes to stage its elections on October 6.

The General Assembly was initially due to take place on March 15 but was deferred after FIFA ordered the FFIRI to postpone the event until the national governing body amended its statutes.

FIFA had already sent a letter to the FFIRI on February 24, stressing that the General Assembly should be delayed.

Football’s world governing body had asked FFIRI officials to first conduct "revision and amendment" to the statutes before staging the General Assembly.

FIFA had implied that the previous version of the statutes contained several particularly problematic provisions.

This included potential Government interference in the FFIRI elections.

The FFIRI indicated earlier this month that they hoped to hold their General Assembly in September, with elections due to be held at the meeting.

According to the Tehran Times, the organisation will seek FIFA’s permission to move the date of the General Assembly to October 6.

Approval is likely to depend on whether FIFA approves of changes to the FFIRI statutes.

The FFIRI appointed Mohammad Nabi as the organisation’s secretary general earlier this month.

His initial appointment in a temporary capacity drew concern from the Asian Football Confederation, which said it would refuse to recognise Nabi in the position.

It had been claimed Nabi’s appointment may have been a breach of the FFIRI statutes.

The AFC had written to the federation amid claims the FFIRI had not sent an invitation to Executive Committee members detailing the meeting and agenda.

The FFIRI then appointed Nabi as secretary general on April 6 at another Executive Committee meeting.

Executive Committee members were in attendance to confirm the decision, the FFIRI claimed.

Nabi said the federation has abided by its statutes and that incorrect information had been given to the AFC.

Nabi is overseeing changes to the statutes to allow the elections to take place later this year.

He presented steps for approving the statutes, drafting regulations and the election process to the FFIRI Board of Directors at a meeting held earlier this month.

"Recently, a timetable and a route for preparing and approving the statute have been sent to FIFA, and God willing, we will proceed according to the presented plan, and while the work is progressing, we will inform the relevant cases through the federation's website, if necessary," Nabi said.

"It has been decided to submit their amended and proposed comments to the federation so that their opinions can be used in preparing the most important football document in the country at the same time.

"In addition, the members of the assembly will participate in this process in three stages."

The official is the former general manager of Iranian football club Gostaresh Pars Khodro, as well as a vice-president of Persepolis and a member of the Board of Directors during his tenure there.