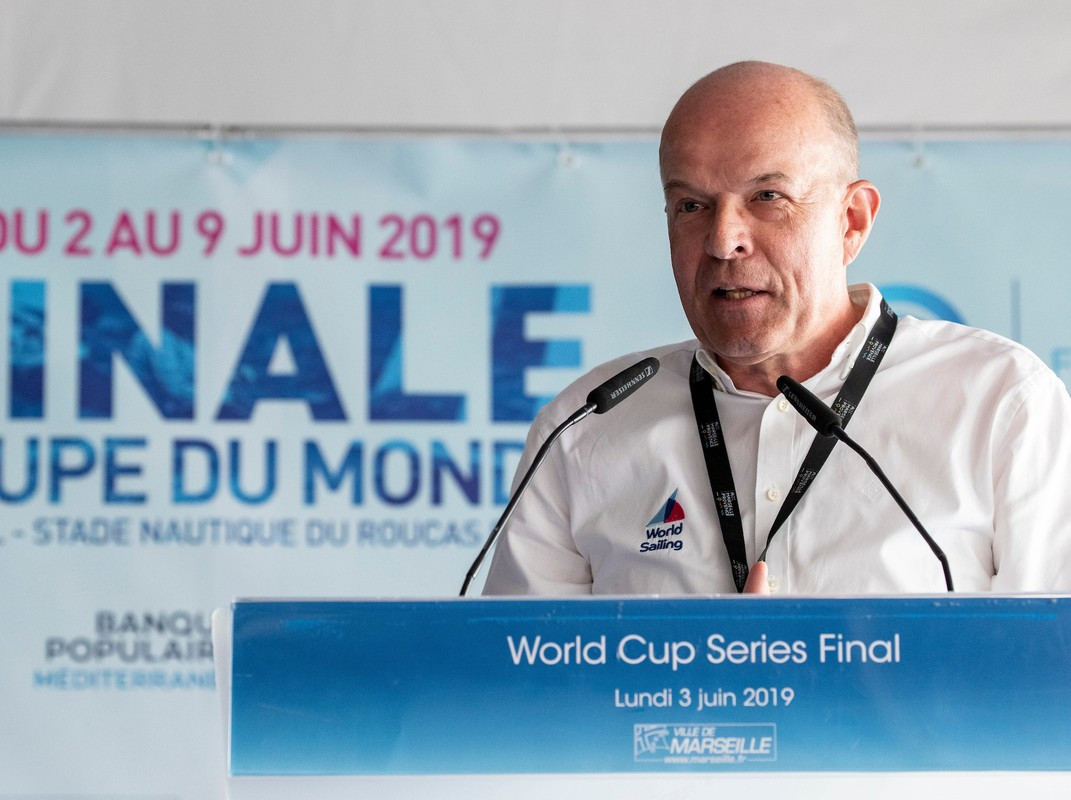 World Sailing President Kim Andersen has hit back at his "disrespectful" critics after confirming he will seek a second four-year term at the helm of the organisation.

Andersen told insidethegames he will stand for re-election during a vote which is set to be held later this year but remains in doubt because of the coronavirus pandemic.

The Dane, who unseated incumbent Carlo Croce to become World Sailing President in November 2016, is facing at least one challenger after Spanish official Gerardo Seeliger announced he would run against Andersen last September.

It had been widely expected that Andersen would seek re-election but he had not publicly revealed his intentions.

The 62-year-old has faced widespread criticism in recent months owing to sailing's financial situation, which vice-president Scott Perry told insidethegames was "precarious" and admitted had been made more acute by the postponement of the Tokyo 2020 Olympic Games.

A costly move of World Sailing's headquarters from Southampton to London has also been the subject of denunciation from some sectors of the organisation.

Andersen was dealt a blow after a package of governance reforms, which he urged Member National Associations to support, failed to pass at the Annual General Assembly in Bermuda in November.

Seeliger had told insidethegames last October that Andersen was facing "many problems", but the Dane insisted the organisation was moving in the right direction under his stewardship, citing growth in exposure and engagement, esailing and development in gender equality among his main achievements.

Andersen also shifted blame for some of the financial issues on to the previous Board and said World Sailing was looking into a possible renegotiation of its office lease as part of cost-cutting measures.

"When you look at what we have achieved when it comes to media exposure, gender equality, getting better traction in Para sport and others, then a lot of the things I mentioned in our manifesto, we have been able to do," Andersen said.

"When I was elected, we made a study with the Member National Associations about what we should prioritise, and you will see a lot of those things that have been achieved.

"You can always improve and do things different, but the organisation we took over and the issues regarding the assumptions made by the budget...now I know much more about what we have to look for.

"When you are elected, and presented with budget assumptions, you trust them.

"I didn’t know the lease was already expiring in April/May 2017 so we had four to five months to relocate and the headquarters were moved on the assumption of the budget that we took over was okay, not that some of the commercial income was not materialising.

"That is where the mistake and where the criticism comes from."

Responding to his critics, Andersen added: "I think they should look at themselves, we know them and we know what they are standing for.

"I think they have a bigger issue if that is the level of respect they have for somebody who is doing a job and someone who has done it for World Sailing over many years and has been quite successful at doing it."

The Presidential election is scheduled to take place at the Annual General Meeting (AGM) in Abu Dhabi on November 1, but the meeting has been thrown into doubt amid lingering fears over the COVID-19 pandemic.

Andersen said a decision on whether the Annual General Assembly could take place as planned, set to be taken based on a recommendation from World Sailing's Constitution Committee to the Board, would need to be made by June.

A postponement of the AGM would effectively grant Andersen an extension to his reign, although the Dane said this would also be looked at by the Constitution Committee.