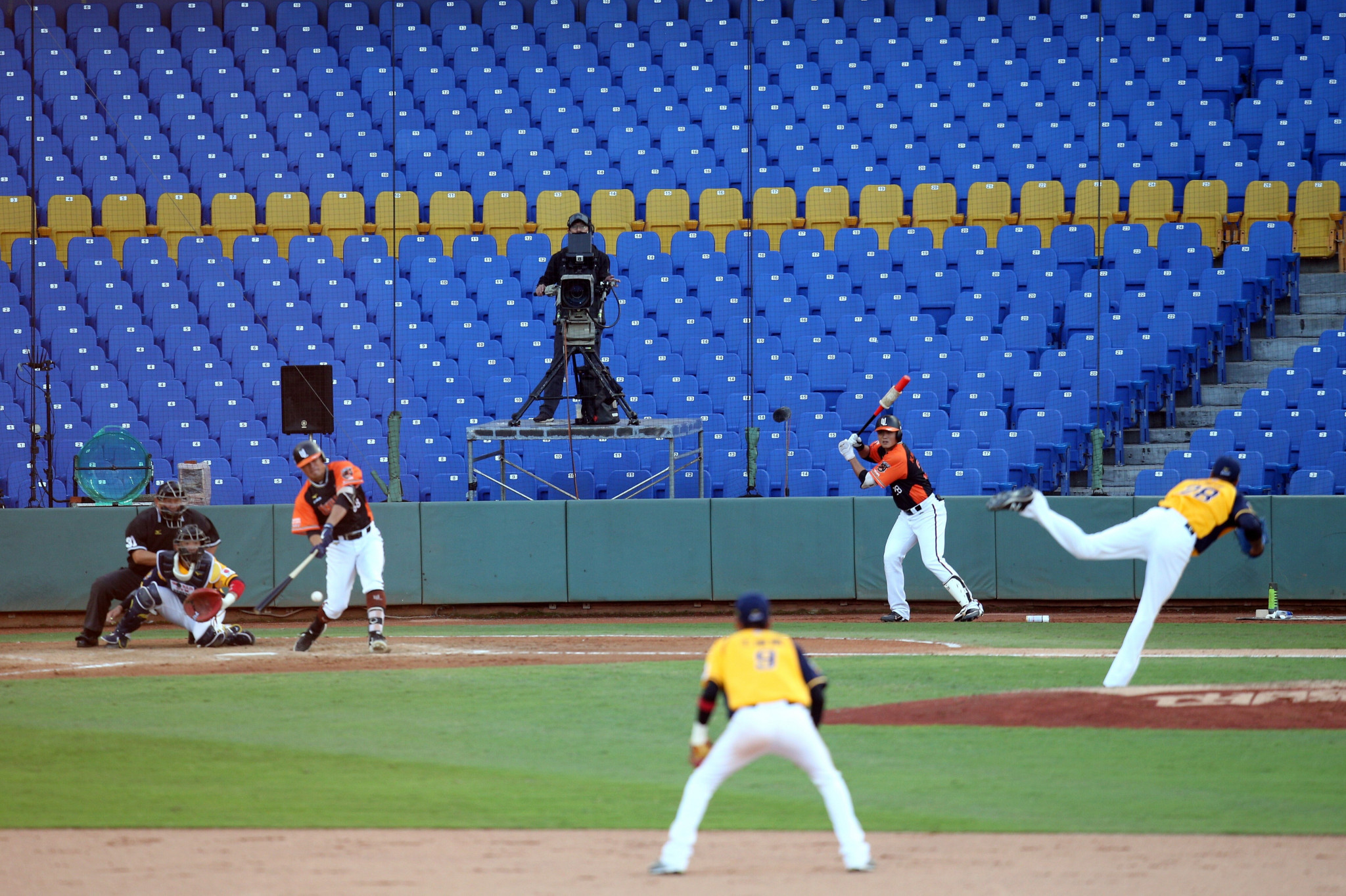 A day later than initially planned, the first pitch was thrown in the Taiwanese baseball league today as it became the sport's first professional league to begin its 2020 season.

The Rakuten Monkeys and Chinatrust Brothers had been due to play the Chinese Professional Baseball League (CPBL) curtain-raiser yesterday, but rain caused the postponement of that game.

The Monkeys' clash with the Fubon Guardians today also fell victim to the weather, but the Brothers were able to take to the field and get the season underway.

Without any fans in the stands, the Brothers took on the Uni-President Lions and two extra innings were needed to separate the teams.

Having survived a bases-loaded jam the inning before, the Lions scored three times in the 11th to secure a 4-1 victory.

Games are limited to just 500 people being the stadium - including players, umpires, coaches, officials and those working on the TV broadcast - meaning fans cannot go to matches.

Mascots - complete with facemasks - and cheerleaders were in attendance, however, with dancing performances and musical interludes between innings as much of the pageantry of a baseball game remained.

The CPBL is the first baseball league to begins its season, with the coronavirus pandemic having brought the sport to a halt across the globe, and other leagues in multiple sports will be watching carefully to see what they can learn from the CPBL.

After coronavirus fears pushed back the CPBL start date, the league has changed its schedule to ensure teams travel less throughout the season and has implemented strict preventative measures at stadiums, hotels and team facilities.

However, Taiwan's low number of confirmed coronavirus cases - less than 300 - may mean what works there is not replicable in other nations.