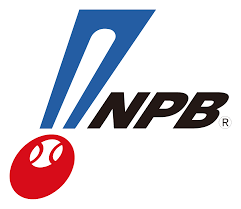 The opening day of Japan’s elite baseball league will not take place on April 24, as previously hoped, due to the coronavirus pandemic.

As reported by Kyodo News, Nippon Professional Baseball (NPB) is now looking to open its regular season in late May.

But, for the first time, NPB has decided not to announce a specific date following a meeting of representatives from its 12 teams.

The 143-game season had initially been due to begin on March 20, before a mid-season break for the Tokyo 2020 Olympic Games which themselves have been postponed until next year due to the pandemic.

The start of the campaign was later postponed to April 24, but today’s decision indicates new plans are required.

"We had hoped to play 143 games, but now we have to consider reducing that total," NPB commissioner Atsushi Saito was reported as saying by Kyodo News.

On Tuesday (March 31), the six Presidents from NPB's Pacific League agreed that opening the season on April 24 would be very difficult.

This was partly due to the fact that three players for the Central League's Hanshin Tigers baseball team tested positive for coronavirus last week.

Shintaro Fujinami, Hayata Ito and Kenya Nagasaka were confirmed by the Hanshin Tigers to have tested positive for the virus, officially known as COVID-19.

Fujinami was reportedly the first to test positive, followed by Ito and Nagasaka whom were believed to have dined with their team-mate.

The trio were the first NPB players to have tested positive for coronavirus.

Major League Baseball in the United States has also delayed the start of its season indefinitely, with the league considering options for potential new schedules should competition be held later this year.

Korean Professional Baseball has also pushed back the start of its season until late April at the earliest.