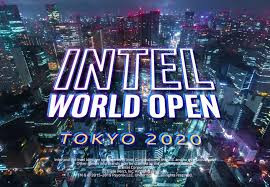 An esports tournament which had been due to take place in Tokyo in the lead-up to the 2020 Olympics has been delayed until 2021 after the Games were postponed by a year because of the coronavirus pandemic.

The Intel World Open had been scheduled to be held between July 22 and 24, and was set to be an important showcase of esports prior to the start of the Olympics in the Japanese capital.

It had been widely expected that the event would be pushed back until 2021 following confirmation of the postponement of Tokyo 2020 last month.

In a statement, Intel confirmed the event and the online qualifiers, which had been scheduled to begin on May 2, would instead be staged in 2021.

"Due to the evolving global situation around COVID-19 and the postponement of the Olympic Games, the Intel World Open, and the planned May 2 online qualifiers, have been postponed until next year," Intel said in a statement.

"Although we were excited to witness the best Street Fighter V and Rocket League players, we must focus on the health and safety of the community first.

"We will continue to monitor the situation and provide updates as quickly as we can.

"Though we will have to make adjustments to ensure everyone’s safety, we are committed to bringing Intel World Open to life."