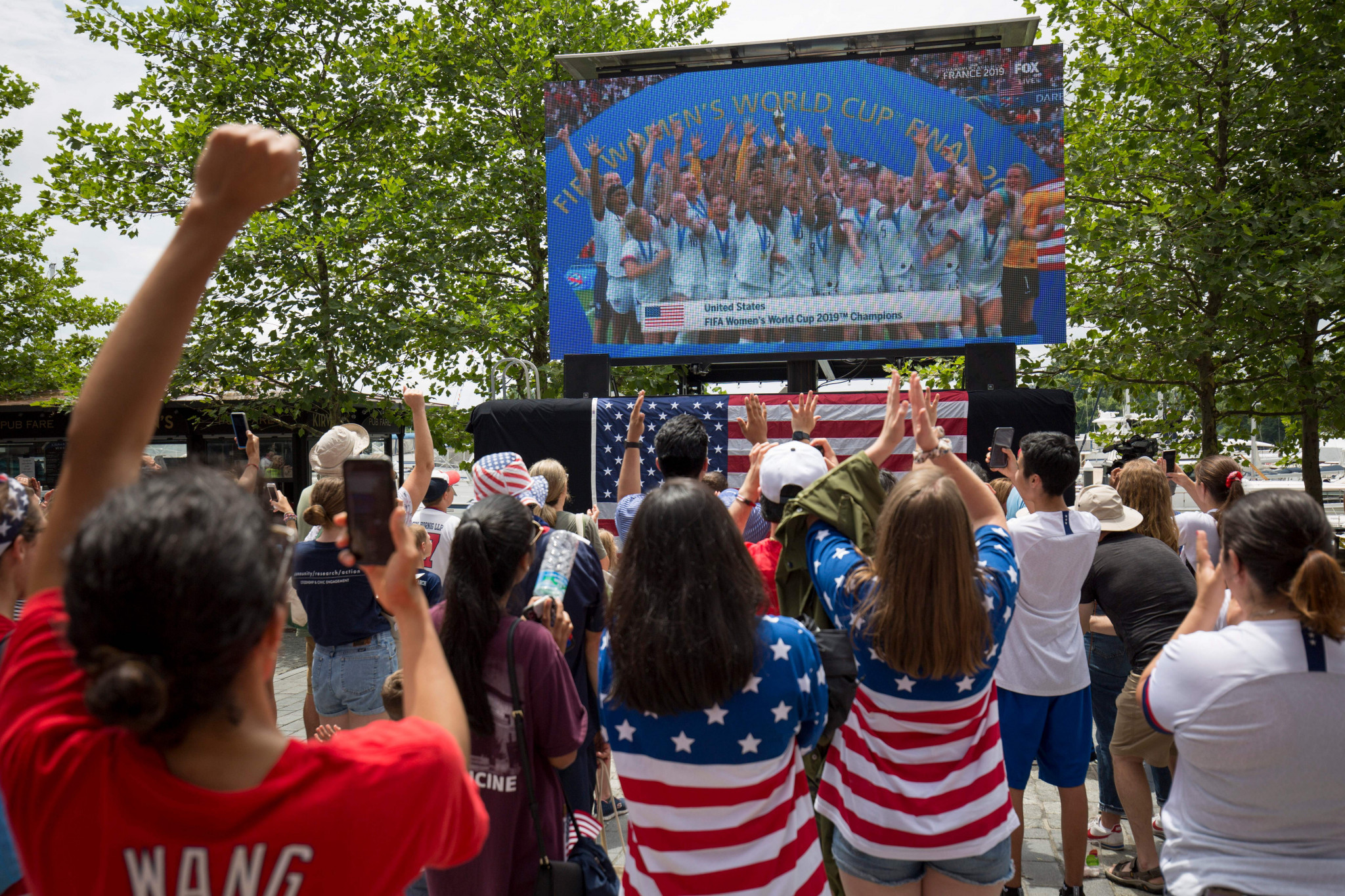 The figure was calculated by the amount of people tuning in to official broadcast coverage for at least one minute on TV, on digital platforms or out-of-home.

TV accounted for the majority of the global audience, with 993.5 million viewers watching for at least one minute on a TV set at home, an increase of 30 per cent on the audience for the 2015 edition held in Canada, which reached 764 million.

An estimated 481.5 million people accessed coverage of France 2019 on digital platforms, equivalent to 43 per cent of the total audience reach.

This was up considerably on the estimated 86 million watching on digital platforms in 2015.

The final between the United States and The Netherlands, won by the Americans, was the most watched FIFA Women's World Cup match ever, with an average live audience of 82.18 million.

The 52 matches played in nine host cities were broadcast in 205 territories around the world, with an average live match audience of 17.27 million viewers, more than double the 8.39 million average from 2015.

This can be attributed to the greater distribution of matches on higher-profile broadcasters in many countries, such as Brazil, France, Italy and the UK.

"More than a sporting event, the FIFA Women’s World Cup 2019 was a cultural phenomenon attracting more media attention than ever before and providing a platform for women's football to flourish in the spotlight," said FIFA President Gianni Infantino.

"The fact that we broke the one billion target just shows the pulling power of the women's game and the fact that, if we promote and broadcast world-class football widely, whether it's played by men or women, the fans will always want to watch."

FIFA previously claimed success on the Women's World Cup digital channels, with posts during the group stage gaining a combined 433 million views, of which 82 million were video views of goals, highlights and analysis.