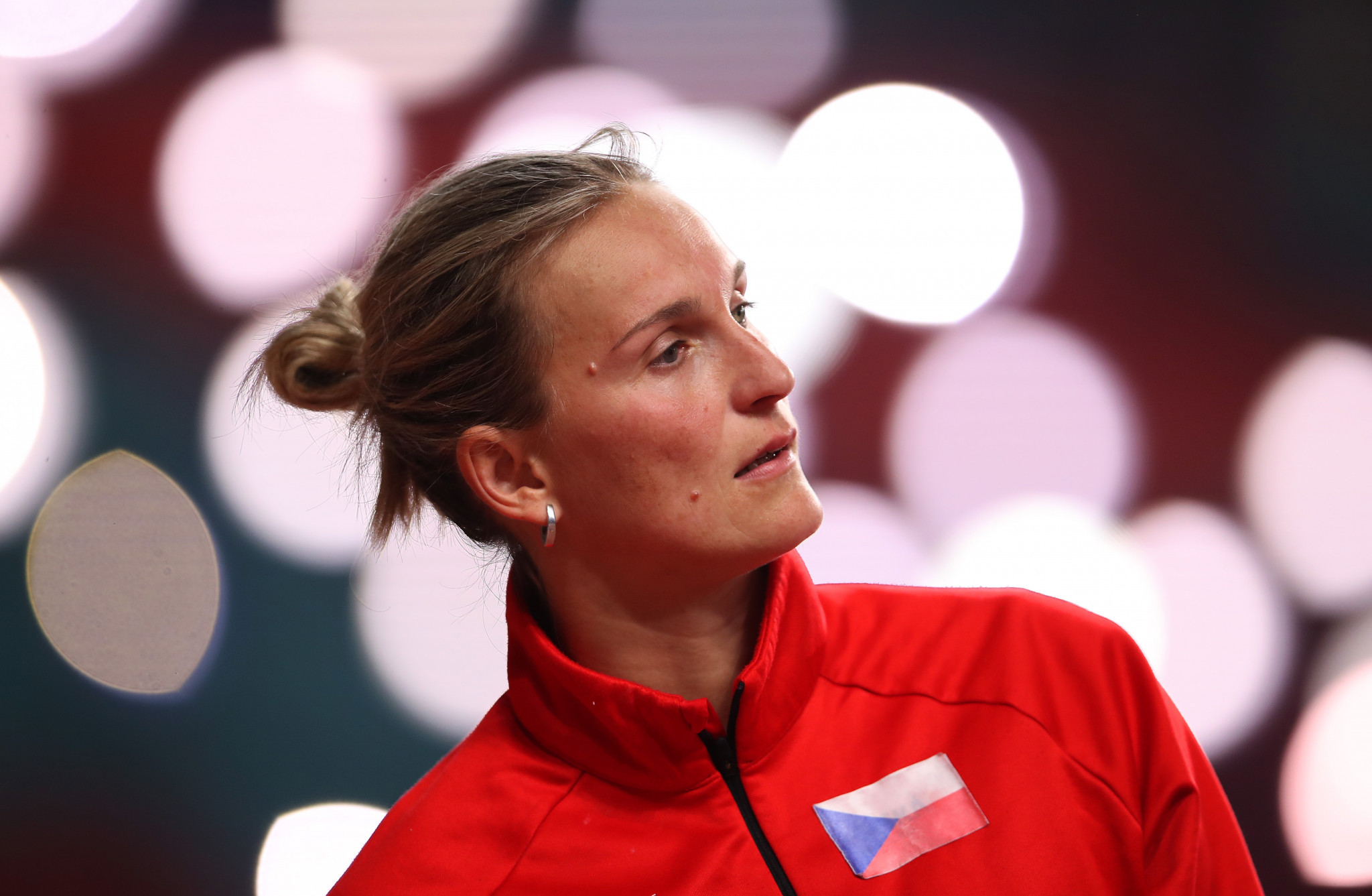 World javelin record-holder Barbora Špotáková has said a decision on whether to postpone her retirement in order to compete at the rescheduled Tokyo 2020 Olympic Games will be taken later this year.

The postponement of Tokyo 2020 to next year due to the coronavirus outbreak has forced athletes across the globe to alter their plans.

Špotáková harboured aspirations of winning her third Olympic title in her fifth Games appearance this summer before embarking on the next chapter of her life away from competitive sport.

The 38-year-old Czech is still motivated to compete in late summer competitions this year and is also open to the possibility of taking part in the 2020 European Athletics Championships, due to be held in Paris from August 25 to 30.

"I will see in the autumn and I believe the motivation will come," Špotáková told Czech newspaper Deník.

"I am optimistic but at the moment there is no right time to decide.

"However, I have a young coach and the cooperation is working very well so it is definitely not a worry that I am looking forward to the end.

"It is a good cooperation, so I can imagine continuing into the next year."

Špotáková says her off-season, which she spent in Lanzarote and at home in Czech Republic, went well and while her main base in Prague has been closed indefinitely, training continues without too much in the way of disruption.

"I have a lot of things to do at home," she added.

"Dukla [Stadium] is closed but I am in touch with the coach and it works.

"The main preparation for the season has finished, so I have no problem training even in these conditions.

"I train at home and run outdoors in the woods or in the garden."

Špotáková set a still-standing Olympic record of 71.42 metres at Beijing 2008 before breaking the world record with a throw of 72.28m in German city Stuttgart a few weeks later – a mark which looks poised to celebrate its 12th year on the books this September.

She won three world titles in 2007, 2011 and 2017 and completed the set of major javelin titles by triumphing at the European Championships in Zürich in Switzerland in 2014.

Špotáková recovered from a broken foot to add an Olympic bronze medal to her collection at Rio 2016, before winning her third world javelin title in London the following year.

She has not reached a major championships podium since then, but she can be forgiven for the dearth of silverware over the last few seasons.

Špotáková missed the 2018 season to give birth to her second child, but she did manage a ninth-place finish on her return to international competition at last year's World Athletics Championships in Qatar's capital Doha.

It suggests she will still be a factor at Tokyo 2020, scheduled to take place from July 23 to August 8, 2021, if she chooses to extend her illustrious career for another year.