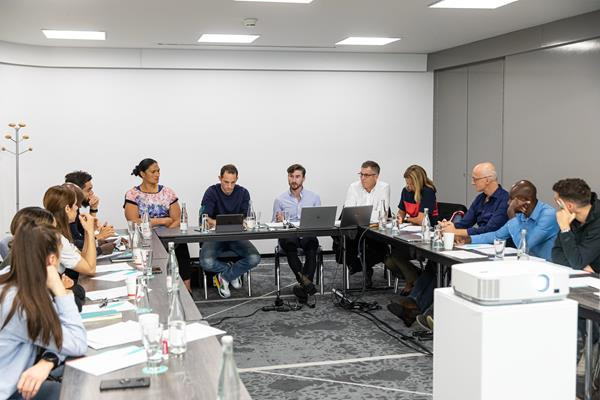 World Athletics' Athletes' Commission has welcomed the postponement of Tokyo 2020 by the the International Olympic Committee (IOC) and Japanese Government.

Originally scheduled for July and August 2020, the Games will now take place in 2021 after the COVID-19 pandemic forced organisers into postponement.

In a statement, the Athletes' Commission said: "We believe that this decision not only provides the clarity that athletes were seeking in these trying times but also allows athletes to focus on staying healthy and helping combat this unprecedented global health crisis."

There had been many calls for the IOC to make this decision after athletes, including heptathlon world champion Katarina Johnson-Thompson, highlighted their inability to train under the restrictions put in place by multiple Governments.

People have been told to leave their homes only for essential travel in many parts of the world.

"We understand that many questions remain unanswered, and as we move forward, we will continue to work closely with World Athletics and other athlete groups in our sport to provide answers to those questions", the statement continued.

"We have begun working with World Athletics to explore the possibility of providing athletes with competition opportunities this year, provided that it is safe to do so.

"We expect to be part of the review process of the current Olympic qualification system, and will ensure that athletes' concerns are taken into consideration before any amendments to that system are implemented."

It follows in the footsteps of numerous International Federations and National Olympic Committees in supporting the move to postpone Tokyo 2020.